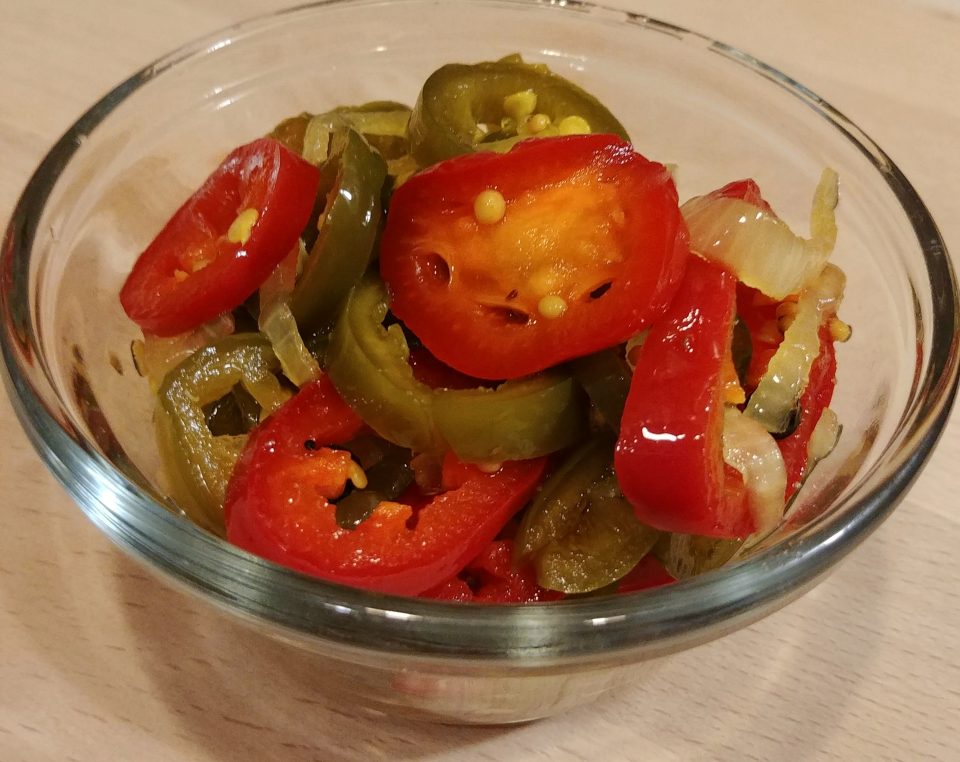 Yes – technically the line should be “HOT, sweet and sticky” for these jalapenos, but close enough for a food blog.

I have never owned a Montrose album. Never saw Montrose in concert. I would definitely not call myself a Montrose fan. Nevertheless, Montrose was a major part of my AM Rock Radio Music Education. DECADES after hearing many of these songs – as I listened to their self-titled album and those AM hits played – I can still sing-a-long – triggering memories of driving my Rally Sport Camaro,  windows down, WTAC playing on the radio. Out of the handful of Montrose hits, “Rock Candy” stands out as my enduring favorite. A wicked guitar riff with gut-rocking vocals and that ’70s brand of thinly veiled sexual innuendo lyrics. It sounds a little dated now, but teenage me loved the fuck outta this piece of cheese rock.

It’s also the logical name for a pickled jalapeno recipe I’ve used since the Cha Cha Hut BBQ Days. It’s even included in the Hut’s cookbook. I those days, I called these Cowboy Candy, mostly because I had a rock candy-based BBQ sauce called “Rock Candy”. (I sadly lost the recipe for that, but I don’t remember it being that great.) These differ from standard pickled jalapenos by using a bread & butter pickle brine. The addition of white and brown sugar results in a sweet heat that mellows over time. They are somewhat ready to use after three days but hit their peak after a week.

In addition to the usual sandwich topping – like the Mexican Radio Dog – these are great in place of any sweet pickle in a recipe. They will still add the sweetness but also an additional kick of heat. They are also a staple for any nacho or taco recipe at the Grill Club.

Let the jars sit, uncovered, on the counter for an hour. Cover and place in the fridge.

These will mellow the longer they sit in the brine. They are ready to eat after three days but really come together after a week or so.