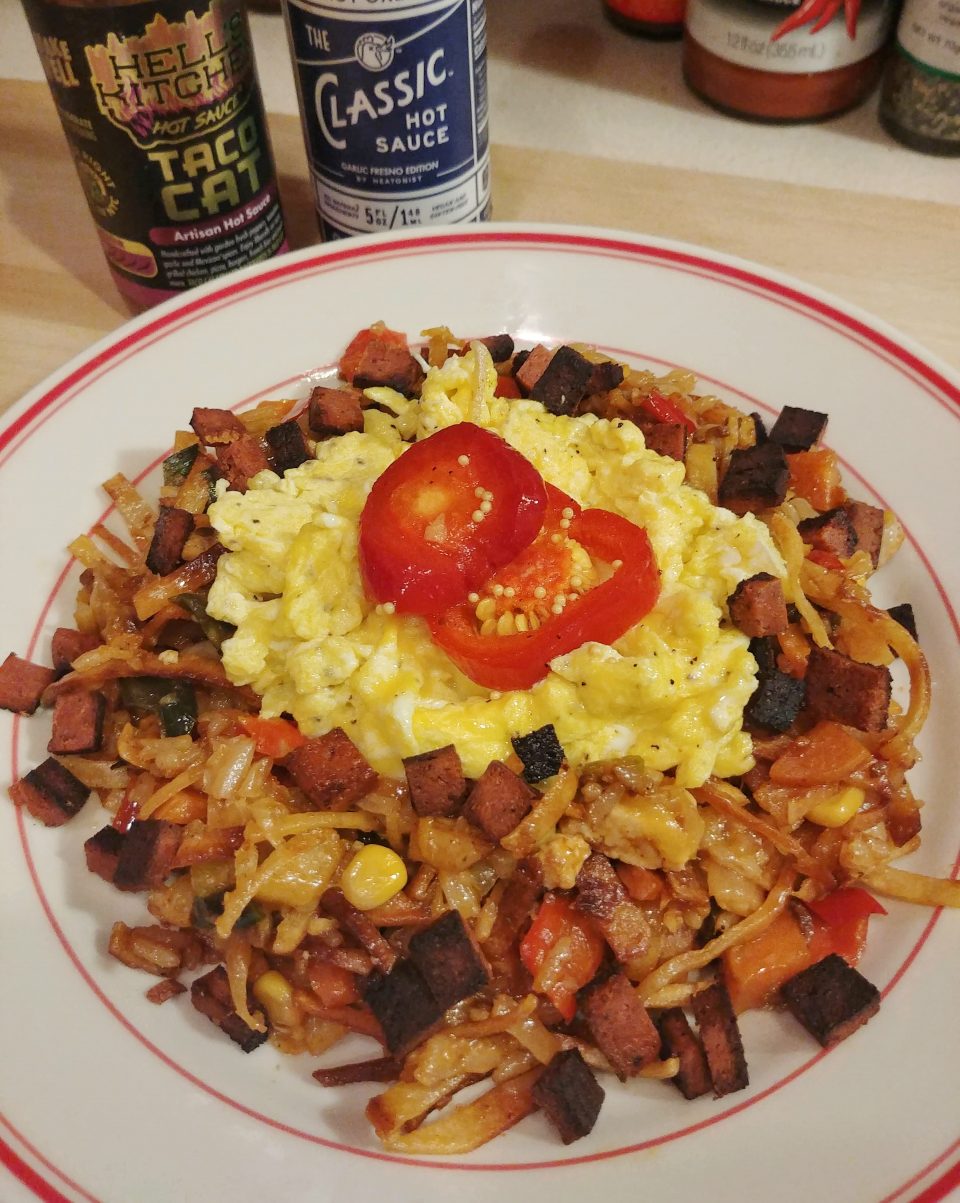 “In the kitchen, wrist twistin’ like a stir fry”

Migas is a dish consisting of corn tortilla strips fried on a pan or griddle until crispy, to which eggs are then added to create a scrambled egg & fried tortilla synergy. The Tex-Mex variation adds onions, peppers, cheese, and salsa or pico de gallo.

Migos is a Lawrenceville, Georgia group consisting of the rappers Quavo, Offset, and Takeoff.

Stir Fry is a cooking technique in which ingredients are fried in very hot oil while being stirred in a wok or skillet. It is also a single Migos released in 2017 and one of the greatest long-form kung-fu tribute videos in the history of rap.

My love of migas stretches back many years. I first had it at a rare Sunday brunch excursion to Lobo in Brooklyn. The owner was from Texas so the menu was his favorite Tex-Mex dishes. To this day it’s the only migas I’ve found in NYC though I haven’t really been searching. It’s certainly not the healthiest of breakfast options, but it damn better than most brunch items in NYC.

Traditional migas are simple: fried corn tortilla strips, scrambled eggs, some meat, and some pico. I wanted to get closer to the spirit of the dish’s theme song so I grabbed some leftover Rice Rice Baby to replace the pico.  I was concerned the rice and Asian flavors would affect the finished dish, but it actually worked quite nicely. The fried rice added extra vegetable content and a bit more texture.

Keep the garnish simple: jalapenos, a bit of bacon, and hot sauce. It’s traditional in Texas to serve this with salsa, guacamole, sour cream, and whole tortillas so you can assemble migas breakfast tacos. That’s more work than I want for breakfast so I just dig into the plate with a fork.

In a small bowl, lightly whisk the eggs, season with salt & pepper, and set aside.

Heat a skillet over high heat. Add 1 tablespoon of oil and heat until shimmering. Put tortilla strips in the skillet and toss to coat with oil. Fry until golden and crispy. Remove from skillet to a plate and set aside.

Reduce the skillet heat to medium-low and add another tablespoon of oil. Pour the eggs into the pan and scramble stirring constantly. You want a fluffy big curd scramble, not a fancy French technique creamy scramble. When done, transfer the eggs to the plate with the tortilla strips and set them aside.

Bring the skillet heat up to medium and add the last tablespoon of oil. Put the fried rice in the pan and toss to coat with oil. Cook until the rice is heated through. Add the reserved tortilla strips and toss to mix thoroughly. Finally, add the cheddar cheese and toss to combine and melt the cheese.

To serve, place the rice & tortilla mixture on a plate and make a well in the center. Spoon the scrambled eggs into the well. Top with a couple of jalapenos and bacon bits. A few dashes of hot sauce are also perfectly acceptable.