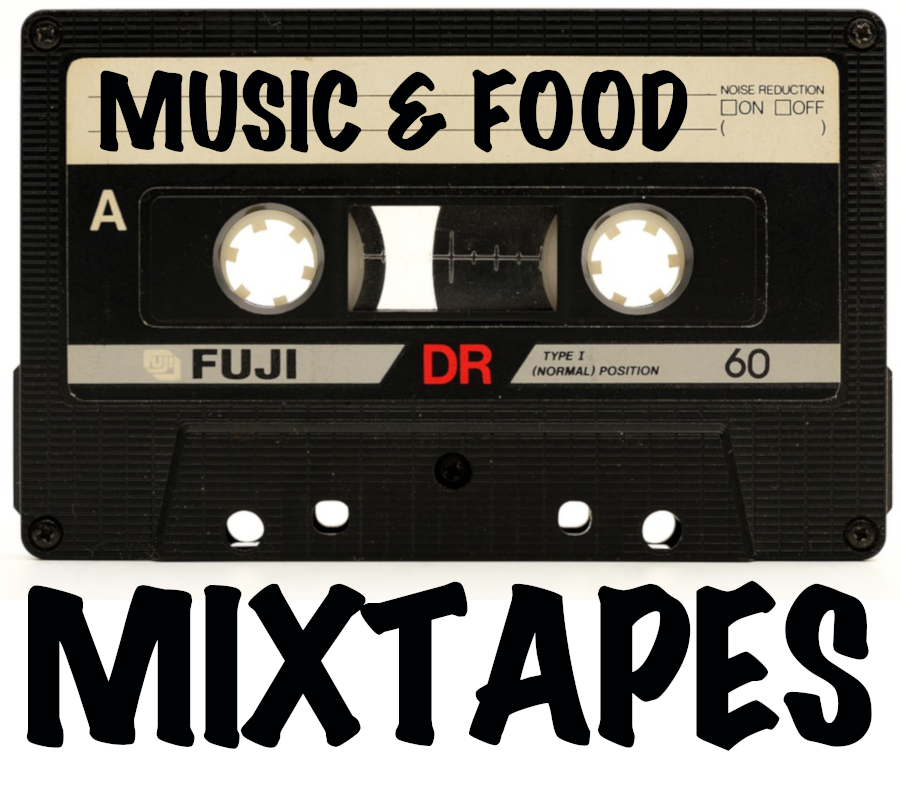 I don’t know about you, but I simply cannot cook without music playing. Over the years, I have created a variety of playlists for restaurants, bars, and commercial kitchens. When I started the More Recipes About Music & Food project, I also started a Spotify playlist for the project. So, when I started publishing zines based on that project, it logical to create playlists (or “mixtapes” if you are of a certain age) for each issue. Perhaps they’ll help you get through a day in a hot kitchen or inspire you to cook instead of ordering delivery. I would love to hear from you about music & food. Please drop me a line.

The project & playlist that started it all. Covering all the recipes and songs in the Music & Food zines plus more! 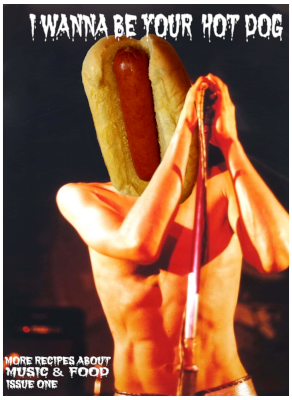 What started as an Iggy Pop inspired Dad Joke is now the first issue of More Recipes About Music & Food, a musically inspired food zine. A recipe mixtape of 14 regional hot dogs (one is actually a bratwurst) and liner notes on their inspiration. Featuring the music of The Beastie Boys, Wall Of Voodoo, Bon Jovi, Screaming Trees, KISS, The Killers, and many more. It’s the perfect soundtrack for grilling season or really any time the hot dog hunger hits you.

I WANNA BE YOUR HOT DOG MIXTAPE 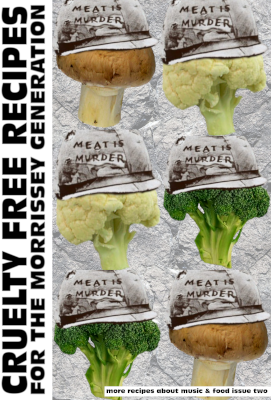 MEAT IS MURDER: CRUELTY-FREE RECIPES
FOR THE MORRISSEY GENERATION
Buy the zine | Buy the t-shirt

The second release in the Music & Food series is without a doubt an obvious one. When given the Holy Grail of musically inspired vegetarian recipe zine titles, one does not ignore an opportunity – one leans into it. So I created a 14 recipe “mixtape” at the crossroads of the retro love of Mozzer and the current vegetarian/vegan zeitgeist. Featuring songs by AC/DC, Queen, Nancy Sinatra, Simple Minds, Pink Floyd, and many more.  A tasty soundtrack for murder-free meals. 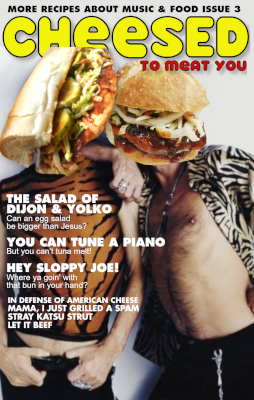 CHEESED TO MEAT YOU
Buy the zine | Buy the t-shirt

The third issue of Music & Food is a tribute to my favorite 70’s rock mag & a 14 recipe “mixtape” of delicious fillings between some form of bread. Featuring songs by REO Speedwagon, Queen, Groove Armada, Spice Girls, The Replacements, and many more.  A tasty soundtrack for exploring the existential conundrum of “what is a sandwich.”

CHEESED TO MEAT YOU MIXTAPE 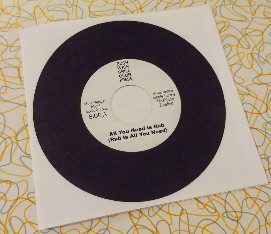 My first recipe single brings together 3 spice rub and 3 sauce recipes (plus a bonus drink recipe) in mini zine form. 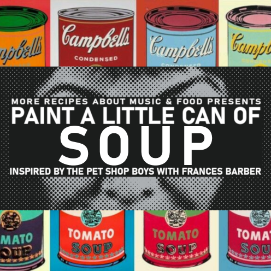 PAINT A LiTTLE CAN OF SOUP
Buy the zine

Every season is soup season. This four recipe single is inspired by Andy Warhol, The Pet Shop Boys, Frances Barber, and, of course, musical puns.

PAINT A LITTLE CAN OF SOUP MIXTAPE 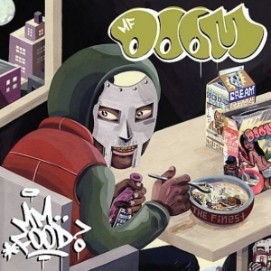 A current work in progress, I am creating recipes for (almost) every track on MF Doom’s Mm..Food album. While I’m still in the R&D phase, enjoy this mixtape edit of the album featuring the tracks I’m cooking.

At the crossroads of my obsession with hot dog rec

I woke up in a Soho doorway. A policeman knew my n

Though it's traditionally "Taco Tuesday," I think

For my 3000th post, I decided it was time to intro

I check the dictionary for the meaning of friend.

While I firmly believe every season is Soup Season

Can we have tacos for breakfast, mummy dear, mummy

Dinner last night was a bit of comfort food recipe