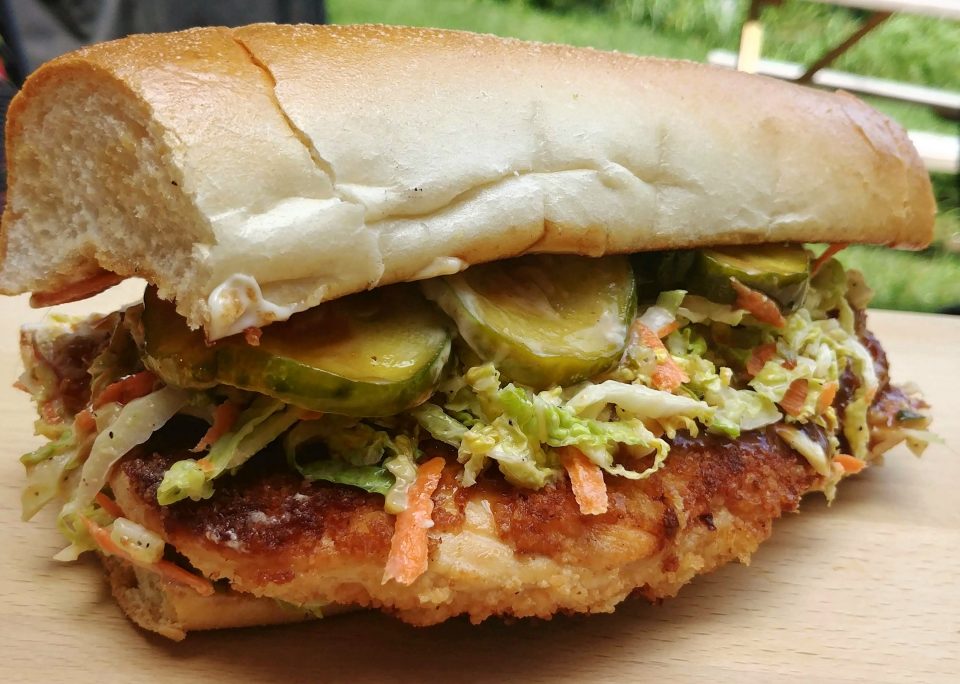 “I wish I could be as carefree and wild, but I got cat class and I got cat style”

I went to college in the ’80s. (Yeah, I KNOW I’m old AF.) It was there my full-on collector scum music geek was born. I worked at a semi-legendary record store that carried an incredible array of genres and was staffed by a crew just as music geeky as me. One of my co-workers introduced me to rockabilly, both the classic stuff like Wanda Jackson, Carl Perkins, and The Collins Kids as well as the revival bands like Robert Gordon, The Milkshakes, and the punk-a-billy Cramps. It was a glorious deep dive into a genre I was not exposed to in high school. Of course, around this time MTV lanched and the rockabilly revival would get its corporate for-the-masses co-opting in the form of The Stray Cats.

The music nerd in me hated them. Slick overproduced pop-a-billy aimed at midwest mall shoppers who wouldn’t know REAL rockabilly if it came up and punched them. They were posers, pretenders from New York, all gloss and no heart. The interesting thing is, those same midwest Mallrats watching The Stray Cats on MTV started coming into the store looking for the bands and artists that influenced them. It was a turning point in my music nerd philosophy. Maybe major label MTV-worthy bands actually help promote lesser-known bands. It was literally a sea-change moment in my musical education. Plus, a pretentious-free deep dive into the Cats proved they actually were a pretty great fucking band.

Why discount or belittle any creator? What’s the point of judging one thing against another? Is the original better or does the revival have something of its own to say?” What really does “authentic” mean? Here’s the remarkable thing, every single preceding question applies to both music and food.  Bands like The Stray Cats get busted for being a riff on a “real” genre when in fact they are loving fans and the next generation of artists contributing to and keeping the genre alive. The same is often said of new food creators. I still hate the “elevating” genre mindset, but if you want to lay down a solid classic dish reviving a genre (even if gussied up slightly), I’m cool as long as it’s fucking delicious and not outrageously priced.

This is a roundabout way of explaining how this recipe came together. I love YouTube Asian Food videos, especially Japanese & Korean food videos. In addition, my social feed has a shit ton of sandwich photos and recipes. That meant the inevitable Instagram Worthy Katsu Sandwich recipe. I live in Bushwick which means unless I wanted to make some serious shopping plans I needed to find local ingredients. Given “milk bread” is a usual Katsu sandwich ingredient, I knew I’d have to improvise (a.k.a. “do a revival”).

There are some differences between U.S. fried chicken cutlets & Japanese Katsu. The biggest is perhaps the breading. The U.S. generally goes “flour/egg/breading”. Japanese Katsu goes “egg/breading”. It’s a 3-chord vs 2-chord rock thang. (I know “Stray Cat Strut” isn’t a 2-chord track but deal with it.) The end result (regardless of your rock affiliations) is a light & crispy cutlet better than the heavy Southern tradition Definitely the best shallow fried chicken I’ve ever had.

Then came the attempt to make an “authentic” sandwich. Multiple test kitchens using milk bread substitutes (challah & brioche) honestly failed. Challah was good but overwhelmed the cutlet and required too thick a slice making a lousy bread to meat ratio. The brioche was a total fail: too small a loaf and too weak to stand up against the sauce and juiciness of the katsu.

That’s when I turned to The Stray Cats for guidance. Why was I killing myself trying to be authentic or meeting some food dork baseline for this sandwich when I could make something that made me happy? And so the Stray Katsu Strut was born.

This is a straight-up hillbilly/rockabilly version of a chicken katsu sandwich. I’m all in on the cutlet breading because it’s light AF and works brilliantly here. Tonkatsu Sauce is the BBQ sauce you always wanted but never knew you could create in 5 minutes. A slaw made with pickled jalapenos plus a few more pickles as topping? If you’re not down with that I seriously can’t help you. Finally, we could debate the mayo aspect but – fuck it – if you’re a hater just leave the mayo off.

Cut this bitch in half – it’ll still get messy as hell – and maybe share with a friend who can appreciate both the hardcore authentic base and the pop revival it embraces.

Start by cutting the sub rolls in half lengthwise. Heat a bit of butter in a skillet and toast the sub rolls. Starting with the bottom part of the sub roll, spread a bit of mayo then drizzle on tonkatsu sauce. Top this with a handful of the pickle slaw. Place a katsu on top of the slaw. Drizzle tonkatsu sauce on the katsu. Top katsu with another handful of slaw and some bread & butter pickles. Spread some mayo and drizzle tonkatsu sauce on the toasted side of the top roll and place it on the sandwich. Repeat for the second sandwich. Grab a few napkins, it’s going to get messy.

Place the panko in a ziplock bag and use a rolling pin to crush the panko. You want to achieve a uniform size of panko crumb. Place crushed panko in a shallow dish.

Crack two eggs in a second shallow dish and add a teaspoon of kosher salt. Whisk to combine and scramble the egg.

Lightly pound the chicken cutlets to get a uniform thickness. Then, using the wet hand/dry hand method, drip the cutlet in the egg to coat both sides. Then transfer to the panko crumbs and coat both sides in crumbs pressing lightly to adhere. Place the coated cutlets on a plate and set them aside.

Heat the vegetable oil and a few crumbs of panko in a skillet over medium heat. When panko takes on a golden brown color the oil is ready for frying. Place the cutlets in the skillet and fry for 2-3 minutes keeping an eye on the temperature so they do not burn. When the cutlet is golden brown, flip and cook on the other side for another 2-3 minutes. When cooked and golden, transfer to a paper towel-lined rack to rest for 5 minutes.

In a medium bowl, toss cabbage, carrot, and pickles together. In a small bowl, combine vinegar, pickle juice, sugar, garlic powder, salt, and pepper and whisk until thoroughly combined. Pour dressing slaw mix and toss to coat. Place in an airtight container and let rest in the fridge for at least an hour before using it.

TONKATSU SAUCE
Makes about a half cup

In a small bowl, stir together ketchup, Worcestershire, soy sauce, mirin, sugar, mustard, and garlic powder. Use immediately or store in an airtight container in the refrigerator for up to a month.