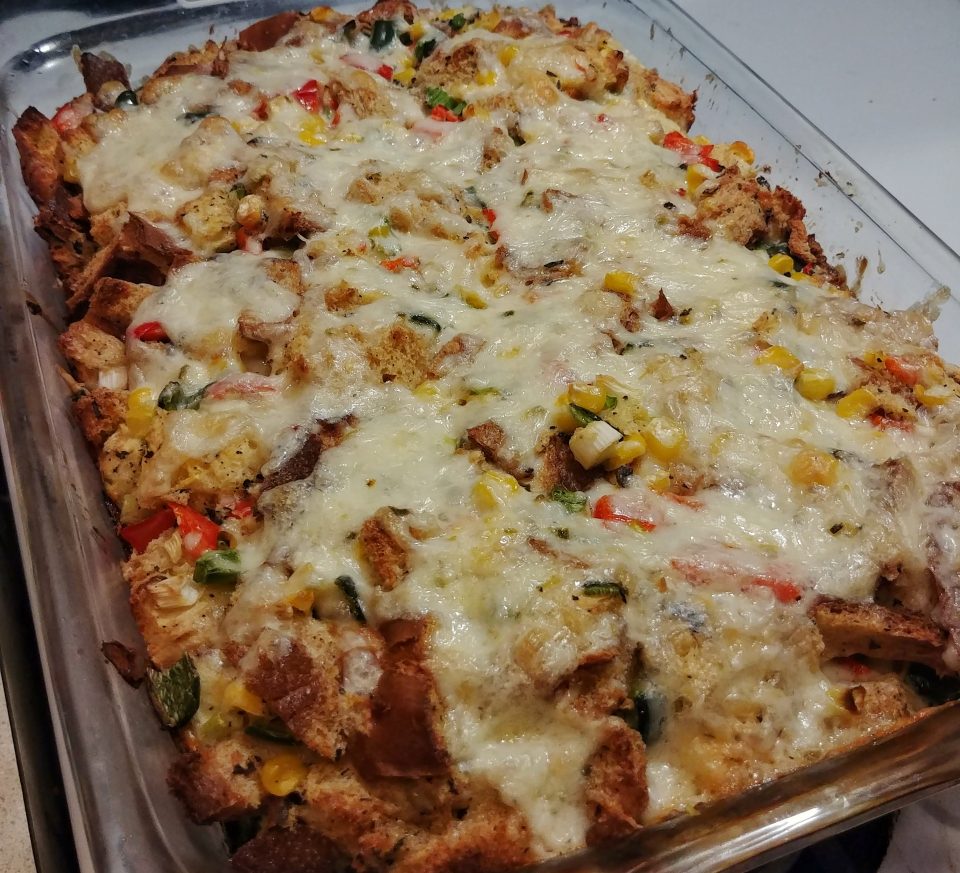 “Here we go on a ride with the new Freestylers”

I was lucky enough to work in the music biz at the start of modern dance culture. Sure, there was soul, R&B, disco and a variety of other dance genres over the years, but the ’90s became a nexus for the explosion of dance culture and dance genres. The DJ became a superstar. The logical culmination of 30 years of soul, new wave, and hip hop would ultimately distill into the PLUR (Peace Love Unity Respect) Rave Culture then shatter into a million sub-genres.

One of my favorite of these sub-genres was (and honestly is) Breakbeat which utilizes “breaks” often sampled from earlier recordings in funk, jazz and R&B, for the main rhythm. Breakbeats have a long history in hip-hop but in the ’90s became the core for jungle, drum & bass, big beat, hardcore, and UK garage. I can claim fandom for basically all of these except hardcore. I just never could get with that shit.

Of the many many brilliant breakbeat bands started in the ’90s, The Freestylers remain my favorite. A fucking brilliant blend of breaks, hip-hop, big beat, and U.K. dancehall, I pummelled We Rock Hard to death when it was released. There is a straight-up infectious joy in this album that inevitably leads to dancing like no one is watching (even if they are). Many of the breakbeat artists of the time were, to say the least, one-hit wonders. Not surprising as the EDM culture is a single driven dancefloor monster. The Freestylers were certainly an exception to this rule continuing to explore breakbeat culture and dancehall influences to create fresh deep vibes still relevant 20 years after their debut. 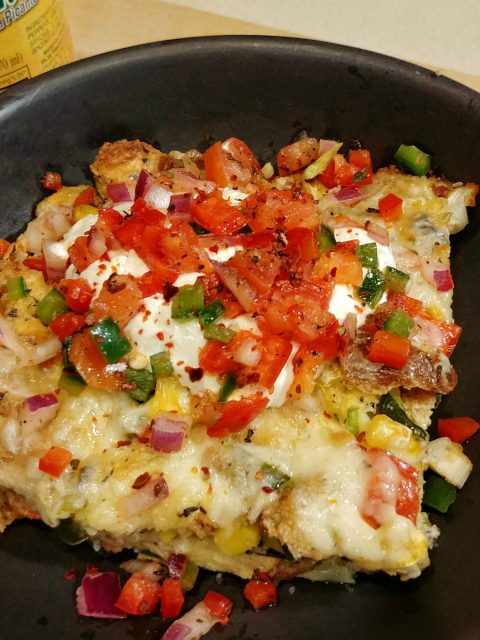 Which brings me to this recipe. A recent series of test kitchens left me with an excess of expensive bread (challah & brioche ain’t cheap) and with only two people in the house I needed a plan. My mind immediately went to a bread pudding, Sure, this is usually a dessert item, but I wanted something more main course as I had no main course that night. We could debate whether this is a strata, but it isn’t because I’m not layering (a.k.a., “strata”) the ingredients. It’s bread pudding, plain and simple, but it just happens to be savory.

Here’s where the freestyle part comes in – this is exactly the recipe I put together the first time I made this. The photos? Yep, the first run, the first cook. Much like the joyous mash-up of The Freestylers’ production, freestyling a dinner dish can be a revelation.

This started with a combined 8 cups of challah, brioche, and whole wheat bread. Many bread pudding recipes call for whole-grain bread (like whole-wheat or rye) or high crumb bread (like French baguette or Italian). Honestly, I’ve never found a bread that didn’t work in bread pudding.

What we have here is what I call a “What’s In The (Ice)Box” recipe. In this case, it’s a vaguely Mexican inspired bread pudding based on some frozen corn, a few peppers & scallions in the crisper, a block of Pepper Jack, and whatever appropriate spices I had in the pantry. Honestly, this could have gone a dozen other ways depending on pantry/fridge ingredients but I live in a Latin neighborhood so most often I freestyle Latin.

Learning to freestyle is the greatest skill any cook can master. It’s kitchen sink cooking. Grab a bunch of stuff from the fridge. Saute. Maybe throw in some leftover rice and stir fry. Got an egg – fry it and place on top. BOOM! You’ve got dinner in a bowl. With bread pudding, it’s the same riff. A few cups of vegetables (maybe 3 or so), some bread (8 cups for 6 servings), maybe some meat (pre-cook if raw or sausage otherwise chop and add), sprinkle with some herbs, spices & cheese then hit that mix with about 6 eggs & 2 1/2 cups of milk. Soak for a few hours then bake that shit. BOOM! A dinner that looks WAY fancier than it was to make. Toppings are your choice.

Combine bread, vegetables, half of the Pepper Jack cheese, and spices in a large bowl. In a separate bowl, whisk together the eggs and milk. Pour the egg mixture over the bread mixture and carefully fold to coat everything. Cover the bowl and place in the refrigerator for six hours.

After the bread has been given time to absorb all the egg, take the bowl out of the fridge and let it rest at room temperature while to prepare to bake.

Preheat your oven to 350°F. Butter the bottom and sides of an 11”x7” baking dish. Pour the bread mixture into the dish and smooth out to an even layer and press it lightly into the dish. Place in the oven and bake 30-40 minutes until set in the center, puffed up and browned lightly. Sprinkle the remaining cheese over the top and place back into the over 10-12 minutes until cheese is melted and bubbly.

Remove from the oven and let rest for 10 minutes before cutting and serving. I suggest a bit of sour cream, pico de gallo and Valentina hot sauce.