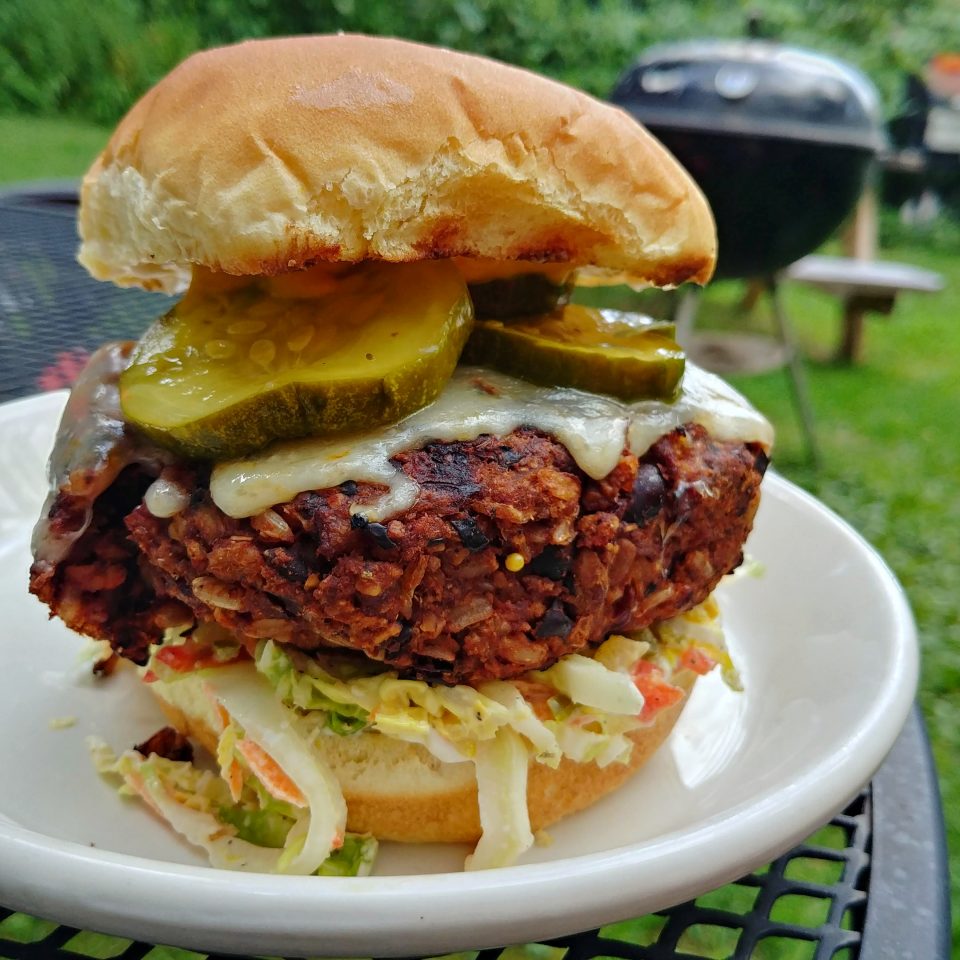 (“I try all things, I achieve what I can.” – Herman Melville)

Every cook has their White Whale recipe…

Look I get it – John Bonham is a rock icon, a god to drummers, but for fuck’s sake a drum solo is BARELY tolerable in a live concert so why the fuck put one on a studio album? Maybe it’s meant to instill Ahab’s frustration in the listener as we power through to get to the climactic finale of the song. All apologies to the drummers out there (and I’ve been friends with a few over the years) but you’re the foundation, not the frontman. Stop with the solos.

It’s surprising that after two years of the Music & Food project, this is my first Led Zeppelin-inspired recipe. I was a major fan in high school owning every album through In Through The Out Door. The last two albums were a bit hit or miss, but Jesus Fricking Christo name me another band of the time to crank out so much brilliantly iconic rock music. (Fuck you Beatles fans! They were pop & mostly sappy.) I’m more than happy to debate the Stones & Who output during Zep’s existence, but you’re going to have to defend output quality and sheer Rock Godhood, no one owned ’70s Rock like Led Zeppelin.

They also recorded a 4 1/2 minute (though depending on what edit you’re listening to, some clock in at 4:20. Get it?) instrumental on their second album named for the Herman Melville novel “Moby Dick.” An odd move, most rock bands with a lead vocalist like Robert Plant would not be laying down an instrumental, much less one with an extended drum solo, on their second album, but that’s kind of what makes me respect Zeppelin. It’s a “fuck it” attitude and (going a bit too far with the music nerd interpretation shit) a nod to the “white whale” of artistic integrity that led Zep (get it?) to put this on the album.

And that White Whale Pursuit is precisely why this recipe gets the Zepplin “Moby Dick” nod.

I have been on a “grilled black bean burger” recipe quest for close to a decade. There was one legendary night when I supposedly accomplished this feat but sadly, like much of that time in my life, it was lost to “impaired grilling” and zero recipe notes. Since that night (and honestly, I’m betting the burger REALLY sucked but we were – how shall I say it – culinarily lubricated), I have been on a mission to find a black bean burger I could throw on the Weber Grill.  I was positive I did it once, so how hard could it be to do it again.

Literally every single year for the last seven, I have hit The Interwebs and recipe sites and food blogs and cookbooks and any fricking other resources to find my White Whale, my Moby Dick, a delicious grilled black bean burger. According to my notes, I was currently at Version 7.0 before this recipe. As much as I hate to admit it, an exploration of vegan cooking finally yielded the key to The Temple Of The Grail. Black beans, rice, walnuts, mushrooms, & a bit of panko coming together without any eggs or dairy was kind of a revelation. I was betting on another false hope.

Seriously – the photo on the left is the burger before grilling. Zero mushiness – beautiful pre-cooked texture – I could imagine using this as black bean veg crumble sauteed in a bit of oil. There is zero egg binding this together – just the beans, veg, & rice.

Now, look at the right – yeah that’s after the grill flip. Brilliant burger crust, cheese melting in a melty cheese kinda way, fricking solid overall. This is what I’ve spent seven years chasing and suddenly it comes together. Am I happy? Sure, but it does not mean I am at the end of my Ahab’s Quest.

Assembled, these black bean burgers were the best I’ve done in years of research. However, they still need tweaking. I went a bit too thick with the patties. I think creating 6 burgers out of this recipe (I did 4) would result in a better burger. They still had that “veg burger mushiness” factor that a slightly smaller weight burger would solve. I went with Muenster cheese because it is edible lactose gold, but it should have been American Cheese.

Otherwise, this was kind of spot on. The patty recipe is vegan so it’s up to you how to proceed. Hit this with some cashew cheese sauce and vinegar slaw and you’re Vegan Good To Go. Throw some bacon on top and you’re in delusional healthy carnivore heaven.

In the same skillet, heat the olive oil over medium heat. Once hot, add the onions and garlic, and saute until soft, about 5 minutes. Then add mushrooms and salt. When the mushrooms start releasing water, add the cumin, chili powder, smoked paprika, chili powder, thyme, and black pepper. Keep sautéing until all the liquid evaporates.

In the meantime, grind the toasted walnuts in the food processor until they resemble breadcrumbs.

Place the black beans in a large bowl and gently mash with a fork. Do not over mash or the burgers will turn out mushy. You want to leave about 3/4 of the beans only partially mashed. Then add the cooked brown rice, sautéed mushrooms with all the spices, ground walnuts, breadcrumbs, and ketchup to the bowl. Mix until everything is well incorporated. Taste and adjust the seasoning as needed.

Divide the burger mixture into 4-6 patties. Pack them firmly.

If you’re using charcoal to grill, light half a charcoal chimney of charcoal and set up a two-zone grill (hot side / cool side). If using a gas grill (and I’d love to mock you but you’re reading this so ok – thanks) light half the grill to medium-high. Once the grill is ready, place the burgers over direct heat and grill for 5-6 minutes.  Gently flip the burgers, add cheese, and continue cooking for another 4 minutes. While burgers are cooking, toast the potato rolls in the indirect zones. Pull surplus burgers into the indirect zones to keep warm.

Assemble according to the recipe above or however you see fit.

In a medium bowl, toss cabbage, carrot, and pickles together. In a small bowl, combine vinegar, pickle juice, sugar, garlic powder, salt, and pepper and whisk until thoroughly combined. Pour dressing slaw mix and toss to coat. Place in an airtight container and let rest in refrigerator at least an hour before using it.