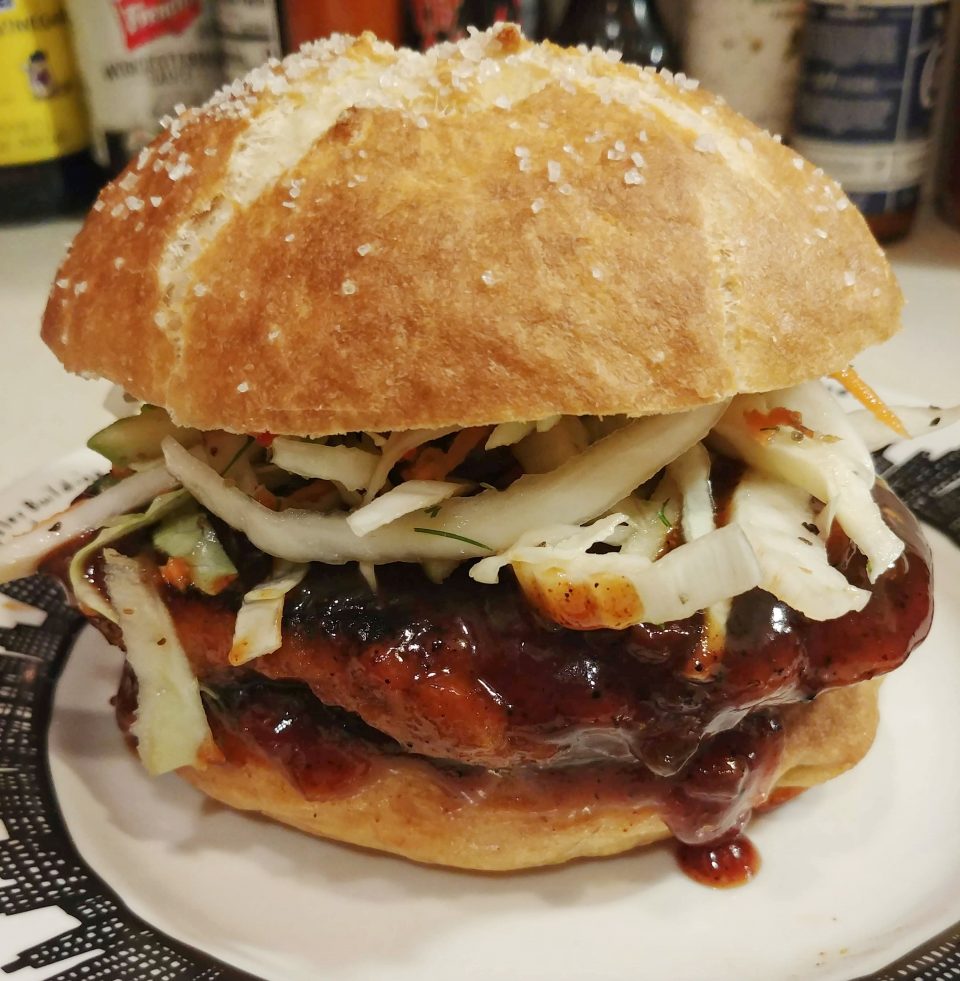 “Well, if she had me back again, oh, I would never make her sad”

Until this recipe theme, I never really considered my relationship musically to the British Invasion. Sure, I’ve made plenty of recipes for Music & Food inspired by British Invasion bands, but honestly, most of those are the usual suspects: The Who, The Beatles, Led Zepplin, and The Rolling Stones. I know there are countless better genre-defining bands from this era, but I really never spent much time listening to them. Despite being known for launching the careers of Eric Clapton, Jimmy Page, and Jeff Beck, I think The Yardbirds are massively underappreciated. Listen to any of the US garage rock from the ’60s and you’ll hear a direct link to The Yardbirds (among many other UK bands). That the various parts of The Yardbirds would go on to be more successful than The YardBird whole should not diminish the great British rock-pop-psychedelia they were making before “getting famous.” Sure, I could have gone for the obvious hit, “For Your Love,” but for me, the theme song here is a brilliant example of The Yardbirds’ cool. The killer guitar riff, slightly plaintive and ultra-hip vocals, and attitude without being aggressive.

All of which really has nothing to do with why this sandwich is called The Yardbird. In Southern slang, a “yardbird” is a term for a chicken usually after it’s been cooked. When I was revising a menu for a pub, I decided to add a fried chicken sandwich as that was the big food trend at the time. For R&D purposes, I started calling it a Yardbird and the name stuck. I think mostly because the British owner thought I was referencing the band and I never stopped to correct him. Three years later, I’m proud to say that pub still serves my Yardbird recipe.

Which is not this recipe. That recipe uses chicken breast crusted in crushed pretzels and deep-fried then tossed in a sambal honey sauce and topped with pickled slaw. It was my riff on a hot chicken sandwich and it was spicy AF. I didn’t feel right publishing that recipe, so I decided to go #vegan4omnivores and completely re-imagine this sandwich. These chickwheat cutlets are great on the grill or on the stove making them perfect for all-weather cooking. I’m not usually a fan of really saucy sandwiches, but it really does pull this one together. Sweet Lightnin’ BBQ sauce is brown sugar and jalapeno with a great balance between sweet and spicy. The crisp apple fennel slaw adds a bit of crunch, acid, and fennel funk to keep this falling into the overly sweet BBQ realm. It ain’t going to be pretty to eat, but it’s certainly got a heart full of soul!

Coat the cutlets with 1 tablespoon of olive oil and coat with a generous amount of All You Need Is Rub. Make sure to get all sides of the cutlets covered. Set aside at room temperature for 15 minutes.

If you’re cooking these in your yard, set up your grill for indirect medium heat (around 300°F). Place the cutlets over the direct heat and cook until lightly charred and the rub takes on a crust. Move them to the indirect side of the grill and brush with the sauce. Flip and brush with more sauce. Let the cutlets cook until the sauce gets caramelized, 2-3 minutes. Remove from the grill and let rest for 2 minutes.

If cooking indoors, place a skillet (preferably cast-iron) over medium heat. Add the remaining two tablespoons of oil to the skillet and heat until shimmering. Place the seasoned cutlets in the pan and press with a grill weight or spatula. Cook 2-3 minutes per side until lightly charred and the rub forms a crust. Remove from the skillet and toss with the sauce to thoroughly coat.

Cut the pretzel rolls in half. Spread a bit of sauce on the inside of the top and bottom. Place a glazed chickwheat cutlet on the bottom roll. Top with half of the slaw and place the top bun on top. Repeat for the other sandwich.

Blend everything up to cider vinegar in a food processor until completely smooth. Combine with vital wheat gluten in a bowl, mixing completely, and let rest for 15 minutes.

Take the rested dough ball and knead for about 5 minutes until the dough is warm, stretchy, and smooth.

Divide the dough into six pieces and form into the shape of a cutlet. Wrap each cutlet individually loosely in foil making a packet. Place the packets in a steamer basket, cover the pot with a lid, and steam for 50 minutes. Once steamed, remove from the basket and place the packets on a cooling rack for five minutes. Unwrap the cutlets and return to the cooling rack to cool completely. Place in an airtight container and let rest in the fridge overnight.

ALL YOU NEED IS RUB
Makes 1 cup

Combine all ingredients in a large bowl. Mix well – your hands will work best for mixing. Store in an airtight container.