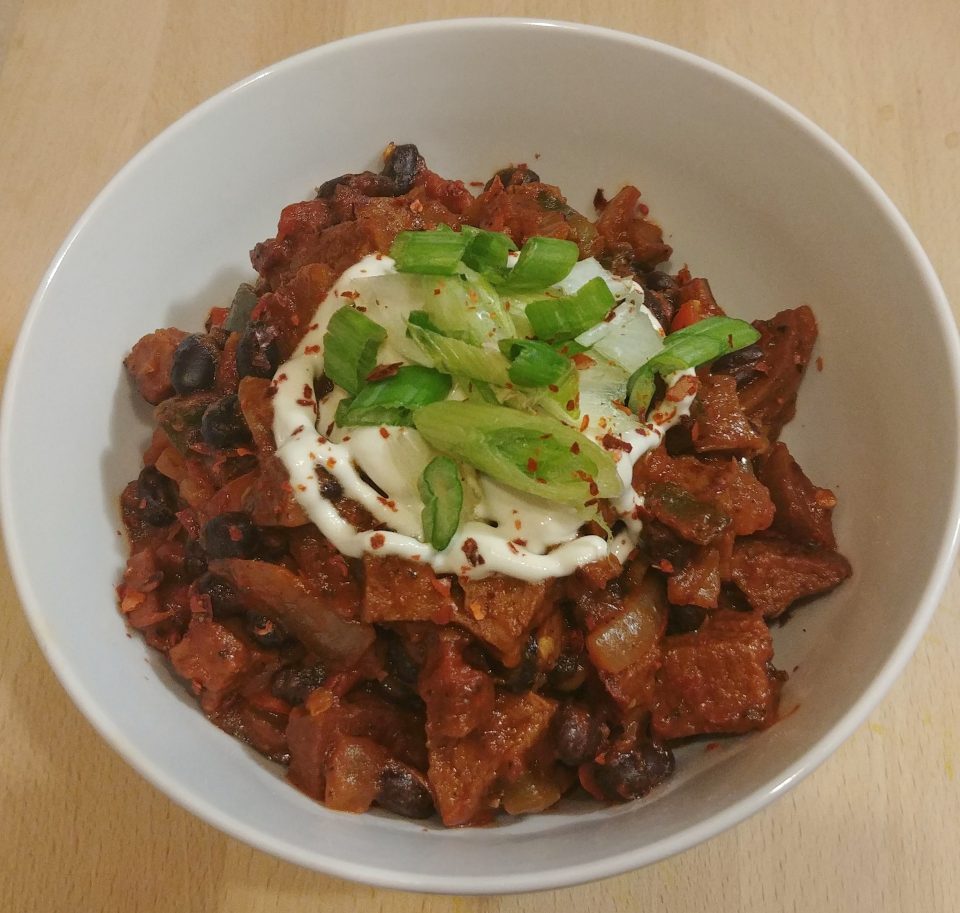 “She shoots colors all around, like a sunset going down”

As someone who’s not a major Stones fan, the fact this marks their fourth appearance in Music & Food is surprising. It’s also the second recipe inspired by an album title instead of a song.

I’m honestly not a big fan of this album. I get that everyone was doing the whole psychedelic thing in ’67, but the Stones really can’t pull it off. Certainly not as well as The Beatles did. This album feels clumsy, a bit of a sonic mess. It’s as if they are uncomfortable with the trippiness and just want to get back to the blues. I basically only really like “2000 Light Years From Home” and the track I chose as inspiration here. “She’s A Rainbow” is one of my Top 5 Stones tunes despite more than a few appearances in commercials. It was its use in a recent season of Legion that brought it back onto my listening radar. It’s a glowing ’60s pop love song that stands out as a shining beacon in the midst of an otherwise murky album. Plus, it’s an earwig that’ll stay with you for days.

This is basically a seitan remix of Chili Don’t Be A Hero, and the results are MUCH better. It’s not that I have anything against a vegan chili using tofu, but when you’re making a vegan version of what is traditionally an all-meat chili, seitan is your best option. The chorizo spiced seitan adds a nice extra kick to this chili. Sure, it requires the step of making two pounds of seitan before making this chili, but it’s cheaper and better than anything you’ll get in the store.

As I was planning on entering this into a chili competition, I went the extra step of making a vegan crema for topping. I honestly like this cashew-based sauce more than actually sour cream, especially on this chili. If you’re not strictly vegan, a bit of cheddar or pepper jack cheese works brilliantly here.

Leftovers nicely in the fridge for a week and make great fillings for tacos or burritos and as a topping for nachos.

Make the chile paste
Bring vegetable stock or water to a boil. Turn off heat and add the dried chiles to the pot – stirring to submerge. Let the chiles soak for at least an hour.

Once the chiles are rehydrated, remove stems and de-seed. Place them into a food processor or blender along with the brown sugar. cumin, salt, and pepper. Add a 1/3 cup of soaking liquid and blend chiles into a paste scraping the sides to get all of the chiles processed. Place in a non-reactive bowl and set aside.

Make the chili
Heat 1 tablespoon of olive oil in a large, heavy, non-reactive pot. Add all of the seitan and saute until it’s brown and crispy. Remove the seitan with a slotted spoon and set aside.

In the same pot, heat 1/4 cup of the oil. Stir in the onions, garlic, poblanos, bell pepper, jalapeño, chile paste, chile powder, and cumin. Cook over moderate heat, stirring occasionally until slightly softened but not browned, about 10 minutes.

Coarsely break up the tomatoes (this is best done with your hands in a bowl) and add them to the pot with their juice along with the tomato sauce and water. Stir in the oregano, Maggi sauce, and kosher salt. Bring the pot to a simmer over moderate heat. Reduce the heat to moderately low and simmer, stirring occasionally, until all the vegetables are soft, about 15 minutes.

Stir the black beans and seitan into the chili and simmer, stirring frequently, until the flavors are blended, about 10 minutes. Serve with cashew cream and sliced scallions.

Combine everything except the vital wheat gluten in the bowl of a food processor. Blend on low until smooth paste forms. Add the wheat gluten to the bowl and process until it comes together as a dough ball and all ingredients are uniformly mixed into the dough. Turn the ball out on a work surface and knead for three minutes. Form the dough into a loaf and wrap tightly in aluminum foil.

Soak the cashews in water for 4-6 hours. Drain the cashews and add to a blender along with the apple cider vinegar, lemon juice, salt, and water.