Return Of The Chili Mac 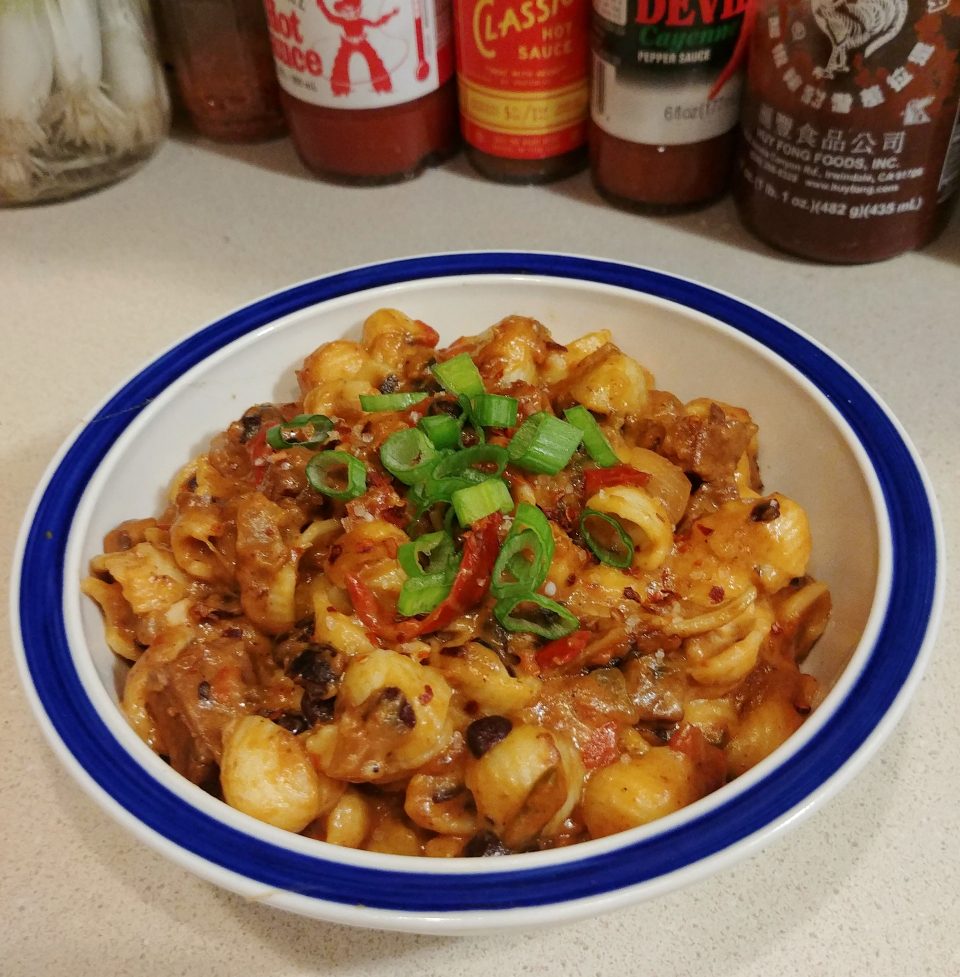 Mark Morrison is a quintessential one-hit wonder with a twist. His “The Return Of The Mack” is a brilliant example of mid-’90s slow jam funk, but ask most people if they’ve heard of it and the likely answer is “Maybe…I’m not sure…” Play the song for those same people, and they’ll possibly vaguely remember it.

Then mention this commercial…

And anyone with a solid sense of fast-food pop culture will immediately recognize one of the creepiest BK commercials out of a remarkable oeuvre of creepy commercials. It is a pure coincidence this is commercial is for deep-fried mac & cheese coated in Cheetos. More remarkable is the commercial is just an edited version of the “Return Of The Mack” music video with Creepy King and Chester Cheeto heads overlaid on Morrison and his DJ respectively. It’s easily the most brilliant bit of cross-promotion in recent fast-food history.  Yet, despite the creepy commercial and blatant one-hit pandering (which is the core of one-hitness), this remains one of my favorite jams from the ’90s.

It’s also the logical name for the greatest comfort food ever created: Chili Mac. Sometimes called Skillet Mac, it was a staple of my Midwest childhood though, to be honest, that version was really just Hamburger Helper. At it’s purest form, chili mac is a skillet of quick meat chili with pasta added then mixed with some cheese. Everything is usually done in a skillet and dished up with perhaps some “garlic” bread made from old burger buns, margarine, and garlic powder.

For me, chili mac is the result of having two items in the fridge: some form of chili and mac & cheese. My chili mac is a way to be lazy about cooking, create something new from leftovers, and have a quick and comforting meal. I’ve taken my pro-kitchen experience into my household cooking by prepping in advance. Not really the whole “meal prep” thing, but more like making dishes that will result in leftovers for other dishes. I tend to call this “recombinant cooking” though that’s really just a douchey way of saying “make new stuff from leftovers.”

Over the years, the mac & cheese has remained constant but the chili has evolved. There was a time I believed ONLY in meat chilis. I was younger, brasher, and bit a lot more wealthy. As I’ve spent recent years exploring plant-based cooking and tightening my budget, the BGC stock chili has evolved into a black bean & seitan recipe that Cherie (of We Can Tour That fame) requires as a weekly fridge stock. Combined in equal parts with a creamy 3 cheese stovetop mac & cheese, it’s the perfect comfort meal in less than 10 minutes.

In a medium saucepan, combine both the chili and mac & cheese. Gently reheat stirring to keep from burning. Once the mac & cheese is gooey and combined with the chili and everything is heated through, divide between two bowls and top with scallions.