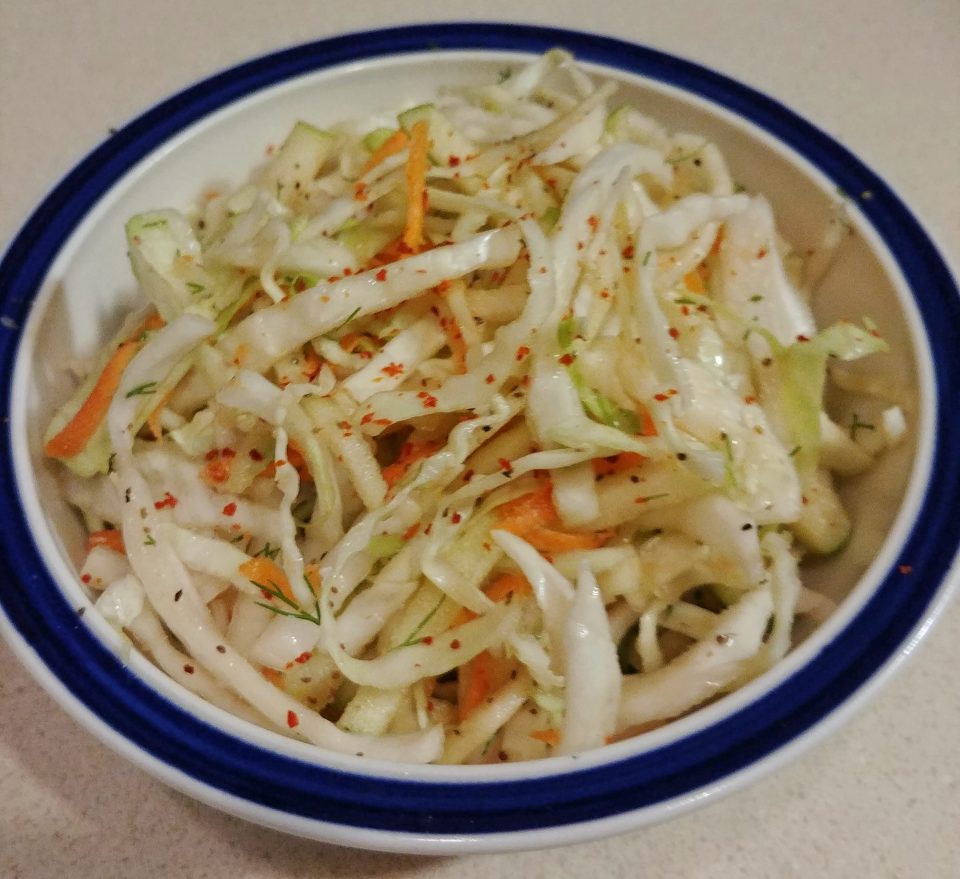 “Come on and take a low ride with me girl on the Tunnel Of Love.”

Yes – this song title is perhaps more widely associated with Bruce Springsteen, but I’m not much of a Springsteen fan. When it comes to Dire Straits, I’m actually only a real fan of two albums: their debut and this album. Sure there are random singles I dig, and I appreciate the kitschiness of “Money For Nothing”, but the debut is my favorite full album with Making Movies a close second. They remind me of the end of my high school days looking forward to college. It was a kind of grown-up rock, like Steely Dan (who I also discovered around the same time), that would lay the base for my future musical tastes. I still nostalgically love the ’70s guitar rock that fueled my Camaro-driven high school years, but I keep a fonder place in my heart for the bands that helped me understand there was more to music than big guitars.

Slaw (or “coleslaw” if you wish) is a binary salad style. Either you’re using mayo or you’re not. I prefer not. My favorite slaw is a vinegar slaw I made for Cha Cha Hut BBQ. A bit sweet and sour with a clean crispness and a little celery seed kick. I tend toward vinegar-based slaw dressing with the occasional foray into citrus dressings.

A vinegar or citrus slaw is a requirement at all Grill Club events during the summer, but how many times can one eat a combo of cabbage and carrot without losing one’s mind? When I get bored with traditional slaw, I turn to this variation. There’s still the ubiquitous cabbage and carrot, but the apple and fennel take this in a refreshing direction. The sweet-tart crispness of granny smith apples works beautifully with the anise kick from fennel and sweet-sour vinegar dressing.

It’s summer in a bowl.

Place the cabbage, fennel, apple, and carrots in a medium bowl. Finely chop the fennel stems and fronds. Add the fronds to the bowl and toss to combine.

Mix the dressing ingredients in a small bowl and pour over the slaw mixture. Mix until dressing is covering all vegetables. Let slaw rest for 15 minutes before serving. Store in an airtight container in the fridge.