Neither Fish Nor Flesh 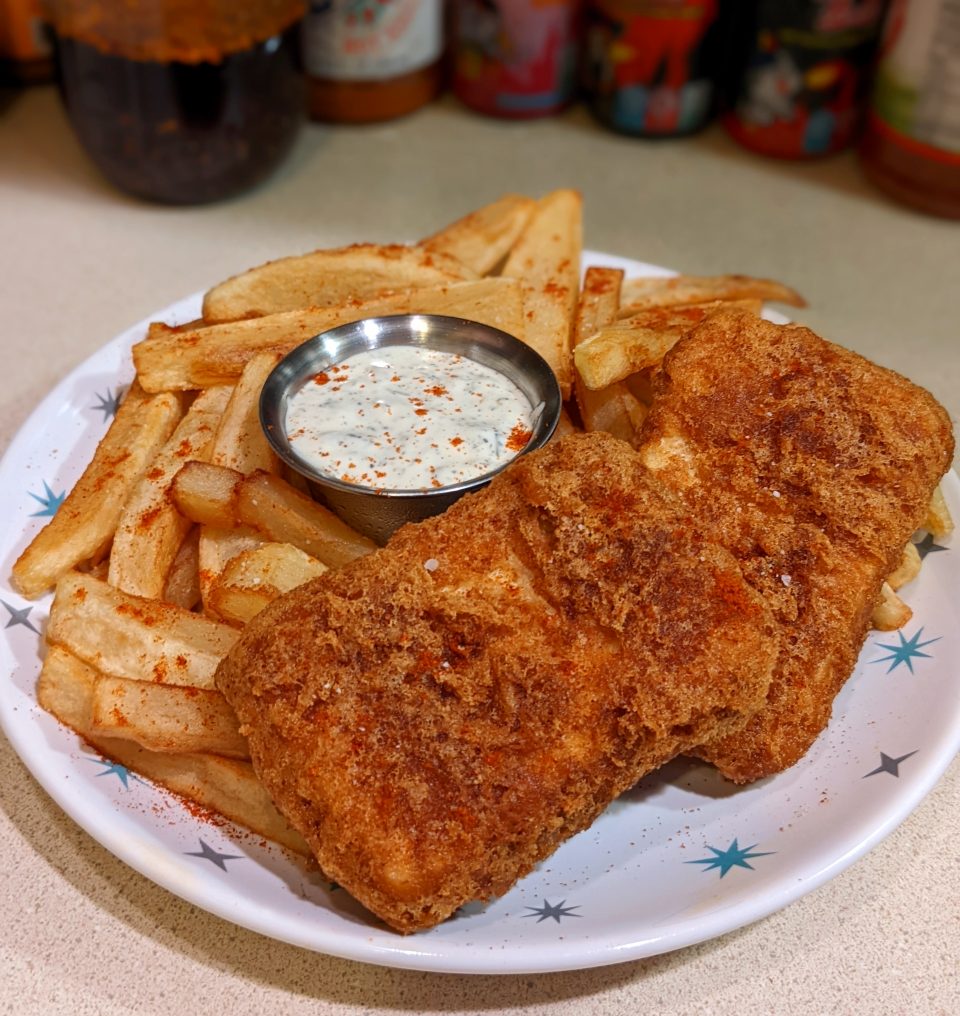 “People, this is not a film. This is my song. Now pick up your shovel and dig.”

There is an oft-repeated mantra in the music industry: “You get your whole life to write your debut album. Not so much your sophomore album.” When Terence Trent D’Arby dropped Introducing The Hardline According To… in 1987, it was a brilliant throwback to the golden age of soul music. In the 2021 era of Daptone and the new soul revival, we might take this sort of reverence of old-school soul and R&B for granted, but in ’87 D’Arby was a revelation for soul fans. He combined the sex appeal and showmanship of Prince with the vocal style of Jackie Wilson and Sam Cooke. To me, D’Arby’s debut is one of the greatest soul albums of all time.

Then there’s the album serving as the recipe theme here. Two years after the essentially perfect Introducing…, D’Arby released Neither Fish Nor Flesh. It’s a good album, perhaps even great at points, but certainly not as epic as his debut. “I’ll Be Alright” and “Attracted To You” show a link back to the debut while progressing musically. “Roly Poly” could be a Prince track covered by Sam Cook. However, it’s the theme song here that most closely continues the promise of the debut. Gospel AF – straight-up Jackie Wilson heartrending delivery – everything a soul tune should be.  Absolutely brilliant and honestly one of the last great D’Arby tracks as later albums were meh and D’Arby changed his name likely due to the declining interest in later releases and a musical shift from that epic debut.

Sometimes you just stumble into a recipe. When creating the Soy Division Tacos, I realized I had stumbled into batter-fried tofu that tasted like fried fish without any seasoning sorcery. As I had previously made a fish and chips sandwich, I wondered if I could adapt that recipe to a tofu and chips dish.

The answer is a resounding YES!

It’s almost bizarre how much this mimics fish. I’ve had some suggestions on adding kelp powder, but honestly, the expense is unwarranted. This is straight-up, pub-style, crispy battered filets with crispy chips and tartar sauce. My only failure was not having some malt vinegar for the chips. I’ll be correcting that next time. And they’ll certainly be a “next time” as this is far cheaper than getting good fish and just as delicious.

Scrub the potatoes well, then cut them into 1/4″ thick sticks. Dry thoroughly with paper towels and leave them sitting on paper towels to allow the surface of the potatoes to dry out for about 30 minutes. You can skip this step if you’re pressed for time, but your potatoes won’t turn out as crisp.

Drain and wrap the tofu in a paper towel. Press gently to remove excess moisture. To slice tofu into four filets, first cut the block in half vertically, then cut each half in half horizontally. Lay them on a piece of paper towel and place another piece on top. Press gently. Allow the tofu filets to sit like this for 30 minutes.

Fry the potatoes in batches until a light tan color and the edges are just starting to brown. Transfer the fries to the prepared rack to drain.

Whisk the seltzer and hot sauce into the seasoned flour-cornstarch mixture. Combine into a smooth batter.

Dip each tofu filet first in the plain flour, to coat, then dip in the batter. Carefully drop the battered tofu into the hot oil and let fry until golden brown, about 2-3 minutes. Remove from the oil with a slotted spoon and place on a paper towel-lined plate to drain.

When all of the tofu has been fried, increase the heat of the oil to 375°F. Fry the fries a second time until they are golden brown and crisp. Drain on a rack and sprinkle with salt.

Finally, just before serving, return the tofu to the 375°F oil to get a shatteringly crispy crust and tender tofu.

Combine everything in a medium bowl and whisk until thoroughly combined. Store in an airtight container in the fridge.