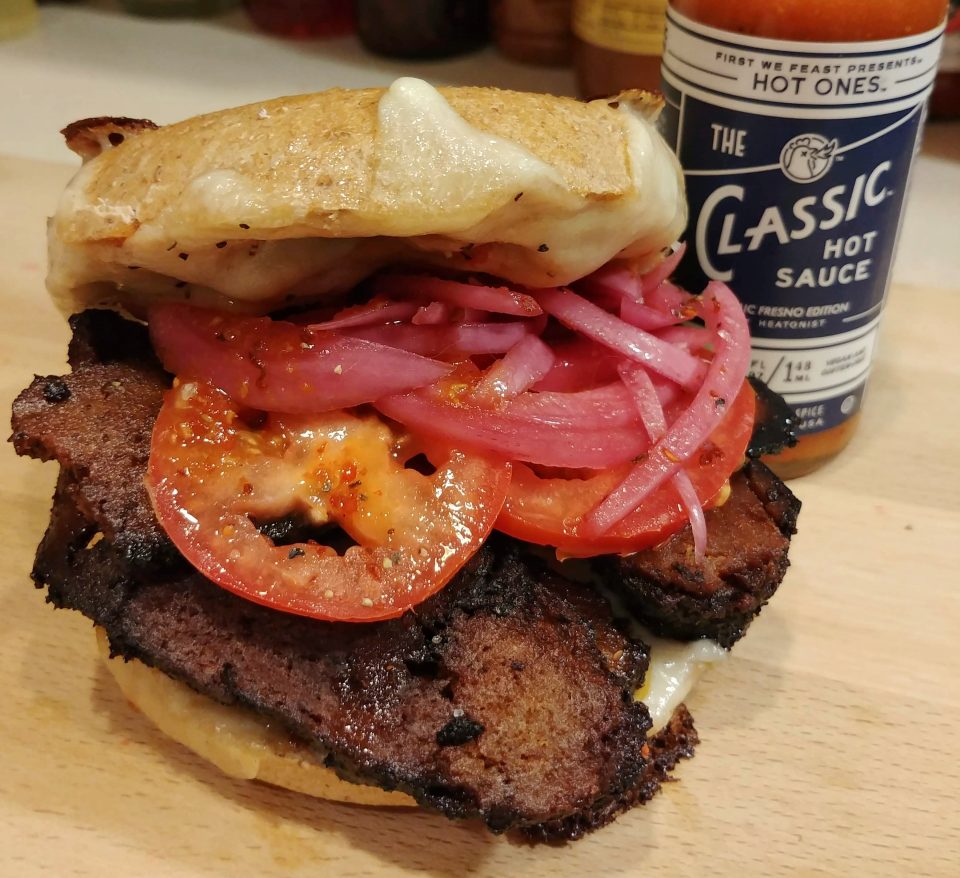 This is the second part of a BTO Recipe Rock Block Two-fer.

The theme song for this sandwich is not only my favorite BTO song but also comes from (in my opinion) their best album. Bachman-Turner Overdrive created the perfect sort of everyman party rock we all craved in the ’70s. A soundtrack for cheap beer and pizza in a faux wood-paneled basement with a Sears stereo system and bean bag chairs. While their life on the road narrative was purely aspirational to a high school kid like me and I had no connection to their working man songs, there was a joy in BTO’s music that was and is undeniable. As previously stated, this is best listened to in a car at full volume with the windows rolled down. However, even in a Brooklyn apartment in the middle of Pandemic 2020, the pure rock joy is still there, and the desire to raise a craft beer while eating a BTO inspired sandwich is perhaps just the self-care we need.

When one has made a brisket analog with seitan, one starts thinking about brisket sandwiches. That took me back to my Cha Cha Hut BBQ days and my PB&J Sandwich. Even before kicking off the Music & Food project, I had a history of cheeky sandwich names. For this sandwich, I took smoked brisket (the B) and topped it with pork belly (the P) and rock candy jalapenos (the J). It was remarkably popular and still ranks as one of my favorite sandwich creations.

So, I had the seitan “brisket” (the B), but where to go from there. I didn’t want to make a vegan/vegetarian version of my PB&J, I wanted something new. Checking the fridge, I discovered one of my staple household pickles: red onion. Seriously, an easy-as-hell quick pickle that’s brilliant on sandwiched, salads, and even eggs. There’s no real reason not to have some in your fridge. 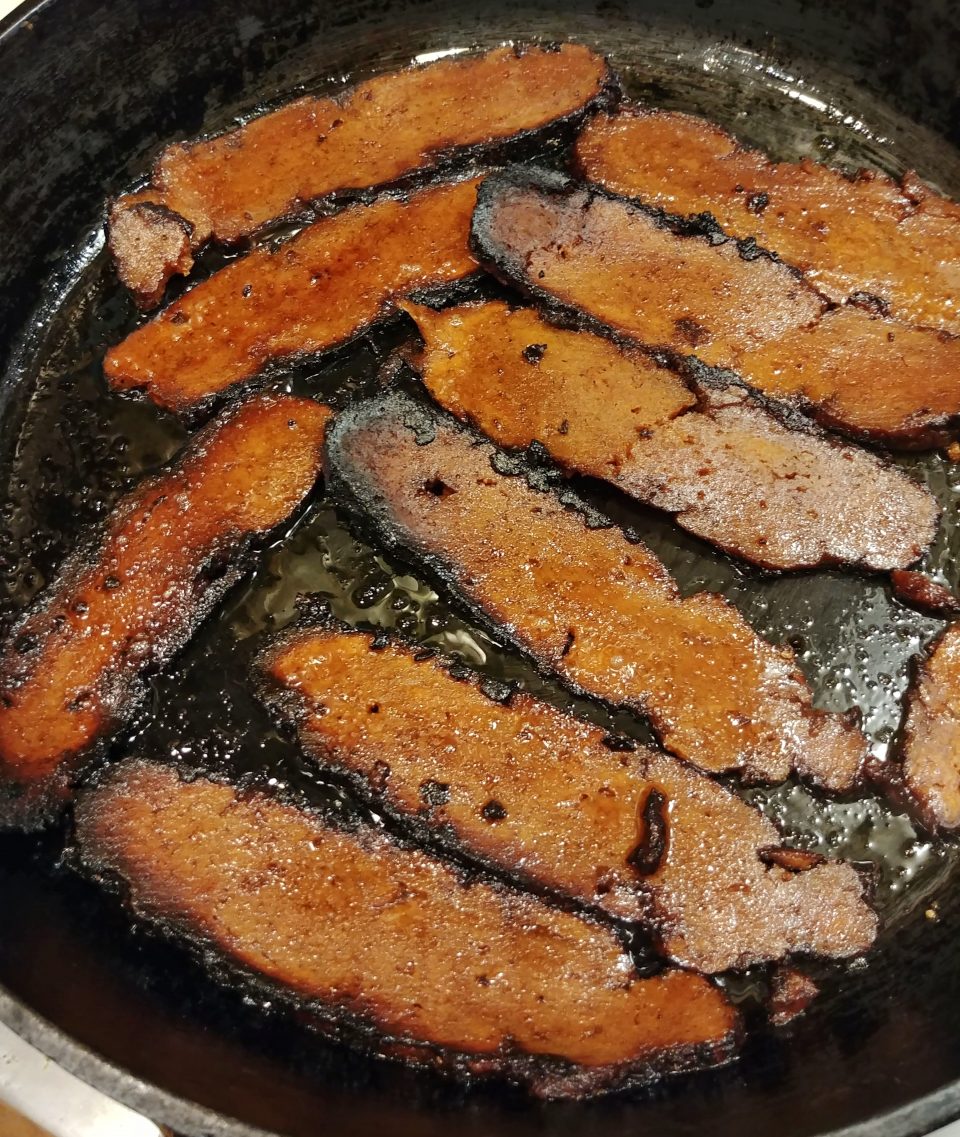 So, I had “B” and I had “O.” The final piece of the sandwich puzzle was clear. I needed a “T.” Simple, just add tomato to end up with a sort of sideways vaguely BLT creation. To amp up the brisket a bit, I decided to fry it up in a bit of vegetable oil to get it hot and crispy. I’m not going to lie, my first test of this frying method involved some leftover bacon fat because – well – I’m an omnivore monster & bacon. That definitely cranked the brisket to bacon quotient but also took this out of the vegan/vegetarian category. For this recipe, I went with a bit of simple vegetable oil though I would guess olive oil would work nicely as well.

Now let’s address the “not so vegan” element of this recipe: mozzarella. I used a low moisture packaged dairy mozz that I usually use for pizzas. This is because I honestly do not believe there is a vegan cheese worth the price point. I am certainly open to being convinced otherwise, so drop me a line.

I went with BBQ sauce on this for the simple reason of wanting to keep that kind of Q joint vibe. I also think this would work great with just a bit of hot sauce or maybe spicy mustard. The bagel choice was purely a result of not having buns in the pantry. Though, after eating this, I will say the additional structural integrity you’ll get from a well-made fresh bagel will help in the overall eating experience.

Preheat oven to 450°F. Cut the bagel open and spread with Sweet Lighnin’. Top with mozzarella. Place in oven to melt and toast.

Fry seitan in vegetable oil until hot and crispy. Place on the bottom bagel, top with tomato and onion, sprinkle with kosher salt, black pepper, Aleppo pepper, and a few dashes of hot sauce. Cover with the top bagel.