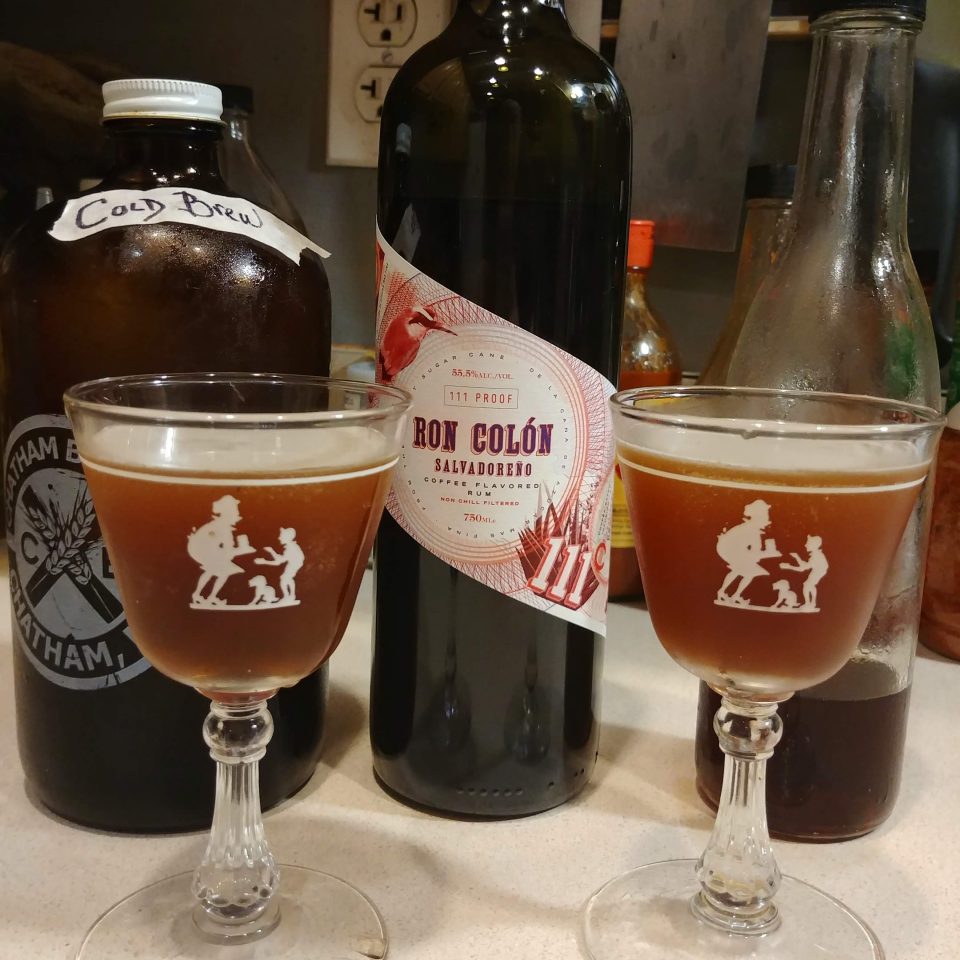 My favorite Black Flag memory comes from my college years working in an Ann Arbor record store. Across the street was The Second Chance, an amazing live music venue where most of the seminal early ’80s punk & new wave bands played. In the late ’80s, for some unknown reason, The Second Chance underwent a redesign and turned into The Nectarine Ballroom, the sort of ’80s neon dance club someone working in a college indie record store abhors. Oh and we did. So, imagine our surprise when it was announced Black Flag would be playing the Nectarine. Yep, they wanted to be a nightclub but still wanted to book rock bands. We semi-jokingly offered up discounts on records to anyone who brought us a piece of the Nectarine the day after the Black Flag show. We also had an instore with the band which was the first time I realized Henry Rollins is a very very cool human being.

This is why when looking for a theme for this recipe I skipped the traditional takes on the jazz standard “Black Coffee.” Cherie of We Can Tour That fame was voting for the Peggy Lee version. When my song search turned up this Black Flag song, I knew it had to be the theme. First, I think this recipe is a little punk rock. Booze in coffee with sugar is the barely knowing three chords of liquid refreshments. Second, this is a punk song about heartache! I mean, come on! The image of a sad lonely guy sitting in a room drinking black coffee staring at the wall and dwelling on how he had been done wrong is NOT your typical mid-80s punk song narrative. It’s a fine example of why I believe Black Flag is rightfully one of the seminal ’80s bands (not just PUNK bands) and deserves your attention.

In this new reality, I believe we’ll see a return of bartering as a culture. Take for instance this quarantine happy hour cocktail. I traded the local Ron Colon Salvadoreno Rum rep some Cheeses of Subeerbia, Rock Candy Jalapenos, & a bottle of tepache for a couple of bottles of rum. This is one of those bottles – a perfectly balanced coffee-flavored rum. So, of course, that meant making rum & cold brew cocktails in vintage Howard Johnson glasses.

As I’ve previously stated, the one skill I really never developed during my years in hospitality is bartending. The 2020 Pandemic Lockdown in NYC changed that slightly as I took up the challenge of making a few simple shaken cocktails for quarantine happy hours. The goal was not to become a mixologist or even elevate my skills to the point I could work in a bar though by this point I could probably do fine in a dive bar.

This is a punk rock cocktail. Three chords moshed in a shaker and poured into too small of a glass. Yes, the analogy is stretched paper-thin but I’m sticking with it. It’s a cocktail literally ANYONE could make. If you served it on the rocks, you wouldn’t even need the shaker. Just give it a good stir then pour over ice. You’ll want to bump the proportions a bit, but it’ll still be delicious.

This is also a somewhat dangerous drink. The cold brew and simple syrup marry beautifully with the rum’s coffee profile to make one of those “gonna sneak up on you” drinks. You’ll swear it’s just some sweet spicy coffee until you stand up and realize gravity works. If anyone sees you fall over, just tell them you were practicing your stage diving.

Place all ingredients and 3 standard household ice cubes in a shaker. Shake well until chilled and the ice has broken down a bit. Strain into a fancy vintage cocktail glass. Pretend the world has not significantly changed forever.