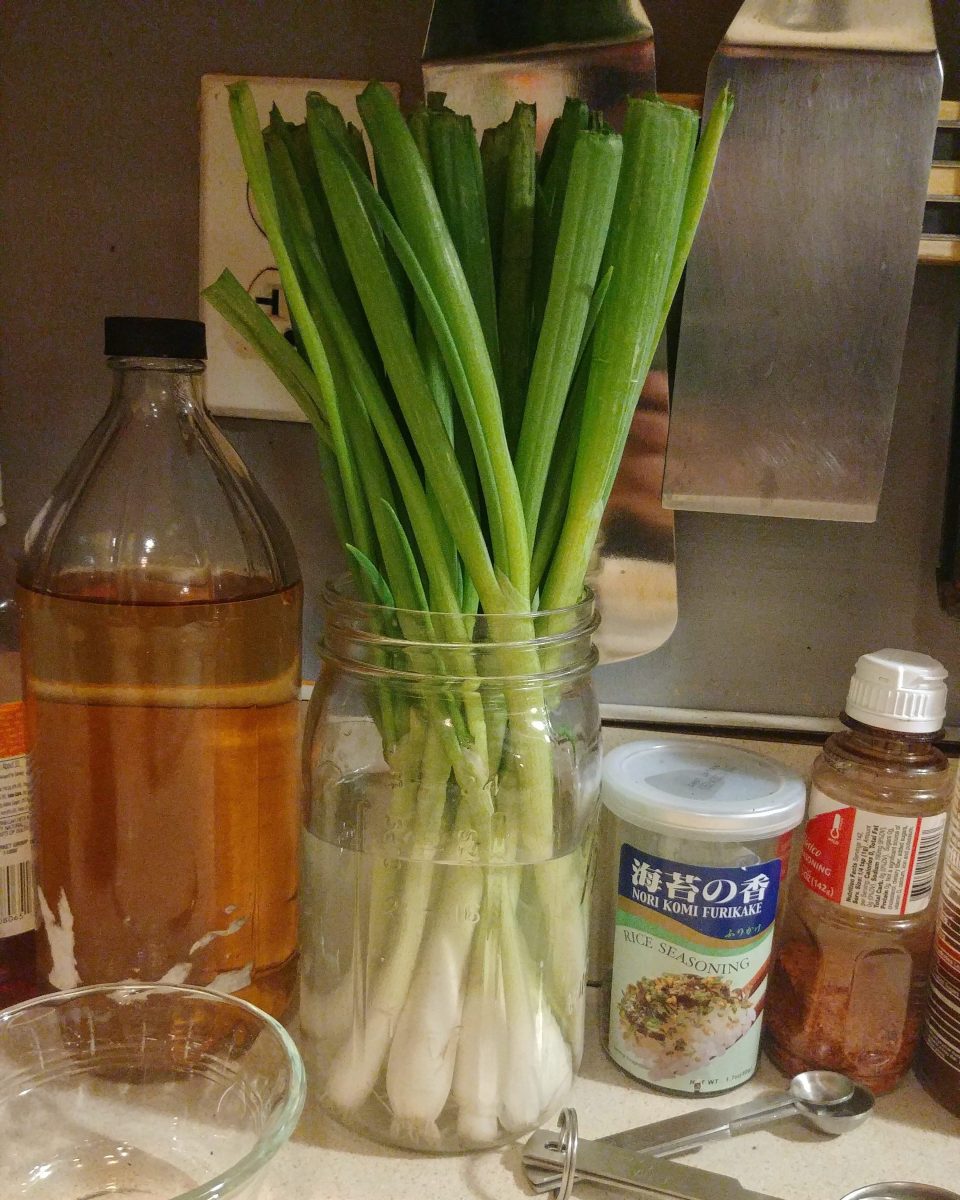 “That’s tight as shit, what are you talkin’ about?”

I’ll admit a song about a guy addicted to heroin might seem an odd theme for a kitchen produce storage tip, but it’s actually the album title that’s the theme. I just needed a song from the playlist. I’m a bit ambivalent about Alice In Chains. I like most of their stuff, and I certainly prefer them to some of their Seattle contemporaries (*cough*prealjam*cough*), but I definitely do not listen to them as often as Screaming Trees or Soundgarden. To be honest, I don’t think I’ve ever really listened to this album prior to coming up with this kitchen pun.

Jar Of Flies is one of two Alice In Chains acoustic EPs. While still maintaining a lot of the punch of their electric albums, these EPs are a somewhat somber mix of blues, alternarock, and shoegaze. I would likely place them at the bottom of my Alice In Chains album ranking, but I certainly appreciate the drive to explore new sounds and make what are clearly very personal recording. There was no real method to my song choice other than I like “Swing On This” the most from this EP.

Breaking from the usual Music & Food recipe theme, this is my first kitchen tip. Perhaps there will be more to follow, but I really don’t put that much thinking into kitchen innovations. I stumbled in this trick during the whole “Pandemic 2020 Food Trends” thing where everyone was locked in their houses creating food content. One such trend was regrowing scallions from bulb cuttings in water. Essentially, you place the ends of the whites, with roots intact, into some shallow water and ultimately the greens will regrow. I mean, that’s a cool high school science experiment and all, but I use up all my scallions. Whites and greens for cooking. Roots for stocks.

So, it got me wondering if instead of growing scallions I could use this to store them. Despite every trick I’ve learned in my pro kitchen years, I could never get scallion greens to stay fresh and crisp in the fridge. Sure, wrapping in a paper towel helps, but it’s still a race against time to use them up. Inevitably, unless I was going scallions crazy on recipes that week, I’d end up losing at least 10% of the greens.

That’s because, of course, those greens are already dying when you get them from the grocer. That deep green color is not their natural, still growing state. That’s an “I’m still good but the clock is ticking” color. Considering scallions are always sold with the roots still on, it surprises me I never thought about placing them in water like flowers.

Lo and behold, it fricking works! The first day or so, the tops will yellow and brown. You need to clip these off with some kitchen shears. (You do have kitchen shears, right?) Change the water every two days. By the end of the week, the greens will return to a bright light green and the roots will start growing. Since I have started this, I have yet to throw out ANY scallions. Sure it needs tending as any kitchen plant would, but the benefits are worth it. You get a bit of green in your kitchen and, because they are on the counter, you’ll end up using scallions more often.

JAR OF SCALLIONS
A better way to store your scallions

One large jar
Some scallions
Water

Place fill the jar halfway with cold water and place the scallions, roots down, into the jar. Top off the water so it completely covers the whites. Change the water every two days. Much like any living plant, you’ll need to trim off the yellowing tops of the greens to get the scallions to grow. After a week, they will turn from dark to light green and start growing new shoots.