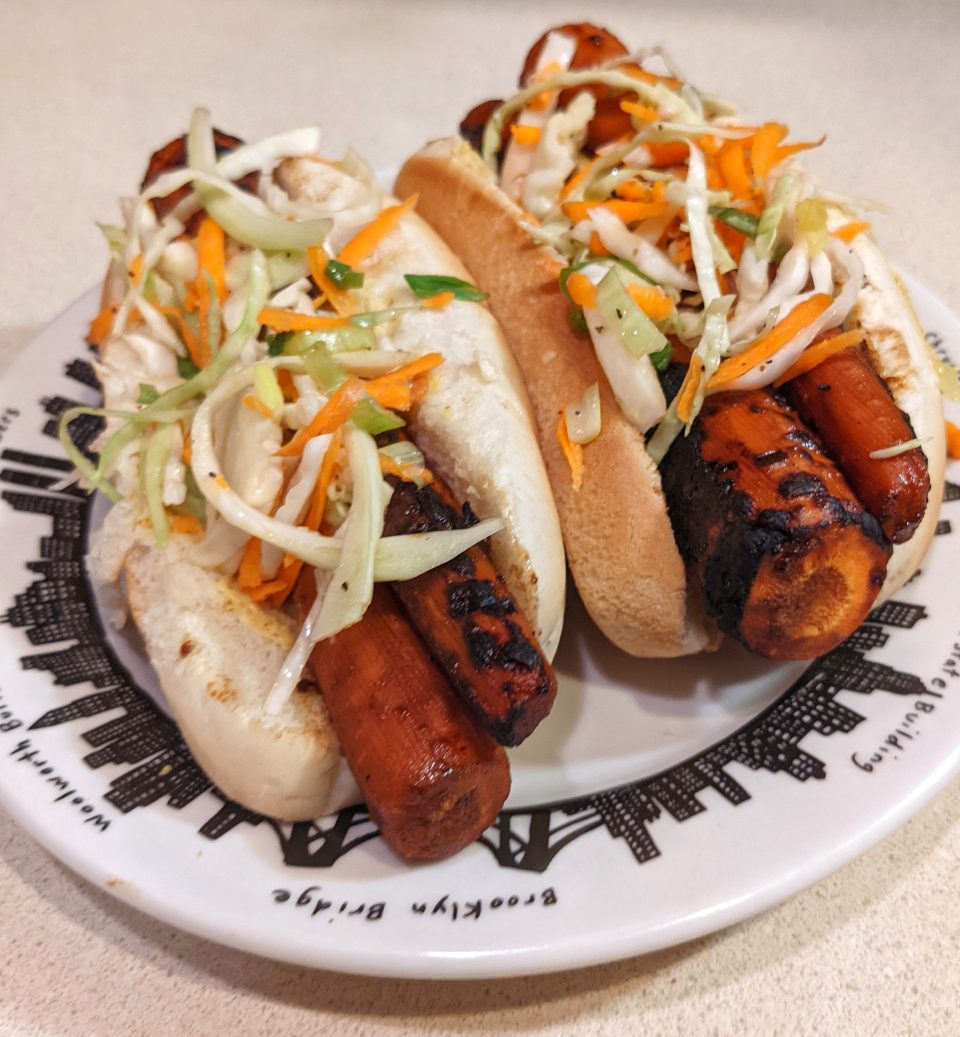 “My charade is the event of the season”

As I have previously used the Kansas original as the theme for another recipe, and this is a cover version of a hot dog, I decided to make this theme a cover. Hitting Spotify, I did a deep dive looking for the right cover. Along the way, I discovered versions done by acapella groups, several marching bands, a couple of string quartets, a few heavy metal bands, one New Orleans-style brass band, and even The Oak Ridge Boys. What I didn’t expect to find was Richard “Groove” Holmes.

Holmes was an American jazz organist recording in the hard bop and soul-jazz genre. He’s probably best known for his 1965 recording of “Misty.” He’s also one of my favorite rare groove (no pun intended) artists. I’m a sucker for funky organ-driven jazz and Holmes is one of the best. His Pacific Jazz, Prestige, and Groove Merchant recordings are some of the coolest funkiest ’60s & ’70s tracks around. Blending soul, jazz, funk, and just a touch of easy listening, it’s precisely what one would expect to be playing in a swank lounge or smokey late-night club. Trust me, spend a day listening to Soul Message (with the swinging version of “Misty”) or “Night Train” on Bowl Of Soul or  New Groove (especially “Red Onion”) and you’ll be hooked.

That brings us to the theme song featured here and the inexplicable album it comes from. Why the hell someone as cool as Holmes chose to record a somewhat cheesy easy listening style collection of movie themes is beyond me. Perhaps he was told to widen his audience. Maybe it was just a cash grab. Whatever the reason, it now exists in all its unnecessary glory. Five cinematic themes range from a Star Wars/Close Encounters medley to the Rocky theme and even this Kansas cover.

But wait, Frank, I don’t remember “Carry On Wayward Son” being a movie theme. Well, apparently it was used over the end credits for the 1977 Henry Winkler & Sally Fields film Heroes. Yep! END CREDITS! To be fair, it is the most listenable and likable track on the album. I actually kind of dig the pseudo-Latin feel that somehow still retains the pompousness of the original (thanks, flute player). Holmes’s organ is more Farfisa than his usual B-3 but that strangely seems right in this setting. Definitely not his best work, but certainly the most interesting cover of the bunch I sorted through. Its surprising off-beat take on a classic ’70s art-rock tune makes it the perfect theme for this surprising tasty and off-beat hot dog substitute.

Once upon a time, Will Horovitz (one of the coolest chefs in NYC) created a smoked watermelon that looked like ham and broke the internet. That seemed to kick off a whole array of smoked or grilled vegetables and fruit as substitutes for meat. Radish prosciutto, cantaloupe burgers, and carrot dogs. It was Will’s carrot dog that really caught my attention. I was working on I Wanna Be Your Hot Dog and thinking about vegan versions for pop-ups. A carrot dog seemed like something that would work well for my recipes and attract a bit of attention. Unfortunately, though Will is a friend and might have given me some guidance, I know his creation requires several days of curing and techniques deeper down the culinary rabbit hole than I wanted to go.

A bit of research found several recipes all advocating a “boil carrot – marinate carrot – grill carrot” method that honestly really didn’t work for me. The boiling then marinating ended up making for a too soft end product or, if not boiled enough, rather bland. Thankfully, I ran into a brilliant method via Epicurious. They went the “braised then glazed then grilled” route by making the “marinade” the carrot cooking liquid and then reducing the heat to reduce the braising liquid to a glaze. They also chose to add one of my favorite ingredients for a great smoky flavor (because you NEVER should use liquid smoke): chipotle in adobo. I liked the acid brought by the vinegar and mustard of the marinade recipes, so I added that to the mix.

What I love about this is it kind of tastes like a hot dog but also still retains its carrot-ness. Too often when using vegetables as a meat substitute, cooks try to lose the vegetable and make it meat. That makes zero sense to me. Celebrate the vegetable. This dish is likely a hard sell for most omnivores. I’ve actually described it as a “trigger warning kids meal.” However, if one gets past the strangeness and embraces one’s inner Bugs Bunny, you’ll be surprised at how delicious a simple carrot can be.

Combine maple syrup, soy sauce, vinegar, mustard, adobo sauce, and water in a deep, large cast-iron skillet or non-stick skillet. Whisk to combine thoroughly. Place carrots in the liquid alternating large ends. Cover and bring the liquid up to a boil over medium-high heat. Cook for 10 minutes. Uncover, reduce heat to medium-low, and continue to cook, shaking the pan occasionally to turn and glaze carrots, until liquid is completely reduced and carrots are coated in glaze.

Prepare a grill for medium-high heat or heat a grill pan or cast-iron skillet over medium-high heat. Oil the grill grates or the pan. Grill the carrots, turning once, until browned and slightly charred, about 2 minutes on each side. Transfer carrots to a plate.

Toast hot dog buns. Spread mustard in the buns. Nestle a carrots in each bun. Top with the pickled slaw and mustard.

Carrots can be made 3 days ahead and stored in airtight containers in the refrigerator.

In a medium bowl, toss cabbage, carrot, and pickles together. In a small bowl, combine vinegar, pickle juice, sugar, garlic powder, salt, and pepper and whisk until thoroughly combined. Pour dressing slaw mix and toss to coat. Place in an airtight container and let rest in the fridge at least an hour before using it.