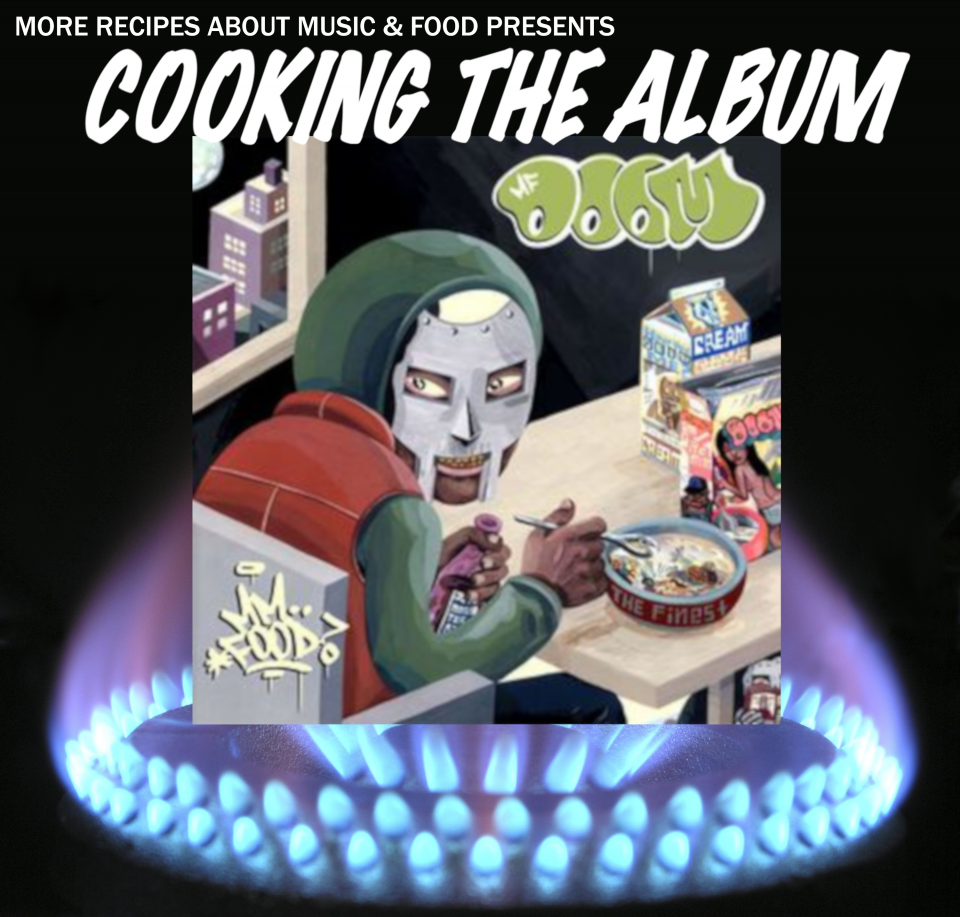 “Running desperately low on food, they were forced to turn back”

In 2018, I gave up on the bullshit of the NYC restaurant industry.

I once had my own BBQ joint in the middle of zero fucking nowhere. I came back to Brooklyn and had a series of bad professional decisions that were mostly driven by the quest for cash. I started this site and the Music & Food project because, after a cookbook for my old Q joint, I needed a new project, a new passion. That led to More Recipes About Music & Food.

Let’s be VERY clear: my obsession with menu puns pre-dates Bob’s Burgers. Yeah, Bob’s Burgers is great, but I (and others like me) were doing this shit YEARS before them. Puns in any form are genius. Add them to a menu and make customers order them is double plus good. So, over the course of my 8-year professional career, I made recipes with punny names. Those puns tended to be musically based (as I am a former music industry geek) and so when I looked for a project name, I settled on a riff on the Talking Heads debut album, More Songs About Buildings & Food. Hence, More Songs About Music & Food was born.

The project has mostly been about random songs or bands that fit a food pun, but one day, while crate digging on Spotify to find some recipe titles, I found something extremely unexpected:

To be specific, MF DOOM’s “MM..FOOD”. 15 tracks from the sci-fi ninja of underground hip-hop with food-inspired titles (though technically two are questionable from a culinary standpoint). I KNEW this needed to be my next recipe zine project. I would come up with a cookbook that created recipes for every track (even the questionable ones) on this album.

This means I’m kicking off the sub-project Cooking The Album.

Technically this is MF DOOM’s sophomore release, the follow-up to Operation: Doomsday, even though he released three other albums in-between under other monikers. Pitchfork gave this a 7.5 which is not a bad score from the music nerd douchebags at P-Fork but this album is better than that. I’m not saying a 10, but definitely a high 8 maybe 9. To be clear, this is NOT a “food rap” album. The subject matter is the usual friends, rivals, girls, weed, haters, etc. To quote Pitchfork (and I agree): “Here Doom wants nothing more than to score some Clever Points with quirky one-liners over tight beats.”

And there is absolutely nothing wrong with that.

It’s occasionally uneven with some questionable &  cringe-worthy lyrics, but music criticism is not the point here. It’s about taking an album where DOOM laid out a 15-dish menu and turning that motherfucker into a recipe zine. This is a work in progress. New recipes are added as completed. Keep an eye on this page for updates and the release of MM..FOOD The Zine.

Vomitspit
A shot recipe from the lowest depths of DOOM Hell