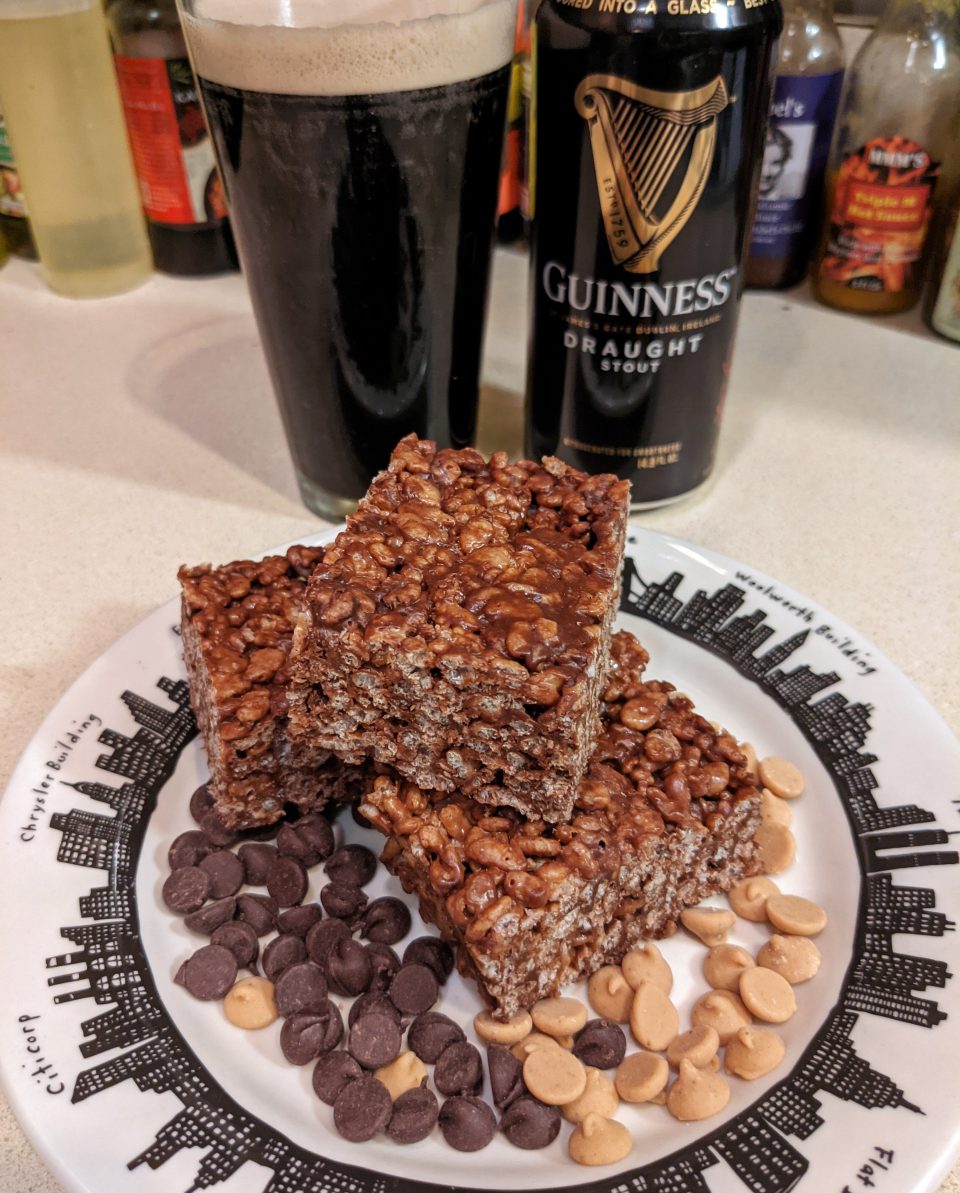 “Give the people some technology and see what harm you can do.”

This is a remix.

Specifically, a version of my MF DOOM “Guinnesses” as remixed by the wonderful Tracy Wilson. She made the original replacing some of the chocolate chips with peanut butter chips then suggested calling the remix Peanut Butter Wolf. And so here we are.

I’m sure I had heard Peanut Butter Wolf along the way over the years. He’s been connected to some of my favorite artists and producers in hip hop and downtempo. It wasn’t until the incredible Our Vinyl Weighs A Ton, a Stones Throw Records documentary, that I truly started listening to Wolf. Much like MF DOOM and J. Dilla, Peanut Butter Wolf is a crate-digging producer assembling brilliant sonic collages that form the foundation of head-nodding old-school hip hop tracks. I have a deep affection for hip hop that chooses to bypass the easy gangsta and sex rap tropes opting instead for intelligent lyrics and a deep rare groove sound. Peanut Butter Wolf and Stones Throw Records are masters of that genre.

This is, to say the least, decadent. Reducing the Guinness will burn off most of the alcohol (so it’s kinda kid friendly) but the resulting syrup adds a major flavor bomb. This is basically a grown-up boozy flavored mash-up of a Rice Krispie Treat and a Reese’s Peanut Butter Cup.

PEANUT BUTTER WOLF
Cocoa Rice Krispie treats made with Guinness, chocolate, & peanut butter
Makes about 9 pieces depending on how you slice it

Place beer in a small saucepan and bring to a boil over medium heat. Boil for 15 minutes, until the beer is reduced to a little less than a 1/4 cup of liquid.

Remove from heat and add the peanut butter chips, bourbon, and salt. Stir until all the chocolate is melted. Then put it aside to cool off a little and thicken.

Add the Rice Krispie cereal and the Hershey’s chocolate chips. Mix until all is well incorporated. Pour the mixture into a greased 8×8 pan or a cookie sheet and spread it evenly with a piece of waxed paper. Place in the fridge to cool and set. Cut into whatever piece size you want.