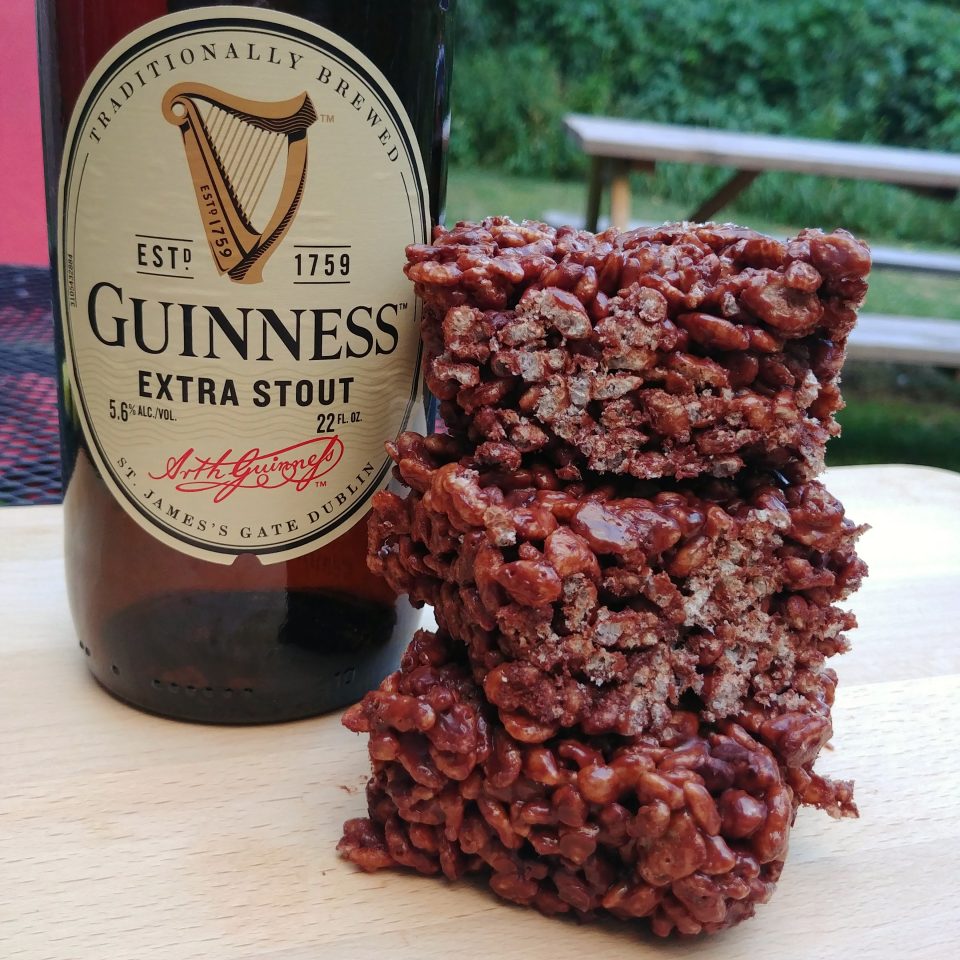 “Morphine, pain killers, drugs and medicine – anything just to forget the hurt”

Inspired by MF DOOM “Guinnesses” from MM..FOOD
Listen on Spotify
Listen on YouTube

This is part of the Cooking The Album project for MF DOOM’s MM..FOOD, and one of three dessert titles on the album.

I shoulda deaded it from genesis ‘stead of hittin’ the Guinnesses
Now I’m free falling, cursing at the street, bawling
– Angelika on Guinnesses

A failed love track. Angelika realizes she should have not gotten romantically involved in the first place. She should have said no from the start, or “deaded it from genesis” but instead drank a bit too much, got involved in heartbreak, and is now crying and cursing in the streets. She’s searching for “anything just to forget the hurt”, and that anything should be Guinness Chocolate Rice Krispie Treats.

Angelika’s mistake was to drink those Guinnesses when she should have simmered them on the stove until they reduced to a syrup consistency. She could then combine that intense stout syrup with bittersweet chocolate chips (like the bittersweet way love treated her) and mix that into a batch of Cocoa Krispies treats. Spread into a greased pan, place in the fridge for an hour, and self-medicate until the pan is empty.

Place beer in a small saucepan and bring to a boil over medium heat. Boil for 15 minutes, until the beer is reduced to a little less than a 1/4 cup of liquid.

Remove from heat and add 1/3 cup of the chocolate chips. Stir until all the chocolate is melted. Then put it aside to cool off a little and thicken.

Then add the Rice Krispie cereal and the rest of the chocolate chips. Mix until all is well incorporated.

Pour the mixture into a greased 9 x 13 pan or a cookie sheet and spread it evenly with a piece of waxed paper. Place in the fridge to cool and set.