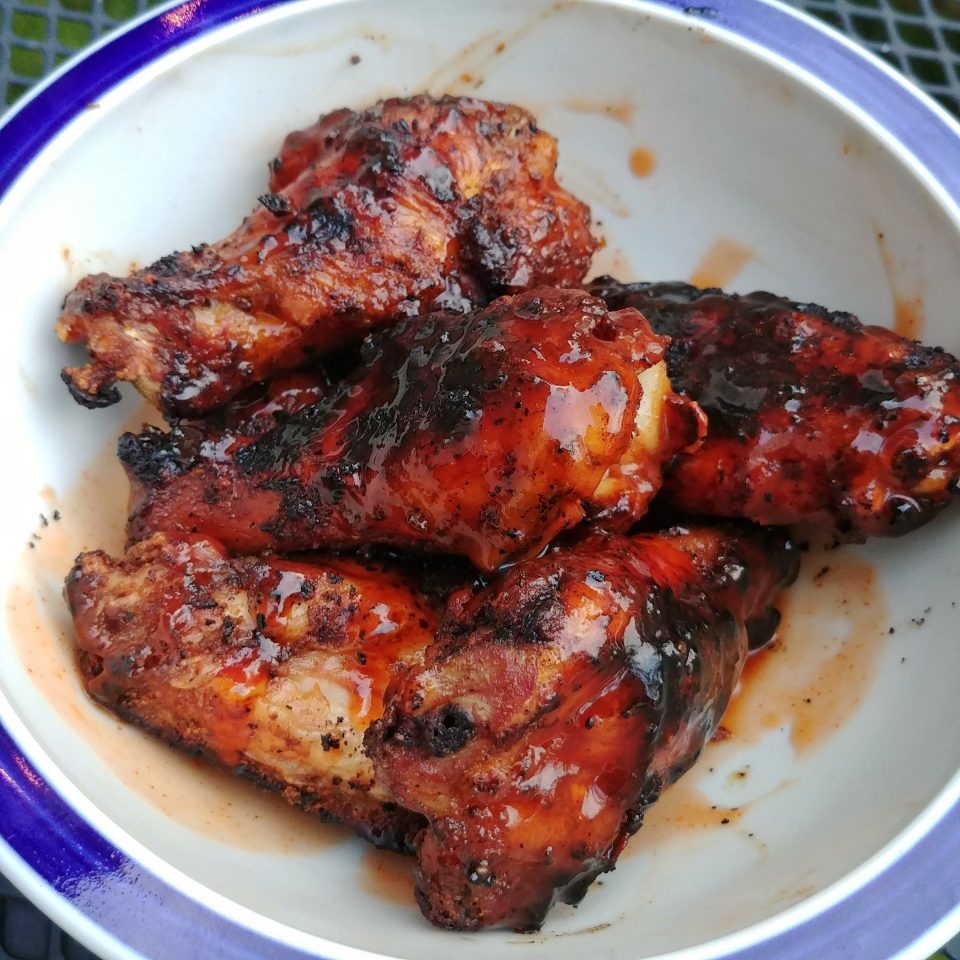 “Ignore cordon bleu, stand up, get up. Lunge for your knife, don’t forget your potholders”

Inspired by MF DOOM “Potholderz” from MM..FOOD
Listen on Spotify
Listen on YouTube

This is part of the Cooking The Album project for MF DOOM’s MM..FOOD

I strive to be humble, lest I stumble
Never sold a jumbo or copped chicken with its mumbo sauce

A straight-up old school jam in collab with Count Bass D. Food references laced into a brag/diss jam with a wicked production track. The contrast between Count Bass D and DOOM’s styles turn this into a classic head-nodder. I come to hip-hop from the ’80s so have a special affection for tracks like this. Excellent clever wordplay, smooth as hell delivery, and no fake gangster/sex rap bullshit. I’d say they don’t make them like this anymore, but clearly DOOM does.

The title for this, from a culinary standpoint, presents a challenge. It’s a double entendre based around the things you use to handle hot pans in the kitchen as well as, well, roach clips. Not exactly a clear path to a recipe unlike most of the album.

So, I turned to the lyrics.

This uses far more food lyrical references than a lot of the tracks. The first to jump out was the quoted lyric above. I initially thought “mumbo sauce” was just a lyrical turn, but to my delight, it turns out to be a regional sauce from the Washington, D.C. area. Somewhere between sweet & sour and BBQ sauce, it’s a staple for the city’s urban community and Chinese restaurant wing service. After watching an episode of First We Feast’s Food Grails on the sauce’s history, and a bit of internet research, I came up with the recipe below. As I have never had mumbo sauce, I cannot attest to this being authentic. It LOOKS a lot like the sauce in the Food Grails video. It’s kind of like a sweet thinned out ketchup with a hint of heat. It worked pretty nicely in complementing the smokiness of the grilled wings.

Next to jump out lyrically was “pass the Old Bay.” Granted, DOOM’s talking about cooking up wack MCs like “crabs in a barrel”, but Old Bay is also a great seasoning for grilled wings. It’s got a nice spicy kick without being too hot and does a great job of making crispy charred wings on the grill. It’s my go-to if I’m too lazy to make an actual rub for grilling.

Finally, and not pictured, is a V8. I did a previous version of this recipe that used chicken tenders served with a V8. I made the V8 for that, but not when I revamped the recipe for wings. To be honest, the homemade V8 recipe is ok, but not amazing. It probably would be nice with a bit of vodka or tequila (killing all nutritional value), but was far more a joke than for real. Still, I’m including the recipe here in case you want to make the full Potholderz experience.

Set up your grill for 2-zone cooking and bring the temperature up to 350°F. While the grill is coming up to temperature, coat the wings with the olive oil then toss with the Old Bay.

When then the grill is up to temperature, place the wings on the grill over direct heat and cook, turning occasionally until slightly charred and crispy. If the wings start to get too charred, move them to the cooler zone for indirect heat. Toss with the mumbo sauce and serve with napkins, wet wipes, and the optional homemade V8.

Combine all of the ingredients in a saucepan and whisk to blend. Bring the sauce to a simmer over medium heat. Turn the heat down to low and continue to cook, occasionally stirring, for about 15 minutes. Let the sauce cool and then pour it into a container or squeeze bottle. Keep the sauce refrigerated and use within 2 weeks.

Put everything in a blender and blend the hell out of it. Serve straight if you want to be healthy or add some vodka or tequila if you don’t.

I'm the Chairman of the Bored #currentmood #themes

STEW ARE YOU That feeling of Fall in the air fills

What exactly IS a day off when you've been unemplo

BLUE IS THE WARMEST TAKIS I'm finally getting arou

Thinking hot sauce & Thai relish is in my future.

I call this "The Swanson" - coffee marinated skirt

We got the meats! Thank you @fostersundry for bril