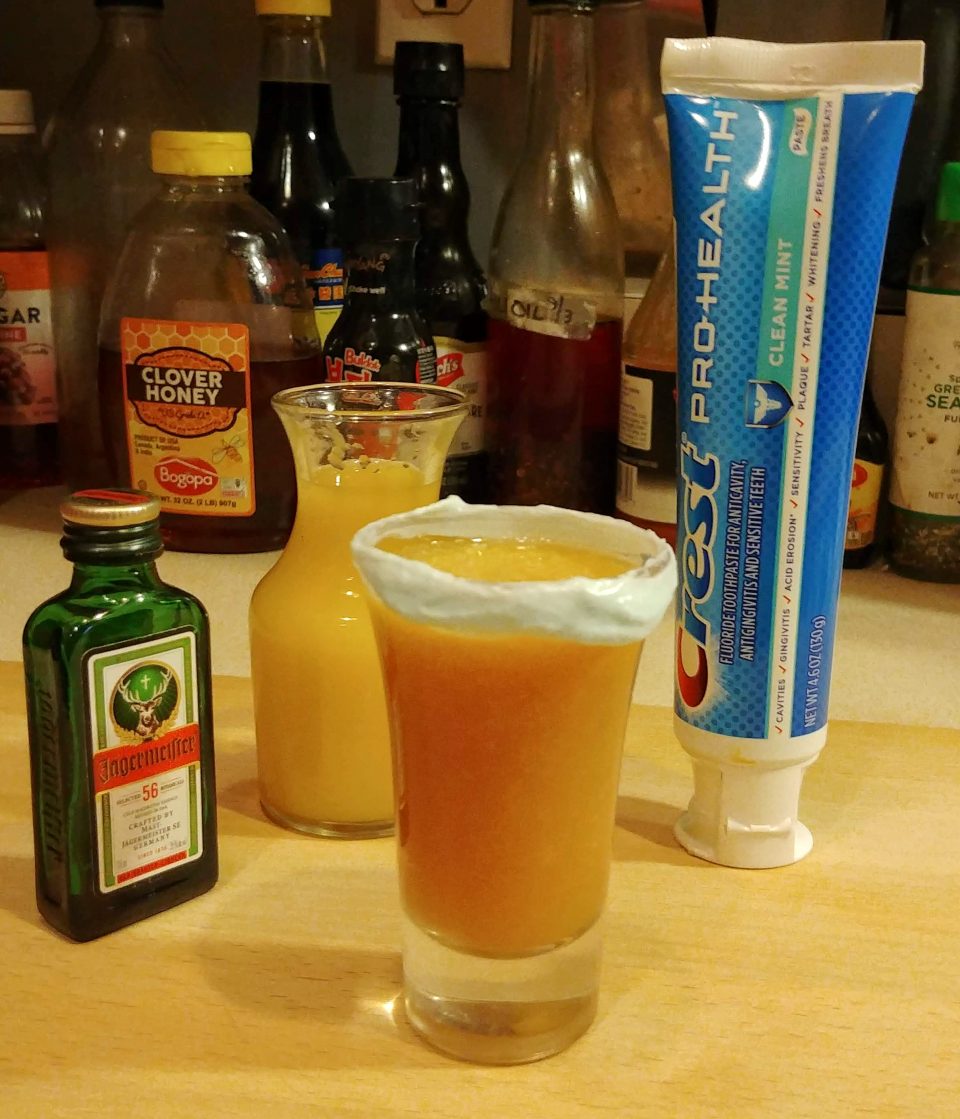 “Begged him on the regular for kegs of more vomitspit”

Inspired by MF DOOM “Vomitspit” from MM..FOOD
Listen on Spotify
Listen on YouTube

This is part of the Cooking The Album project for MF DOOM’s MM..FOOD

This is one of those MM..FOOD tracks where I’m at a loss for an intro interpretation. My guess is a character study of another rapper. Perhaps DOOM himself? Regardless of the “why,” the “what” is a classic DOOM lyrical tour de force with funky as hell production. I mean, come on, who the fuck rhymes ham and hologram other than MF DOOM? As for the titular beverage, it takes until almost the end to get an idea of what to expect from the favorite drink of the track’s hero:

I originally thought this recipe would be something having to do with “sand sandwich salad” which I envisioned as being something made with couscous. It’s the final line, quoted under the photo, that determined this had to be a drink. Specifically, something that could be kegged. It had to have a taste that made the drinker want to vomit AND spit. For reasons I really can’t explain, I decided to create a shot that replicated the taste of drinking orange juice after having used mouthwash and brushing your teeth. I also wanted it to be a very simple “no mixology experience necessary” recipe.

I’m sad to say I actually hit it spot on. This recipe clearly demonstrates why I am a cook and not a bartender. It’s also a taste you will never be able to untaste. Don’t say I didn’t warn you.

An actual sand sandwich salad would certainly have been a better choice.

Combine the orange juice and Jagermeister in a cocktail shaker with one ice cube. Shake well to chill. Rim a shot glass with toothpaste. Pour the shot into the glass. Drink if you have no respect for your taste buds.

You will never untaste this.