You Can Tune A Piano, But You Can’t Tuna Melt 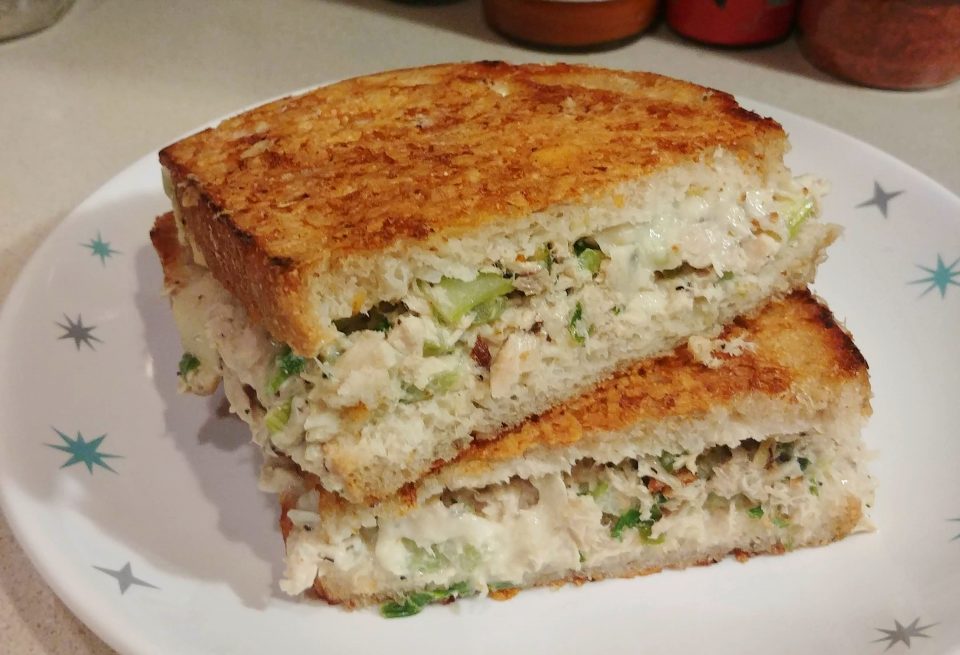 “I knew it had to happen, felt the tables turnin’. Got me through my darkest hour”

Theme song by REO Speedwagon “Roll With The Changes” from You Can Tune A Piano, But You Can’t Tuna Fish
Listen on Spotify
Listen on YouTube

The first time I ever got drunk, I was listening to REO Speedwagon’s  Live: You Get What You Play For. I was hanging with the kids of my parents’ new friends in that ubiquitous feature of 70’s suburban houses: the finished basement. Of course, his dad had a bar down there. Of course, we broke into the bar and drank alcohol with soda. I don’t remember which alcohol, but strangely I remember REO Speedwagon. Specifically, that epic synth intro to “Riding The Storm Out.” Due largely to some combination of drunken stupor and its effect on musical memory, REO would end up being one of several bands on the soundtrack for my high school years. I only owned two REO Speedwagon albums – the soundtrack to my seminal alcohol experience and the one that serves as the inspiration here. In my opinion, “Roll With The Changes” is second only to the live version of “Ridin’ The Storm Out” in the REO catalog.

My love of REO Speedwagon is not the only holdover from my teenage years. I have a sandwich obsession that began in my teens. I believe there is no better meal than some sort of filling between two slices of great bread. Hell, even not-so-great bread. Adding melted cheese and grilling the bread only makes a perfect thing more perfect. While I am a fan of melts in all their various forms (patty, Reuben, turkey, etc.), the Tuna Melt tops my list. When I can’t think of anything else I want to eat, I inevitably end up making a tuna melt.

I prefer a simple mayo-based tuna salad for a sandwich. Mediterranean style tuna salad – with a vinaigrette and capers – is great on greens but has no place in a sandwich. Go light on the mayo. It should be dressed not costumed with just enough celery to add crunch. I grew up with red onion in tuna salad, but now prefer the sweet herbal flavor of scallions. Toss in a bit of lemon juice, red wine vinegar & fresh herbs and it’s good to go.

Mayo versus butter for grilling. That is the question. I opt for mayo. It has a high scorch point while creating a better crunch. I sprinkle finely grated pecorino on the mayo to create a crispy cheese crust. The combo of crisp salty cheese on the outside with creamy melted cheese inside and a clean simple tuna salad makes this a truly prime example of sandwich making.

Heat a skillet over medium heat.

Spread a thin layer of mayo on one side of two slices of bread. Sprinkle some of the Pecorino cheese – not too much, just an even light coating and press into the mayo.

Place one slice of bread, mayo side down, in the skillet. Place 2 slices of Swiss on the bread, half the tuna salad, two more slices of Swiss, and then top with other bread slice mayo side up. Grill 2 minutes or until the bottom bread is golden and the pecorino has formed a crisp crust. Flip the sandwich and grill another 2 minutes or until the bread is golden and the pecorino has crisped. Remove from pan and cut in half.

Repeat for the second sandwich.

Put ingredients in a medium bowl. Mix thoroughly. Place in the fridge to rest for 15 minutes. Stir tuna salad before using it.