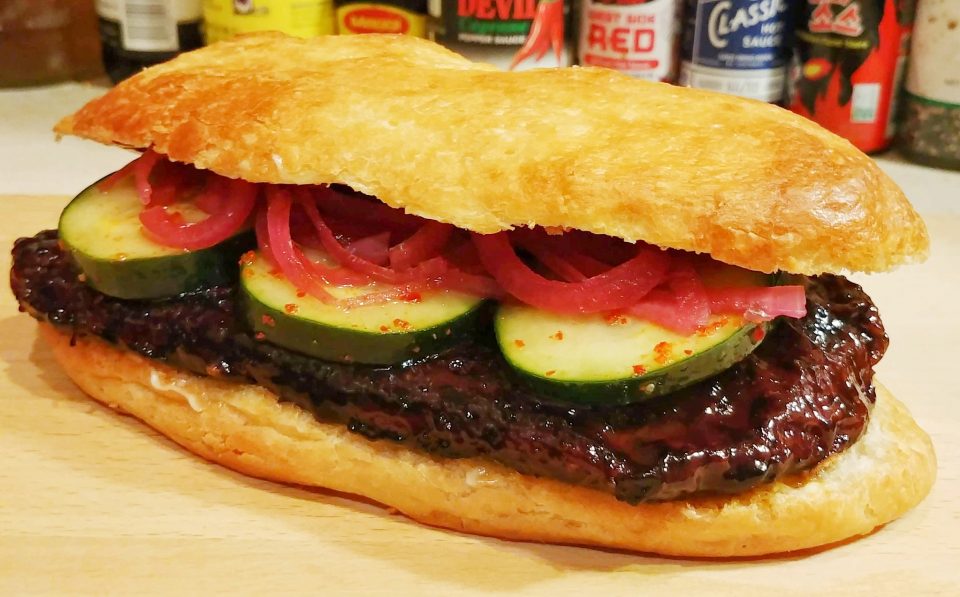 “But you oughta thank me before I die for the gravel in your gut and the spit in the eye, ’cause I’m the (bleep) that named you Sue.”

To be clear, there are zero reasons anyone needs evidence that Johnny Cash was a badass. The Man In Black was born a badass and died a badass after a fucking badass career of legendary music and overall “cooler than you” attitude. If, for some reason, you feel you need further proof of Cash’s Badass Godhood, look no further than the album this theme song comes from. In 1969, Cash went to San Quentin and recorded a live album and British TV special in front of the prisoners. Sure, the more hardcore inmates had to listen/watch on closed circuit, but he still went into a fricking prison for a concert. He then went next level by writing a decidedly unflattering song about the prison he was performing in, and performed a novelty song about a boy named Sue. He taunted guards, made drug references, cursed (resulting in bleeps), and took requests from the inmates because “fuck the tv producers.” Name me one single so-called gangsta or hardcore “artist” today who would do that.

Mr. Cash, you are truly missed.

Much like the chopbokki recipe, this sandwich’s inspiration comes from an episode of Munchies. This time, it’s the brilliant Calvin Eng from Win Son’s making a char sui version of the BBQ abomination known as “The McRib.” The biggest change here is this recipe is a completely vegan version of a McRib. I swap a steamed, grilled, and glazed seitan patty for the usual pork. I really dug Eng’s marinade but swapped the maltose and red tofu for maple syrup and red miso. I make a killer bread & butter pickle but wanted to keep the Asian flavor profile going and add a bit of freshness to the heavily glazed patty. Enter some quick Korean chili flake pickles. (Yes, I realize I’m crossing culinary lines. Let’s just call it fusion shall we?) I finished with a few pickled red onions and an old Carolina-style spicy mustard sauce in a nod to my BBQ days.

To be honest, I have never actually had a McRib because I have a modicum of self-respect, but I’m certain this sandwich crushes it. Sticky, smoky, sweet, savory, and a little messy. It’s everything you could ask for from a sandwich of char sui.

Slice a sub roll in half lengthwise. Spread 1 tablespoon each of mayo and spicy mustard sauce on the inside of both top and bottom pieces of the roll. Place one rib patty on the bottom roll, top with six pickles, and 2 tablespoons of pickled onion. Top with the top roll. Cut in half for easier eating.

To make the seitan ribs
Add everything except the vital wheat gluten to the bowl of a food processor. Blend on low until smooth and saucy. Add the vital wheat gluten and process until dough ball forms. Turn the dough out onto a clean work surface and knead for 2-3 minutes. Form the dough into a ball, cover with a clean towel, and rest on the counter for 30 minutes.

Place packets in a steamer basket and steam for 40 minutes flipping halfway through. When done, remove from the steamer, let rest 10 minutes in the foil, then unwrap and cool completely on a cooling rack.

Once the seitan has cooled, combine all of the marinade ingredients in a bowl and whisk to thoroughly combine. Place the cooled seitan ribs in a ziplock and pour in the marinade. Toss to coat the patties and place them in the fridge overnight.

Remove the seitan from the marinade and let rest at room temperature. Reserve the marinade to make the glaze. The leftover marinade can be stored in an airtight container to use for another meal.

When the grill is ready, make the glaze. Place the patties on the direct heat side of the grill and brush with the glaze. Cook 2-3 minutes to sear, then flip. Brush the seared side with glaze and cook for 2 minutes. Once both sides have been seared, move to the indirect heat side and continue glazing and flipping every 2 minutes until a thick caramelized coating is created. You want these rib patties to be really sticky and glazed.

In a medium bowl, sprinkle salt over cucumber slices and set aside at room temperature for 1 hour.

Drain and rinse the cucumber slices. In a small bowl, whisk together gochugaru, rice vinegar, sugar, and sesame oil. Pour over cucumber slices and toss to coat. Place in an airtight container and store in the fridge for at least 1 hour before using them.

Combine all ingredients in a saucepan. Whisk to combine and dissolve brown sugar. Bring to a boil then reduce heat and simmer for 15 minutes. Let cool to room temperature before using. Place in a jar or bottle and store in the refrigerator.