Got My Mojo Pork Workin’ 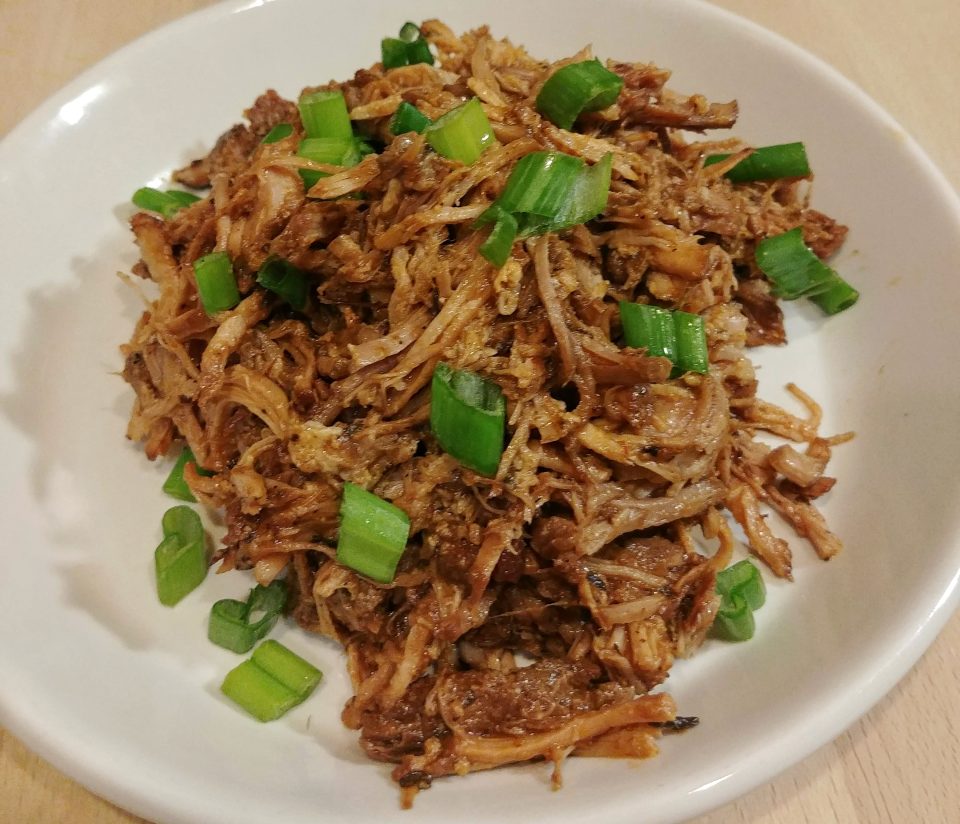 “Going down to Louisiana to get me a mojo hand”

Let’s get this out of the way at the start: I KNOW the dish is pronounced “Mo-Ho” but it’s spelled “M-O-J-O” and that’s a solid enough link for this project.

Going into the development of this recipe, I knew this would be the song inspiration but I wasn’t sure the version to use. The Muddy Waters recording is iconic but seemed too obvious. I considered The Zombies, Manfred Mann, and The Shadows Of The Knight as this is essentially a cover version of mojo pork, but I decided those were a bit too Garage via Mersey Beat rock. So I went with one of my favorite rare groove artists, Jimmy Smith. The combo of gravelly vocals, punchy brass accents, and Smith’s signature Hammond B-3 organ perfectly captures a sort of roadhouse feel where this Hillbilly Cuban mash-up would be served on squishy buns with pickles and slaw. He takes the original gut-bust blues and massages it into an extended soul joint perfect for dancing or just eating a bit of pork with a cold beer. It’s without a doubt one of my favorite Smith tracks and the reason it serves as the inspiration for this recipe. 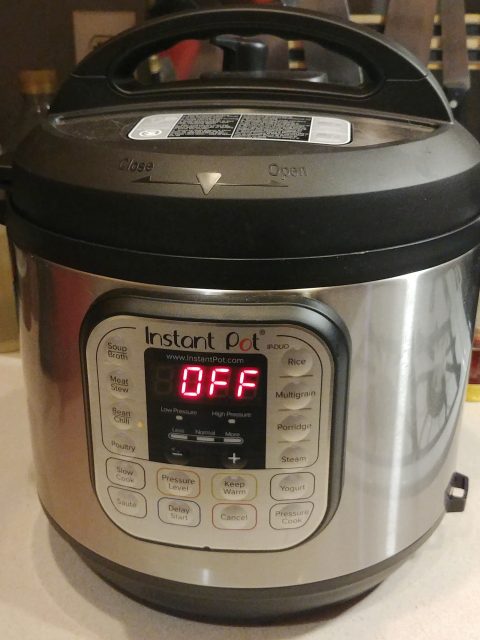 What led me to the idea of making a Hillbilly Cuban mash-up mojo pork was the addition of a new kitchen toy: an Instant Pot. I had resisted this particular kitchen device for a few reasons. First, I rarely used the slow cooker that sat gathering dust on my counter. Pretty much anything I could do in a slow cooker I could do in the oven or on the stove.

Second, I never really had a need for a pressure cooker. I knew they made dried beans easier to make and allowed for faster cooking of usually long cook items (like mojo pork), but I look at cooking as meditation. I’m fine with slowing down and letting the process unfold at a natural pace.

Mostly, though, the reason I avoided the Instant Pot was its cult following. I remember how, shortly after its release, my newsfeed suddenly shifted to “All Instant Pot All The Time!” Countless YouTube channels sprung up with people breathlessly stating how revolutionary this one single item was for the modern kitchen. I have an extreme allergy to that kind of hypebeast vibe and wrote it off as just another Millennial driven trend.

I now gladly admit I was wrong though I still find the cult following a bit silly. It’s a brilliant piece of hardware, but not particularly revolutionary or life-changing. Much like any device like this, everything it can do can be done in pots and pans on the stove. Its innovation lies in replacing a myriad of devices in one: slow cookers, rice cooker, pressure cooker, yogurt maker – hell the damn thing even has a “saute” mode so you can brown meat and slow cook in the same pot. Plus, it DOES make more complicated cooking tasks like perfect beans or rice MUCH easier and consistent.

Technically, the first thing I made in the new toy was some rice for a batch of Kung Pao Fighting, but that was more due to Cherie (of We Can Tour That fame) wanting to try it out than doing an actual cook test. For the first proper test, I went with pork. I spent quite a few years cooking pork for a living. Low and slow is pretty much the mantra for great juicy shreddable swine. Sure, there are tricks to speed things up a bit, but if you’re seeking really delicious pork shoulder, it’s going to take some time.

So when a bit of research on Instant Pot pork claimed I could go from raw pork to juicy dinner in less than 2 hours cook time, I was truly skeptical. I could have chosen to go straight BBQ pork, but that seemed a bit too pedestrian. Plus, I had a couple of ideas for more Cuban leaning recipes. To be clear, I am NOT claiming this is Cuban Mojo Pork. It’s a soulful cover version with a bit of Southern BBQ seasoning and a touch of Latin heat. As with all of my recipes, it does not require any particularly difficult to find ingredients. These were all easily available at my local grocer and, thanks to winter citrus season, were incredibly fresh and cheap. As I live in a Latin neighborhood, I can usually find fairly cheap bone-in skin-on pork shoulder usually made into pernil around here. You can use the bone to make stock and the skin for some pork rinds. The rub recipe will make much more than you’ll need for this recipe, but it keeps great in an airtight container and is brilliant on chicken, beef, and pork.

This recipe requires two tools: a blender for the sauce and the Instant Pot. I really loved the ability to sear the pork in the pot thereby keeping all those little crusty pork bits in the pan. Dump the sauce ingredients into the blender, mix thoroughly, toss into the pot on “saute” to heat up and deglaze, then nestle the pork into the sauce. The lid on, the pressure up, and wait for far less than if one was using the oven. A little rest time, reduce the sauce, shred the pork & toss in sauce, and it’s pork dinner in under 2 hours. I will confess to missing the cooking smell one gets with an oven or slow cooker, but honestly, with these end results, I’ll live.

I’ll admit the Instant Pot made some damn fine pork. No, it’s not as great as a low and slow smoked pork shoulder done outdoors over an apple and maple wood fire, but that’s a given. It is as good if not better than using an oven or slow cooker with about a third of the time to cook. I rarely used my slow cooker having switched from slow cook beef stew to the stovetop vegan Stew Are You, but I can see myself using the Instant Pot for all those “difficult” recipes I’m cool using a crutch for like lentils or dried beans or even rice. I also contemplating trying yogurt as that’s definitely out of my wheelhouse and something that cannot be done with stove or oven. I’ll also likely try a few more long cook types of meat to see if they stack up against the mojo of this Mojo Pork.

So what did I do with a couple of quarts of Mojo Pork? Well, there are these breakfast tacos. I also mixed it into some BBQ beans and made a killer grilled cheese sandwich.

Liberally season the pork pieces with salt & pepper. Set the Instapot to Saute and when it’s come to temperature, sear the pork on all sides, cooking until lightly browned. Work in batches if needed. Transfer browned pork to a plate and set aside.

With the Instapot on saute, pour the sauce into the pot and bring to a boil. Scrape any brown bits off the bottom of the pot. Nestle the browned pork into the sauce.

Place the lid on the pot and set to High-Pressure Cook for 60 minutes with “Keep Warm” set to off. When the cook is complete, let the pressure naturally release for 30 minutes then manually release.

Transfer the pork to a plate and let rest for 10 minutes. Shred with forks or your hands if the heat does not affect you. Strain the sauce and simmer to reduce by half. Toss with the pork to coat.

ALL YOU NEED IS RUB
Yield: 3 cups

Combine all ingredients in a large bowl. Mix well – your hands will work best for mixing. Store in an airtight container.