Cheesed To Meat You 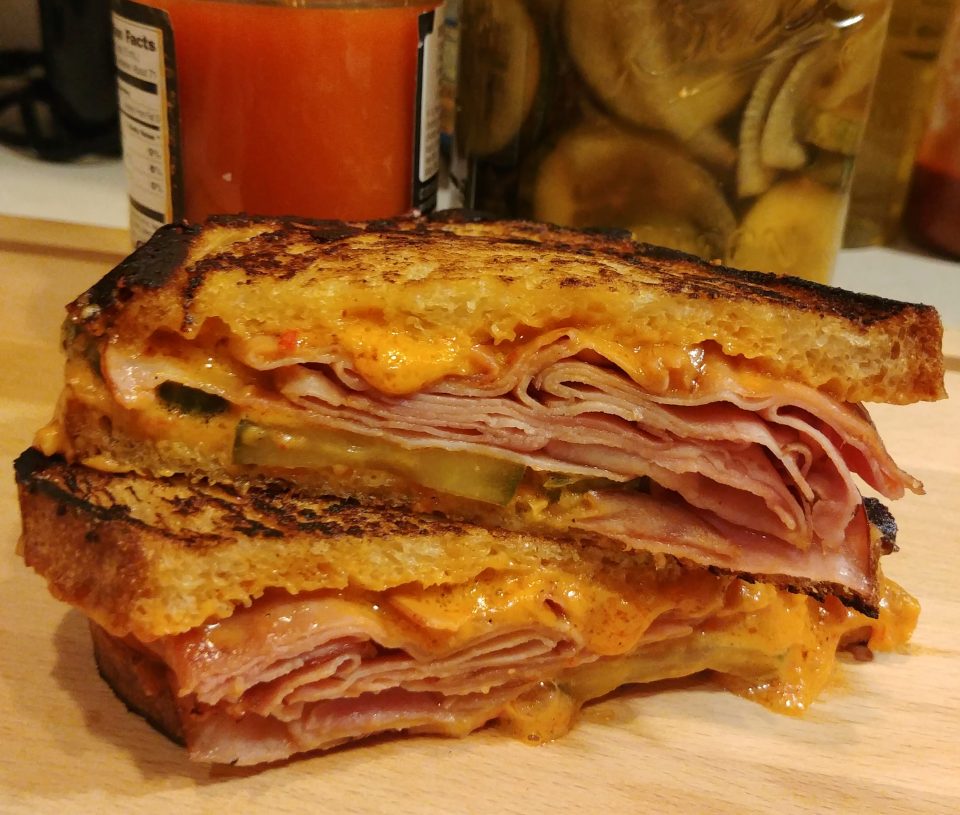 “Pleased to meet you. Hope you guess my name.”

Beggars Banquet is an incredible name for a dive bar restaurant and I wish I had the money to open it. The second BBQ joint I ran was called Beast Of Bourbon and I’m still pretty happy to have worked at a joint with such a great Stones pun. I prefer their ’60s/very early ’70s material. I think they should have retired decades ago. Keith Richards both impresses and scares the hell out of me. I realize I could put together a whole menu based solely on Stones references and puns and I might just do that.

I like The Rolling Stones, but I don’t love The Rolling Stones. I acknowledge their place in music history, both as rock pioneers and blues appropriationists. As I’ve stated in the past, I’m a die-hard Who fan which wouldn’t necessarily preclude me from being a Stones fan despite that Mods vs. Rockers thing. (To be clear, I was NEVER a mod but was a Rocker with Mod friends and Mod musical taste.) It’s just that the Stones are rarely a choice when thinking about something to play. The irony is every time I do find myself listening to the Stones, as was the case writing this, I always have the same conclusion:

“I need to spend more time listening to The Rolling Stones.”

This recipe actually started as the name for a cheesesteak special at a pub I managed. Then I used it for a cheeseburger but honestly thought that recipe missed the mark. So, I went back to the drawing board to find something interesting combining meat and cheese. That’s when I realized I never really make grilled ham and cheese. And I have definitely never made a grilled ham and pimento cheese.

Despite most of my family hailing from the Southern U.S., I did not encounter pimento cheese until after I opened a small BBQ joint. Sure, I had heard of this fabulous Southern cheese spread, but I had never had it. I did a deep dive on recipes and history, did a bit of R&D, and put together the recipe below. I have yet to find a pimento cheese I like better. That’s not a brag – just plain honesty.

As mentioned in a previous pimento cheese article, my recipe swaps out the pricey jarred pimentos with roasted red peppers. If you’ve got a charcoal grill, roast them with a bit of smoke. Otherwise,  oven roast or a little open gas flame stovetop action will fit the bill. In any case, this is a make ahead recipe. Put it together a day before you want to make the sandwich to allow the spread to set up and the flavors to meld. Then again, one should really always have pimento cheese in the fridge so there should be no reason to have to wait for this sandwich.

To state the obvious, this is grilled cheese. More to the point, this is grilled cheese with a cheese spread. That means timing is everything. You want the pimento cheese to soften without breaking apart and becoming an oily runny mess. Fry the ham ahead of time. Assemble the sandwich then butter the outside. Do not over stuff. Let the cheese spread help initially hold the sandwich together. Keep the pan heat at medium or medium-low. Take care when flipping the sandwich. Take your time. Do not lose focus.

The end result will be a sandwich of epic decadence. Savory pimento cheese. Salty-smoky ham. Sweet crunchy pickles. It looks a lot messier than it is, but grab a few napkins just in case.

Fry the ham in a skillet over medium heat until lightly browned. Remove from the skillet and set aside on a plate.

Lightly butter the outside of the assembled sandwich. Place in a skillet over medium to medium-low heat and grill until golden brown. Take care when flipping the sandwich as pimento cheese can get a bit messy in the pan.

Roast the red peppers on the stove, in the oven or – ideally – on a grill with a bit of wood smoke until skin is charred. Place the roasted peppers in a paper bag (or cover them in a bowl) and let them steam a bit. When cool enough to handle, peel off skin, remove seed and set aside.

Place the roasted red pepper and candied jalapeno in a food processor. Chop until they are almost a paste consistency. Add the shredded cheese, mayo, Worcestershire, yellow mustard & spices.

Blend until it forms a spread – occasionally scraping down the sides. It will appear to be a bit thin and watery. FEAR NOT! Place in a storage container and put in the refrigerator several hours or (even better) overnight. Your patience will be rewarded with a true Southern treat!

NOTE: While a food processor is an optimal tool for this recipe, it is not necessary. Just finely shred the cheese and finely mince the red pepper and jalapeno. Mix everything thoroughly with a spoon. You will not get as smooth of a spread but it will still be delicious.

ADVENTURES IN HOMEMADE CHILI CRISP If you have not

RAPP SNITCH KNISHES Another recipe from my Cooking

SGT PEPPERJACK'S LONELY CHAR DOG WITH HAM When I w

FRY DAY FRIED FISH Inspired by the Buzzfeed Worth

LUNCH RAMYUN One of the benefits of working on a r

That rare moment where I'm deep frying fries at ho