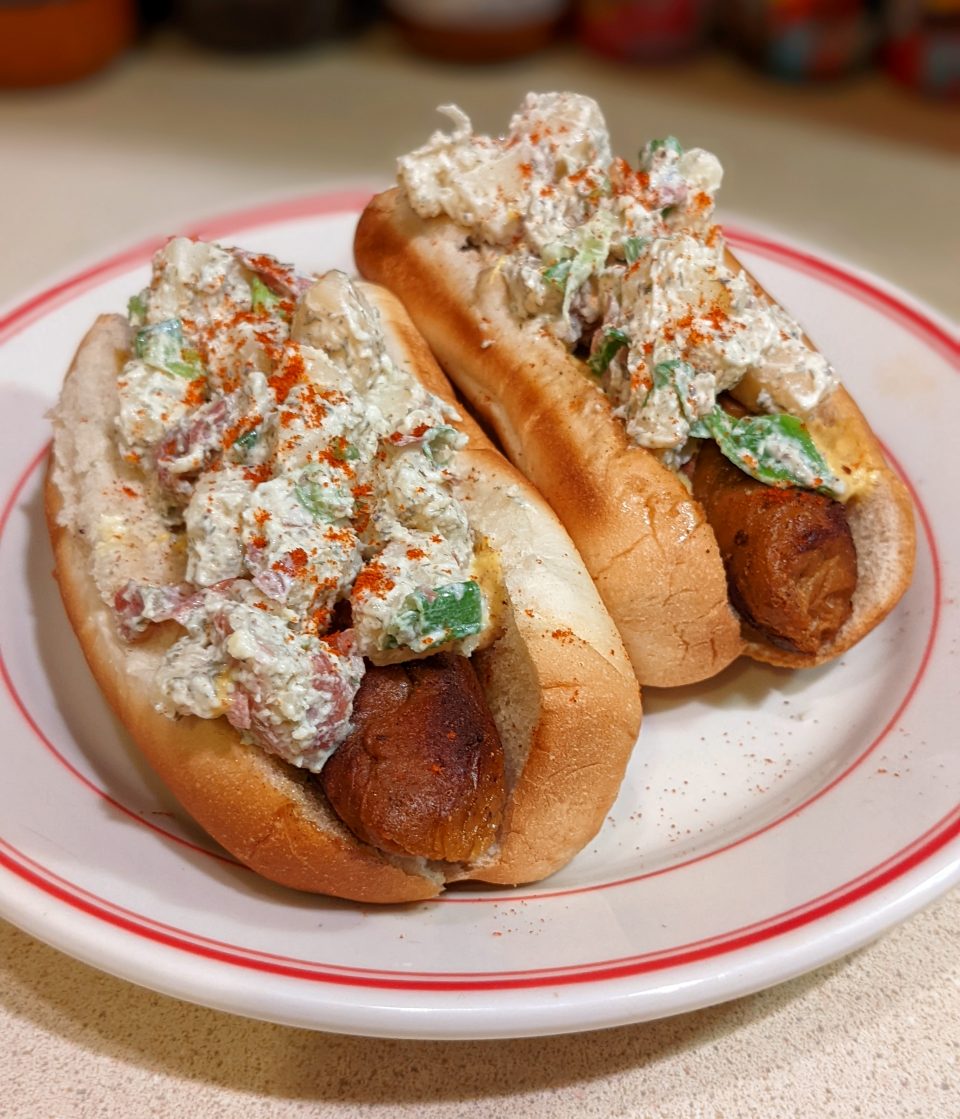 “You’re living in your own private Idaho”

it’s rare in recorded music for a band to have an amazing debut album and then follow it up with something even better. It’s called the “Sophomore Slump” and is usually the result of having years to write that first album but months for the second. Then there are musical unicorns like the B-52’s. Their first two albums are perfect. Both are equally brilliant and both are packed from start to finish with joyous goofy pop. If you do not find joy in the B-52’s, you are clearly dead inside. I’m personally slightly more partial to Wild Planet as, to me, this is where they really hit their stride. So many great tracks (and I’m reminded I need to do a “Quiche Lorraine” recipe) but the theme here tops my list of favorite B-52’s tracks and even makes my Top Tracks of the ’80s list.

During research for my second hot dog recipe zine, I stumbled on something I’m sure I always knew but just never thought about. A lot of delis in NYC use potato salad as a topping for hot dogs. That something so simple and logical never occurred to me kind of made me embarrassed. Then I saw Sporked called it “the best condiment for hot dogs” and well my destiny was set. I whipped up some of the Cha Cha Hut’s potato salad, made a few seitan dogs, and it turns out my own Private Idaho is a dog topped with salad.

Cook your dogs by your favorite method. Except boiling. If you boil hot dogs, you’re dead to me. I prefer either grilling over charcoal or in a cast-iron pan.

Place your cooked dog in a bun (toast it if your wish) add some spicy mustard and top with a couple of tablespoons of potato salad. It’s a BBQ party in Idaho on a bun!

Scrub potatoes. Place in a pot and cover with water by 1 inch. Bring water to a boil – reduce heat and simmer for 20 minutes or until potatoes are fork tender but not mushy. Drain and cool potatoes. Cut them into medium dice.

In a medium bowl, whisk together sour cream, mayo, cider vinegar, Dijon, celery seed, dill, salt, and pepper. Add potatoes and scallions to the bowl and gently fold to coat. Try not to mash the potatoes too much.

Place in a container and put in the fridge for at least an hour or – even better – overnight. The flavor improves greatly with an overnight rest.