Monkey Bread Muffin In Your Soul 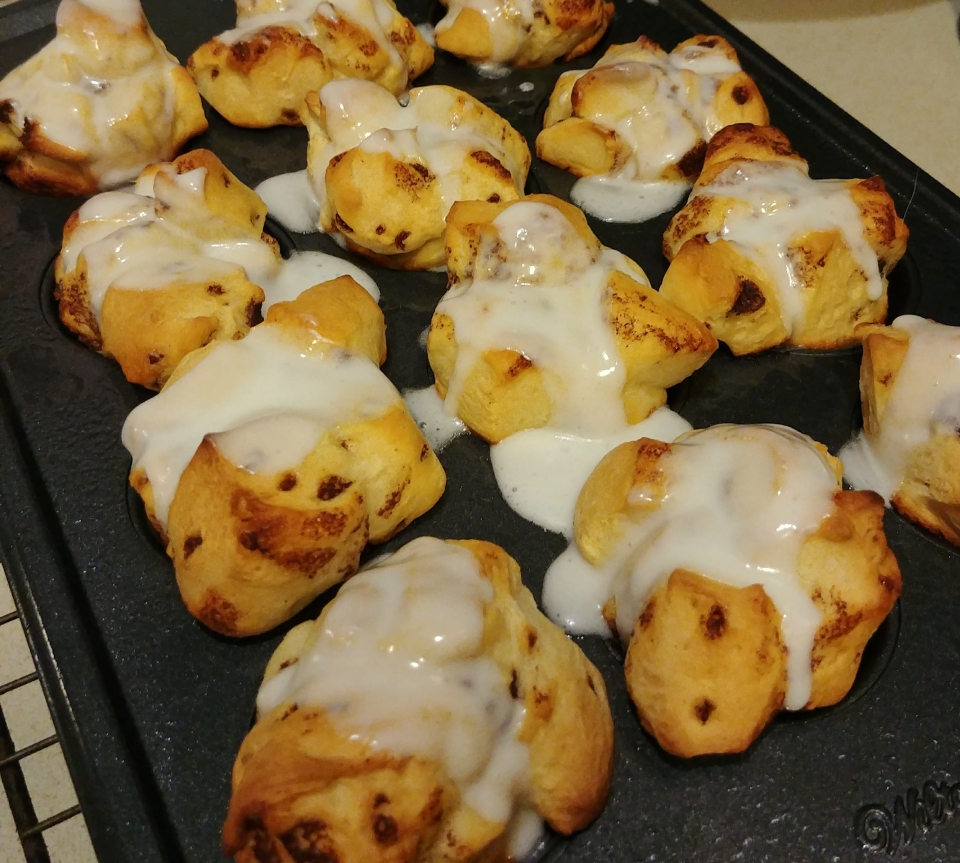 “Honey, don’t you think it was wrong to interrupt my song?”

Steely Dan, especially deep cut Steely Dan from their peak mid-’70s era, is highly underrated. While the songs sounded like cheesy yacht rock pop, their musicality and smart lyrics were the polar opposite. Even the tracks that broke through to Top 40 radio were far smarter and better produced than most of their contemporaries. I really only knew the Top 40 Steely Dan until falling in with a group of late ’70s New Wave kids from another high school. That they were listening to Steely Dan alongside Eno, The Stranglers, and The Sex Pistols was a shock to me. That is until I started really listening, especially to albums like Katy Lied and the source of this recipe inspiration, Pretzel Logic. Funky, jazzy, bluesy tracks laying a musical bed for English Lit Major lyrics is likely the reason Steely Dan has gotten the short end of the musical appreciation stick. I will admit this, their later work is less than stellar, but that ’70s era stuff is something ANY true music fan needs to re-visit.

As someone who grew up in the Midwest during the ’70s and ’80s, I find it amazing I never encountered Monkey Bread until about three years ago in New York City. For those unfamiliar, according to Wikipedia:

“Monkey bread, also called monkey puzzle bread, sticky bread, Hungarian coffee cake, golden crown, pinch-me cake, and pluck-it cake is a soft, sweet, sticky pastry served in the United States for breakfast or as a treat. It consists of pieces of soft-baked dough sprinkled with cinnamon. It is often served at fairs and festivals.”

For the Donuts Make My Brown Eye Blue recipe, I needed Pillsbury Cinnamon Roll dough. My local grocery was having a “2 for 1” sale so naturally, I bought two cans. Having used one to make doughnuts – and therefore solving my doughnut cravings for the near future – I turned to the interwebs for ideas for that second can.

Which lead me to Cinnamon Roll Monkey Bread Muffins.

I only have mini muffin pans for reasons that are deeply personal so I had to tweak the full-size muffin recipes. I believe these mini muffins are actually superior. More muffins from the can. They make you feel like a giant. Plus, you get better portion control. Most of the recipes I found suggest microwaving the icing. I do not own a microwave for a variety of deeply personal reasons so I set the icing on the warm stove to soften. Works just as nicely and do not take up valuable Brooklyn counter space.

Heat oven to 400°F. Grease 12 mini muffin pan with shortening or cooking spray. Set icing on top of the warm oven to melt while muffins bake.

Separate dough into 8 rolls. Cut each roll into 9 small pieces; fill each cup with 6 – 7 pieces.