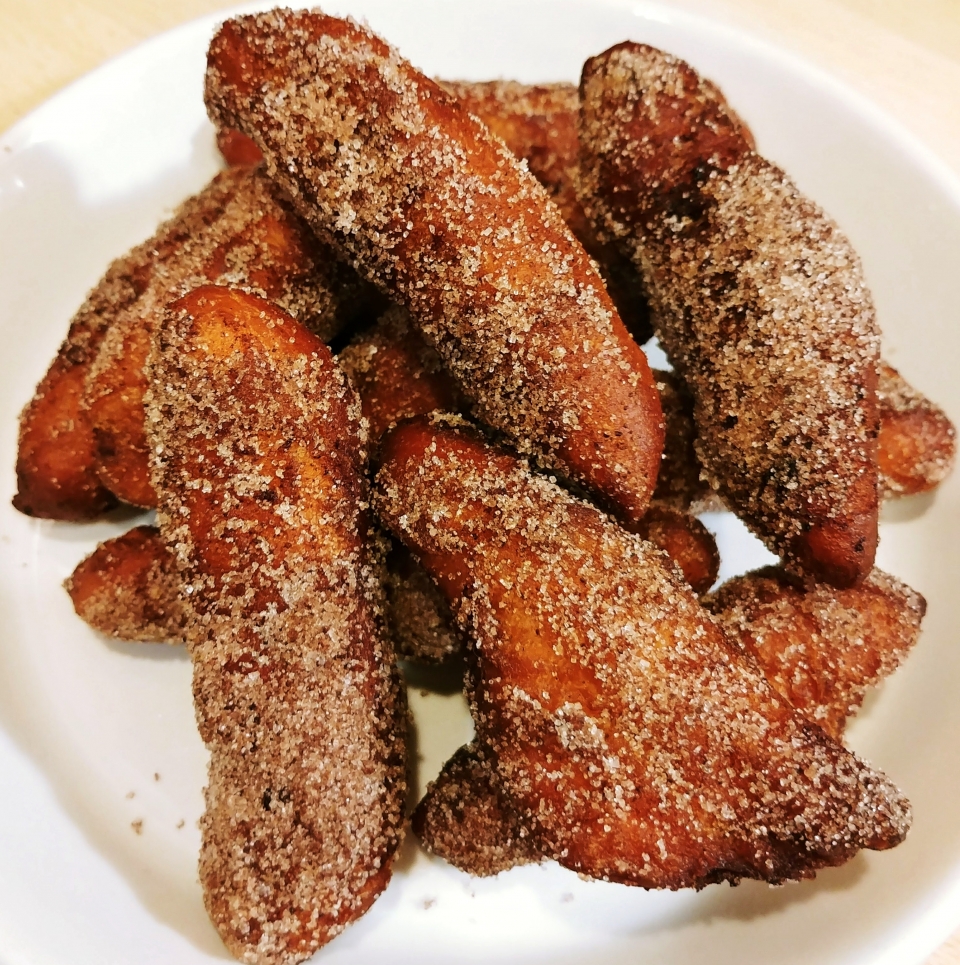 Long before Taylor Swift made that weird jump from country to pop, there was Crystal Gayle. Ostensibly a country artist, she often crossed over to the pop charts with hits like the theme song for this recipe. In 1977, it was pretty much impossible to escape this song if you listened to Top 40 radio.  I can’t say I was ever a major fan, but I cannot deny the country-pop brilliance of this song. I’m certain I couldn’t name another Crystal Gayle song, but I still know most of the lyrics to this 30 years on. When I came across this misheard lyric pint glass, I realized I needed to make a batch of donuts in tribute to Ms. Gayle.

Honestly, I rarely have a craving for doughnuts. I certainly have never had a desire to make them mostly due to sucking at baking. As I prefer cake over yeast doughnuts, the overall baking difficulty would be lower.

Then I discovered a way to eliminate the difficulty altogether.

During my research for cake doughnuts, I ran into an article on Spoon University for doughnut fries made with Pillsbury Cinnamon Roll dough. My non-baking inner child danced with glee. Open package – flatten dough – cut dough – roll dough – fry dough – eat doughnuts. Yeah, I can handle that.

I opted to make my dough ropes a little thicker to get a sort of mini cruller doughnut vibe. I definitely recommend the cinnamon sugar coating as it greatly punches up the flavor and texture. Keep that container of icing! It’s the perfect dipping condiment.

To be honest, these are a bit doughier than a standard doughnut. That is to be expected as mass-produced cinnamon roll dough is not going to have the crumb of a cake doughnut or the lightness of a yeast doughnut. As there are only two doughnut eaters at the BGC headquarters, we had quite a few leftovers. Placed in an airtight container, they held up well over two days only getting slightly softer but not getting stale.

While oil is heating, open the cinnamon roll tube. Reserve the included icing for dipping later. Separate the dough rounds.

One at a time, flatten the dough until about 1/4 inch thick. Slice flattened dough into three strips. Roll each strip between your hands to make little ropes. Place ropes on a plate until all of the dough has been cut.

Carefully drop a few strips at a time (5 – 6 is a good number) and fry until golden, turning once 2 minutes. Transfer to a plate lined with paper towels.

Leftover donuts – in an airtight container – can be stored in the cupboard for a couple of days. They will get a little doughier with time.