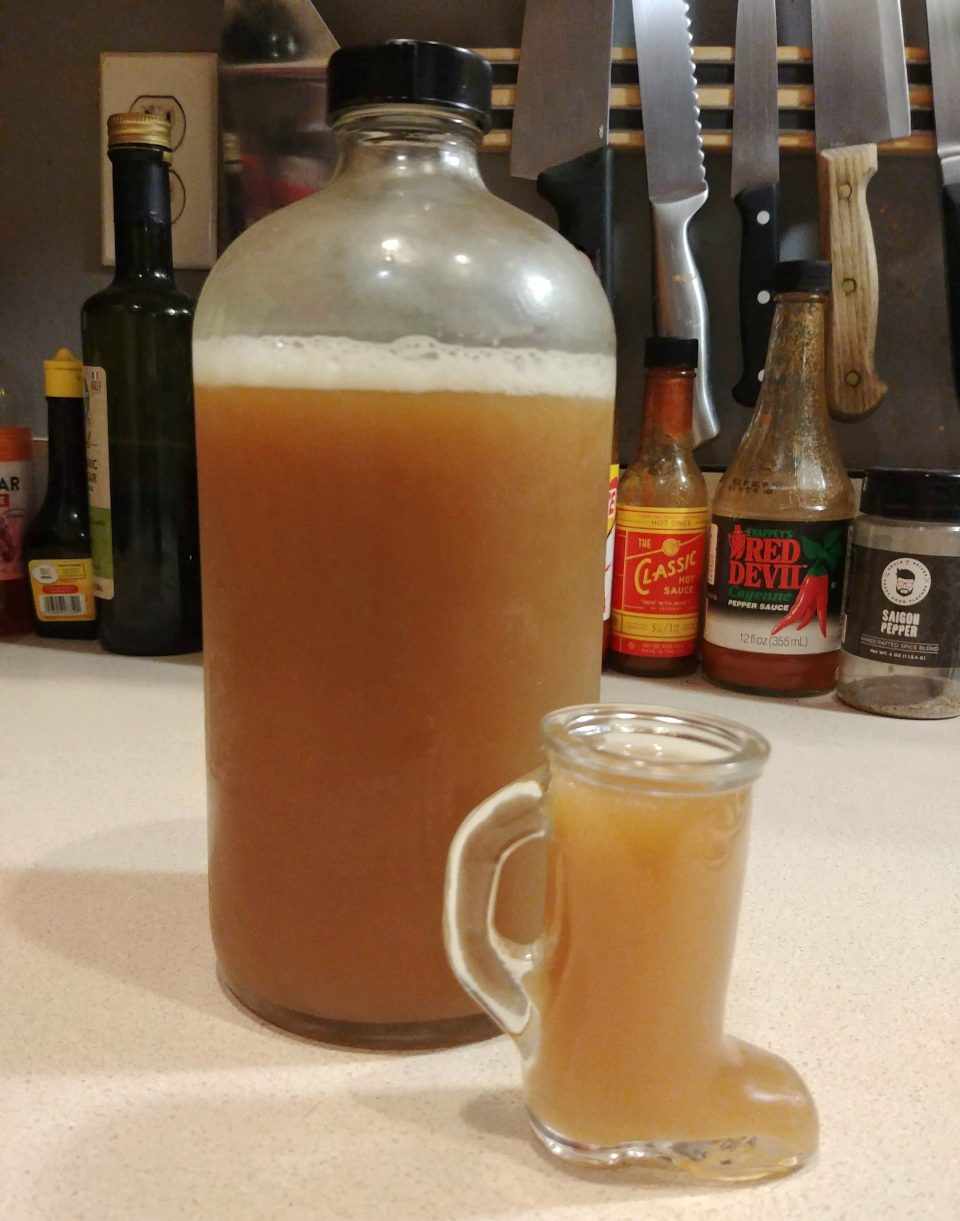 “That’s why I say hey man, nice shot. What a good shot man.”

I’m guessing very few people in 2020 remember Filter. As far as I know, “Hey Man, Nice Shot” was their only hit. Let’s be honest here: it’s a straight-up Nine Inch Nails ripoff. Not surprising considering founding member Richard Patrick was the touring guitarist for NIN. This track, according to the controversy, was supposedly either inspired by the press conference of R. Budd Dwyer or Kurt Cobain’s suicide. I’ve always thought of it as more a mass shooting story than a suicide story. Kind of an industrial cousin to Foster The People’s “Pumped Up Kicks.” Yeah, it’s dark as hell. Yeah, it’s a blatant NIN rip-off. It’s also a solid rage rocker for those times you want to scream lyrics in your living room or thrash in the kitchen.

Around 2018 I started a mission to see if I could recreate the original Vernors ginger ale. The current incarnation lacks the burn and ginger kick of my childhood fave. While that mission is still incomplete, research led me to start making ginger beer. Cherie (of We Can Tour That fame) makes a living talking. That means, much like Miles Davis, she often has a sore throat. Not from sickness; just from stain. Ginger shots are a recommended treatment so I shifted my ginger focus to making something she could do as shots but that I could use for soda making.

This recipe represents about 20 variations and tweaks over the years. The ingredients mostly stayed the same, it was the proportions that I changed. If you want a sweeter drink, you could double the sugar. I prefer this less sweet with more ginger heat. A few ounces of this combined with seltzer makes a damn fine soda. Throw in an ounce or two of dark rum for the best damn Dark & Stormy you’ll ever have.

One note on the again of this recipe. This is not technically a fermented ginger beer. The three days resting a room temperature will add a little dizziness, but this is not a recipe that results in carbonation. For that, you’ll need to get deeper in yeast and bottling and yadda-yadda I’m not that concerned about. This works perfectly as a straight “health” shot or a base for a soda or cocktail. I have noticed over the years, even when stored in the fridge, this will get more potent with age. A couple of weeks is probably the longest I’d store this before dumping and making a new batch. It’s not that it won’t last longer than 2 weeks in the fridge. It’ll get REALLY (and somewhat overly) intense. If that’s your thing, then go for it!

Add everything to saucepan including lime rinds. Bring to a boil to dissolve the sugar. Reduce the heat & simmer 30 minutes. Cool to room temperature on the stove. Strain through cheesecloth squeezing cheesecloth to get all the liquid. Pour into a glass bottle. Let age 3 days in a cool dry place on the counter, shaking once a day, before tasting. Store in the fridge.

To make a ginger beer soda: Add 2-4 ounces of the ginger beer base to 12-ounce glass with ice. Top with seltzer and stir. Garnish with a lime if you’re fancy.