Give Chickpeas A Chance 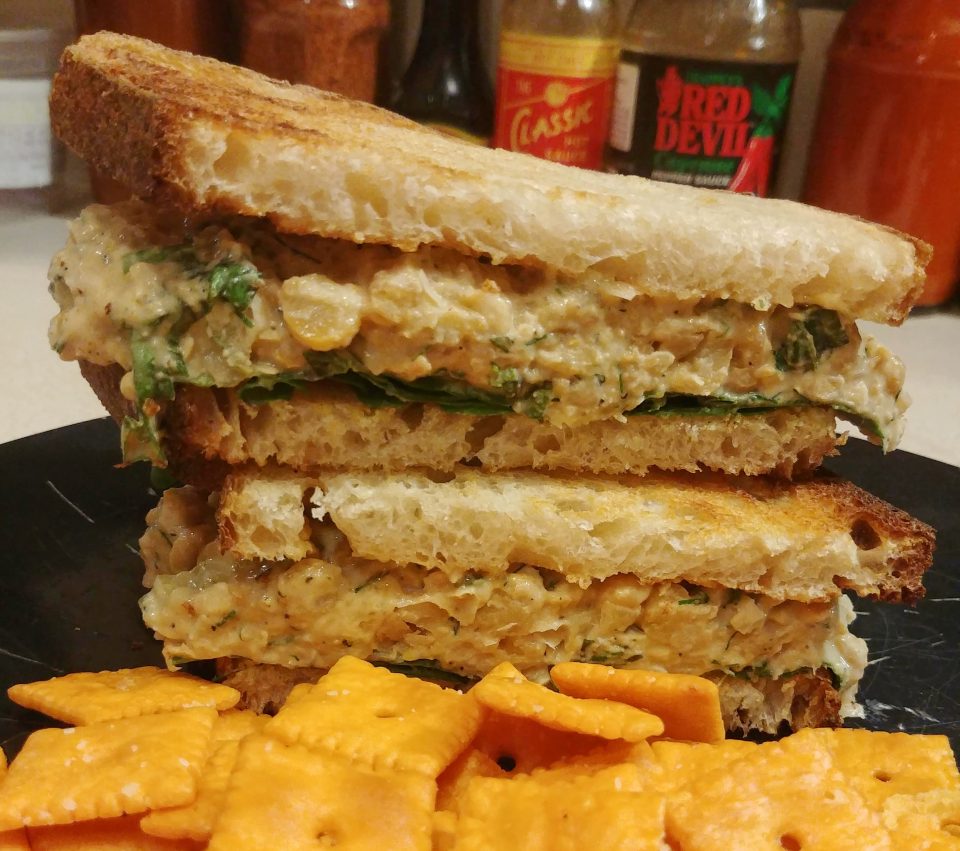 “Like I said before, if you live in a glass house you should never throw stones.”
Theme song by Prince Buster “Give Peace A Chance” from Ska & Rocksteady Collection Vol. 7
Listen on Spotify
Listen on YouTube

I’ve been sitting on this recipe pun for many years though I always thought green peas would be the featured ingredient. I also thought I’d likely go with the obvious Plastic Ono Band original. Then this recipe happened and I’m once again diving into cover version territory both musically and culinary.

I owe my love of ska & rocksteady to my best mate in college. The early ’80s saw the UK ska & 2 Tone scenes hit the US underground. My mate had the look – Quadrophenia parka, mod-ska haircut, and Vespa scooter – plus he played guitar in the locally famous ska band. There were many many lost nights in those years (ahh to be young again) but I also got an amazing education not only on the ’80s ska & 2 Tone scene but also its rocksteady historical roots. There are defining moments in one’s musical education (or at least SHOULD be), and my years hanging with my Mod Ska Mate, sometimes getting a bit out of control, but always passionate about the music, is one for me.

So why Prince Buster? Well, no real reason other than it came up in a Spotify search and I love his take on this song. I had considered The Maytals cover (also freaking brilliant), but I tend toward deeper cuts and rarities for Music & Food, Especially when it comes to covers. I’m going to bet most music fans are not familiar with Prince Buster. That’s not a diss, it’s just the reality of reggae & ska if you live in the US. Prince Buster was a major influence on the first wave of the ska revival (I’m talking ’80s here because whatever the hell “ska” is now is an abomination) and a brilliant rocksteady artist. Have a listen to the theme song here. It takes the original and filters it through a Jamaican sunshine vibe that somehow is both laid back and a call to action. It’s the perfect jumping-off point to explore a deep dive into rocksteady and early ska. My suggestion if you’re a Spotify user? Start a Song Radio from this track. You can thank me later.

This is, of course, also a cover recipe. A plant-based mod on an omnivore recipe. You’ll find this on countless menus in Brooklyn as “tuna” salad (yes – with the quotation marks) or maybe they get clever and call it “Tune A Salad.” (Actually, I’ve never seen anyone that clever.) Let’s be clear, this is CHICKPEA SALAD! Sure, It’s got a tuna texture and vaguely tuna taste, but it’s NOT TUNA!!! Seriously, why the hell do vegan & vegetarian joints continue to perpetuate the language of meat while advocating a plant-based diet? Embrace those plants. Call your dish what it is. Afraid you’ll alienate the omnivores? Trying to dupe them using the language of meat is a bigger setup to fail than attempting to convince them you’ve made vegetarian food even omnivores will love.

I have run into variations of this recipe for years since I started researching plant-based cooking. I think I actually tried an early version several years ago for a cafe I was working at. My vague memory had me not impressed enough to add to the menu.

Fast forward to the 2020 Pandemic Lockdown and the skyrocketing cost of everything including tuna. A tuna sandwich or tuna melt is pretty much a default “fuck it, I don’t feel like cooking” dish. Then, suddenly, no sale pricing for tuna and prices through the roof. Dried chickpeas continued to be cheap and I have an Instant Pot so I found myself pulling out old R&D notes and seeing if I could actually make a solid substitute for my beloved tuna salad.

The answer is, obviously, yes. This has the texture and much of the flavor profile of traditional tuna salad. No, it does not hit those fish notes, but I have heard adding a bit of nori to the mix will fix that. I’m cool with where this lands. It’s NOT tuna because it IS chickpeas.  It’s a brilliant salad, low-calorie, satisfying, and very versatile. Have it, as shown here, as a sandwich or simply over greens. Even better, it lasts in the fridge for a week without getting mushy like that other sandwich salad.

Drain and rinse chickpeas, place in a medium-size bowl and roughly mash the chickpeas, about 3/4, with the back of a fork or potato masher, until desired consistency. Add the rest of the ingredients and mix well. Serve chilled or at room temperature. Store leftovers in an airtight container in the fridge.

For the sandwich
Toast two slices of sourdough to your desired doneness. Line one slice with baby spinach and top the spinach with some chickpea salad. Sprinkle a touch of sea salt over the salad and top with the second slice of sourdough. Slice in half & enjoy!