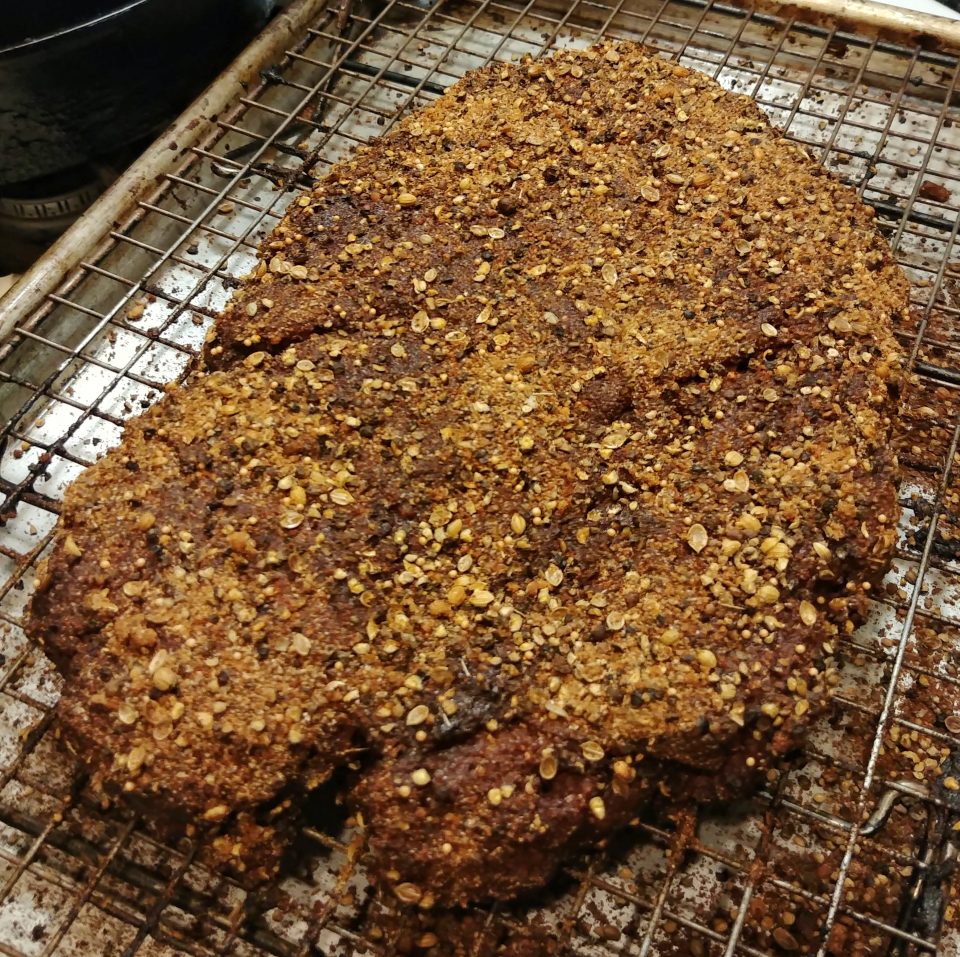 “It’s just the kind of day to leave myself behind”

There was a moment in my early music collecting days where I was fairly deeply invested in prog and art-rock. I was young, it was the ’70s and basically, everybody was stupid. I bought my fair share of ELP, Yes, Genesis, and Alan Parsons Project. The one band I never collected on an album level was The Moody Blues. Sure, my single of “Nights In White Satin” was a staple of every basement makeout party, and the radio edit version of the theme for this recipe is still the only Moody Blues song I truly love. That’s the extent of my MB love or even knowledge. Why? Because they are truly everything that is wrong with prog-rock.  Overblown production with overdramatic lyrics for overlong songs. It’s why I can only tolerate the radio single versions of the few songs I do like. Sadly, I like to keep the theme songs true to the original album tracks, so the link above will give you the full Moody Blues pompous experience. 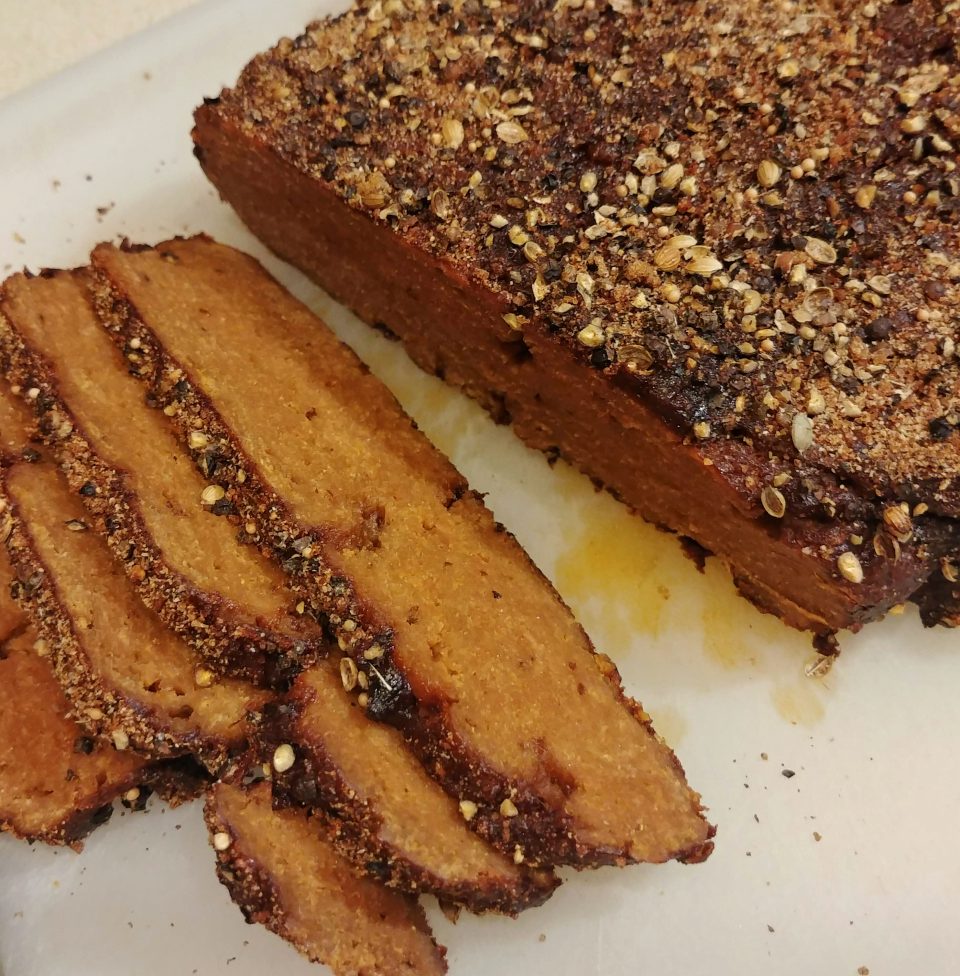 It was by sheer coincidence that I, in fact, made this recipe on a Tuesday afternoon. Having successfully made seitan brisket, I became obsessed with making seitan pastrami. I researched, combined, and tested a variety of recipes most having disappointing result so decided to return to my original brisket. As pastrami is essentially a cured brisket that has been coated in spices and smoked, it seemed logical to take my seitan brisket, cook up until the grilling step, and then coat in pastrami spices and steam roast in the oven.

Sure, this is pastrami adjacent like seitan brisket is brisket adjacent. It’s got the spice and texture of pastrami, but obviously not the true “beef” flavor. I’m sure this would benefit from swapping the oven time with a bit of smoking on the grill. That would certainly take the “pastrami-osity” up a notch or two. It was wicked windy the day I made this, so that test will have to be for future pastrami.

DAYS OF FUTURE PASTRAMI
Seitan in a pastrami style

Place the whole seeds in a ziplock & crush with a skillet to crack. Mix cracker seeds with the rest of the ingredients. Set aside

Prepare a baking dish by coating lightly with oil. Set aside. Preheat oven to 375°F.

Mix the wet and dry batches separately. Combine dry mixture with half of the wet mixture.  Mix until combined completely. Knead for 3 minutes until all is mixed thoroughly and the dough has an elastic texture. Form into a rough oval shape and place in the baking dish. Lightly coat the raw seitan with oil. Add rest of braising liquid around the casserole dish, pouring over raw seitan.

Place in oven and bake for about 25 minutes. At the 25 minute mark, flip the loaf over, and baste with some of the remaining liquid in the dish. Place back in the oven for another 25 minutes.

The liquid should be almost evaporated and thickened. Remove from the oven and leave to cool for a few minutes.

Reduce the oven temperature to 300°F.

In a small bowl, mix the reduced sauce from the pan with 2 tablespoons of mustard. Place a cooling rack into a sheet pan and put the seitan on the rack. Place a quart of water in an oven-proof pan and place it on the lower oven rack.

Coat the seitan with the sauce and mustard mixture and cover with a solid layer of the pastrami rub. Place on the upper oven rack (halfway from the top of the oven), above the water pan. Allow to roast for 25-30 minutes until a solid crust forms but the seitan is still slightly springy to the touch. Remove from oven and let cool 10 minutes before slicing.