I Broccoli Melt With You 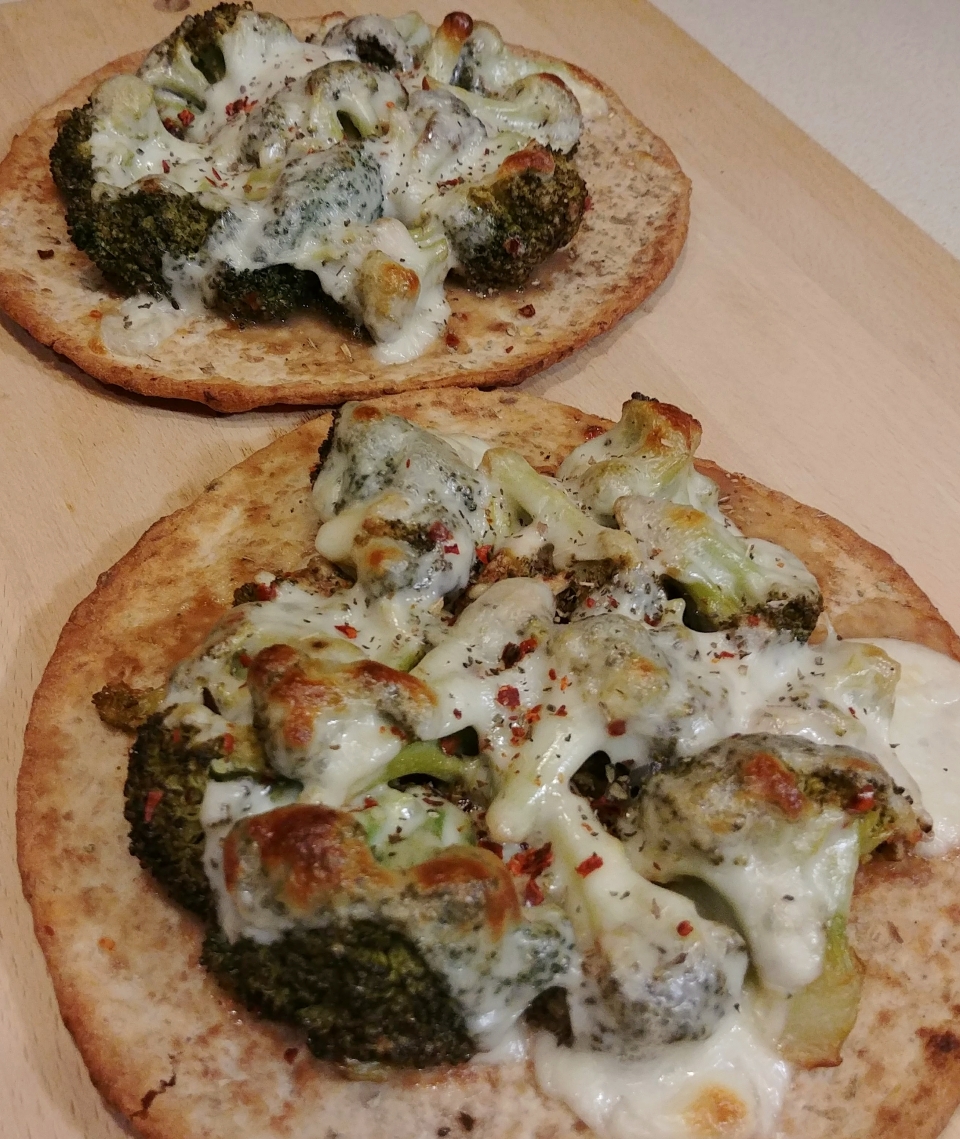 I have a soft spot in my musical heart for one-hit wonders. I’m especially impressed with those bands that can take that one hit and make a fortune over decades. This Modern English single is, to me, the highest form of one-hit revenue goldmine. Need a song for a cheeseburger commercial? “Call Modern English!” Need some way to convey the sensation of eating that S’More made with (insert brand name chocolate)? “Yeah – what’s that track from After The Snow, again?” Want to reinforce the amazing cheese pull in your pizza ad? “Obviously, it’s ‘I Melt With You’.” It’s a perfect earwig and sounds fresh even decades after release. Despite its frequent advertising use, it remains one of my favorite 80s songs. It was also the obvious choice for this flatbread melt.

I consider pizza to be one of history’s greatest culinary achievements. Infinitely versatile, its range of varieties span simple clean & healthy to a deep dive into the decadent fever dreams of the meat and cheese obsessed. Over the years, I’ve moved more and more toward the healthy pizza end of the spectrum. Less cheese, no meat, all vegetables. I even prefer the new Brooklyn wave of sourdough crusts.

I tend to go out for pizza due to one simple reason: I suck at making pizza dough. I’ve tried many times over the years. I’ve gotten some OK results, but never anything to stand up to real pizza joint pizzas. I’ve tried store-bought dough, but that was just horrible on all levels. So ultimately, I turned to whole wheat flatbreads. I usually have these in the cupboard as I eat a lot of hummus. Toss a flatbread in the oven to toast, add some toppings, pop back in the oven to get everything melty, and voila! A Pizza-ish kinda thing.

This recipe is a riff on an open face sandwich melt. It pairs nicely with a salad for a great simple light meal. I prefer to leave the broccoli in larger florets so it doesn’t turn into mush while baking. I initially added some garlic to the saute, but felt it was overpowering. Keeping the seasoning simple lets the broccoli shine through.

A word about the “melt” part of this dish. Stick with an unfancy cheese. That block of part-skim mozzarella in the dairy case is what you want, not some beautiful milky fresh mozzarella. Deli provolone is another fine choice. I would even bet that a few pieces of white American cheese would kill on this.

While you could finish this off with some fresh basil, I find a bit of dried basil, garlic powder, red pepper flake, and a couple of dashes of hot sauce works best here. There is no real need to get fancy. Think NY slice pizza and you’re on the right track.

While a pot of water comes to a boil, destem the broccoli and break into large florets. Blanch the broccoli taking care to not overcook, about 2 minutes. They should still be crisp & crunchy but bright green. Drain the broccoli and quickly shock by rinsing under cold water.

Heat the oil in a skillet over medium heat until shimmering. Add the broccoli and cook 4-5 minutes or until starting to char slightly. Turn off heat and toss the broccoli with pecorino, lemon juice, and Aleppo pepper in the skillet.

Arrange flatbread on a tray and place in the oven to lightly toast. Remove from oven and scoop the broccoli mixture onto each flatbread leaving a bit of edge space. Divide the mozzarella between the two flatbreads and bake until cheese has melted and begun to brown.

Remove from the oven and finish with a sprinkle of dried basil, Aleppo pepper, salt, and black pepper. Cut into quarters and serve.