Grilling In The Name (Of Tacos) 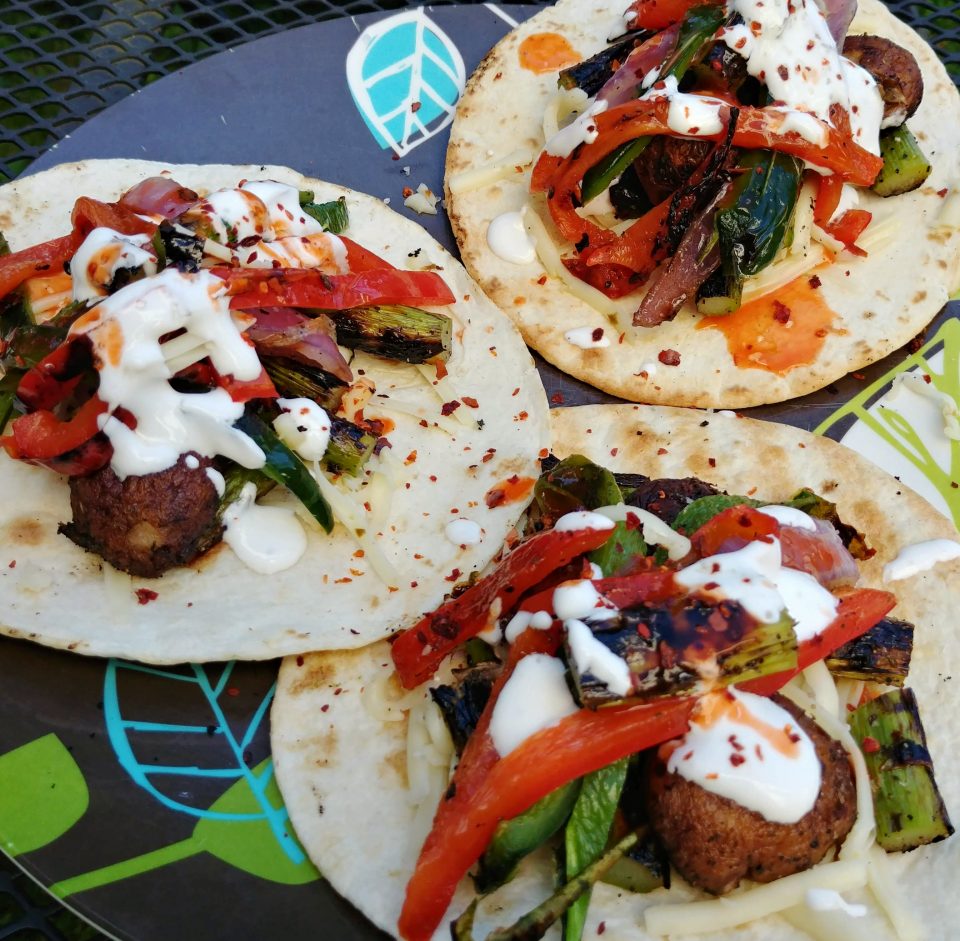 A political rock track about police brutality and racism might be inappropriate for a food pun, but here it is and I make no apologies. To my very marginal defense, I am not the first to make this pun. In the BBQ community, it is a meme with lyrical tweaks like:

“Those who use sauces are the same who burn sausage.”
“Fuck you, I won’t ‘cue what you want me to.”

The recipe for this had to counterbalance the cognitive dissonance of making a food pun out of a protest song. Obviously, it had to be grilled, but a meat fest seemed somehow wrong. Zack de la Rocha and Tom Morello are both vegetarians so to karmically balance the title appropriation I went with a vegetarian grill. 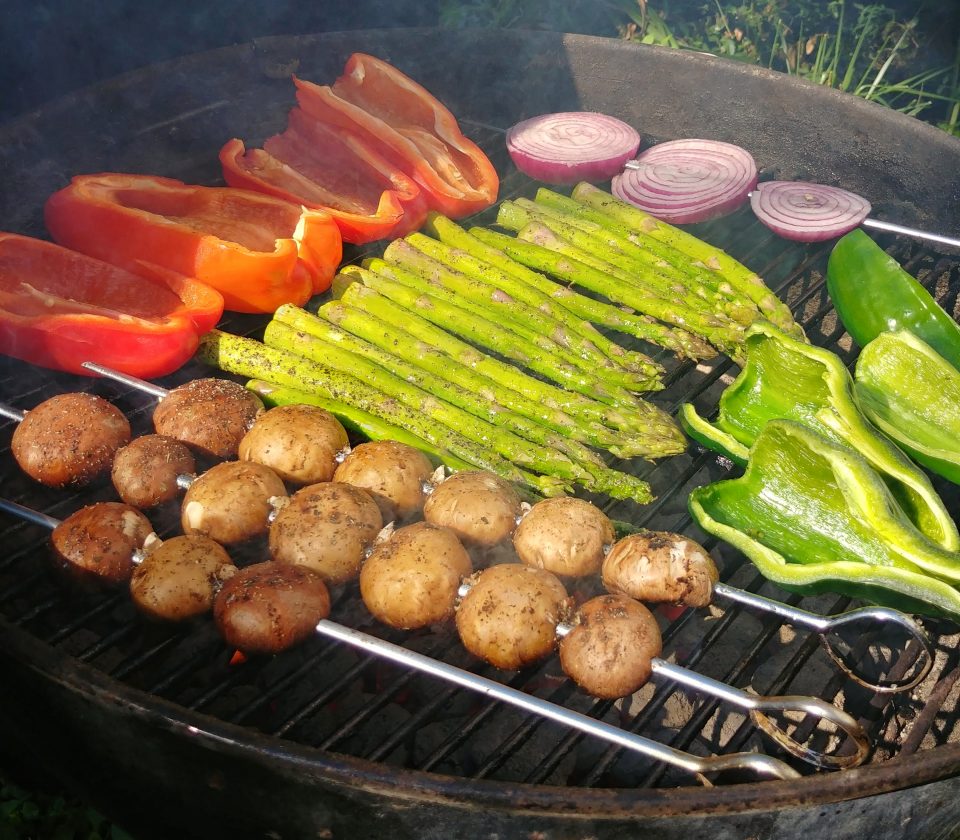 I generally set up a two-zone grill – a hot side for direct cooking and a cool side for roasting and indirect cooking. For vegetables, I prefer a direct setup – charcoal spread evenly across the entire grilling area – allowing for maximum vegetable cooking. Direct grilling does require more focus to ensure items don’t burn but reduces the overall cooking time. I want the peppers to finish first so they can rest in a paper bag allowing for easier peeling. For the rest of the vegetables, I look for a slight grilled char – but not burnt – and tender but not mushy. Pull items from the grill as they are done and keep them warm on a tray covered with foil.

I particularly like the vegetable mix here for the way it comes together. The cremini mushrooms stand-in for the meat. Grilled asparagus subs in for guacamole adding a fresh green note. The peppers and grilled onion come together for a quick roasted salsa. All that’s left is to add a bit of cheese, mix up lime sour cream, and dinner is served. I use the remaining heat from the vegetable grilling to toast the tortillas.

Place the cremini mushrooms and red onions on grilling skewers. Remove the woody part of the asparagus and toss the cleaned stalks in olive oil, kosher salt, and black pepper. Place the skewered mushrooms and onions,  the halved and cleaned peppers and the seasoned asparagus on a clean baking sheet. Set aside.

Prepare your grill for direct grilling and bring the temperature up to 350°F.

Place the vegetables on the grill. Peppers should go on skin side down. Keep a close eye on things so nothing burns. After a couple of minutes, flip the asparagus moving slower cooking pieces to hotter parts of the grill. Remove asparagus when tender and slightly charred. When the skin on the peppers is nicely charred, remove from the grill and place in a paper bag to rest. Remove the red onion tender and starting to caramelize. The mushrooms will likely be the last to finish. They should take on some nice grill marks and be tender but not mushy. Put all of the grilled vegetables back on the baking sheet. Set aside.

Take the sour cream, add the ¼ teaspoon black pepper and the juice of the lime. Stir to combine. Peel the skins off of the peppers and cut the peppers into strips. Medium dice the grilled onions. Cut the asparagus into bite size pieces. Leave the mushrooms whole or cut in half (your choice – I left mine whole). Toast the flour tortillas briefly on the grill.

To assemble the taco, place some shredded cheddar in the center of a toasted tortilla. Add some of each vegetable and drizzle the lime sour cream over the top. Finish each taco with a sprinkle of sea salt and Aleppo pepper.