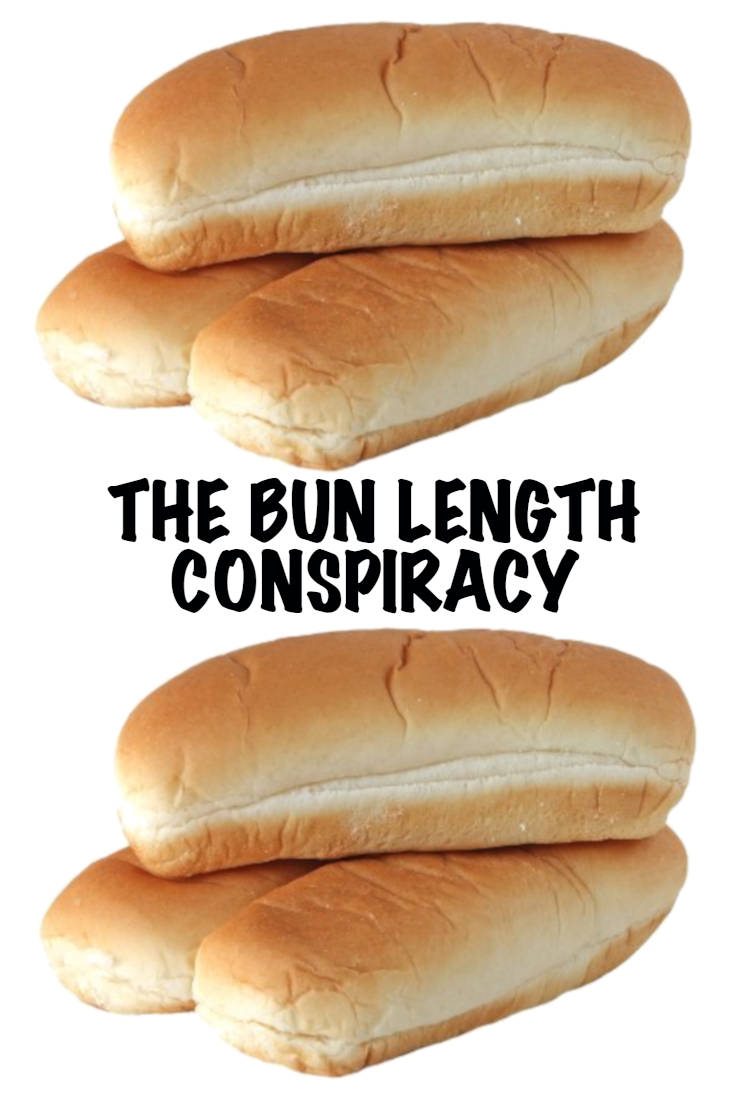 Is there some section of the hot dog buying public that wants a bite or two of just bun and perhaps a little topping WITHOUT hot dog? Are these shorter dogs designed to be eaten in beans & franks recipes or bunless? Did shorter buns exist that I just never have encountered? Was this further evidence of some elaborate Illuminati conspiracy?

NOPE. It’s nothing more than a trick of consumer marketing.

Hot dogs are sold in one pound packages, but there is no set standard for individual hot dog weight. If you look at a wholesale hot dog list, you’ll generally find 4, 8, and 10 packs. As each pack is one pound, that means 4 ounces, 2 ounces, and 1.6 ounce dogs. In many cases, all three would roughly be the same price per pound.

Somewhere along the way, consumer studies showed most shoppers perceive that more things in a pack are greater value. So of course, 10 hot dogs must be a better value than 8 hot dogs because most people do not take into account package weight. It’s TWO MORE so it’s a better deal even if they are smaller. Plus, if you choose that 10 pack, you’re going to either eat two dogs bunless or you’re buying another pack of buns. So is it REALLY a better value?

Not in my opinion.

I see 8 packs as the way to go. They are generally better quality dogs. You get a one to one bun/dog match so no extra buns to buy. The dogs are bun length so you’re not getting a couple of bites of air or just toppings. Plus, the longer dogs are more Instagrammable which for some reason is now important.

My advice, go for the bun length option or better still buy 8 fresh made dogs from your local kick-ass butcher.