Partridge In A Pear Chutney 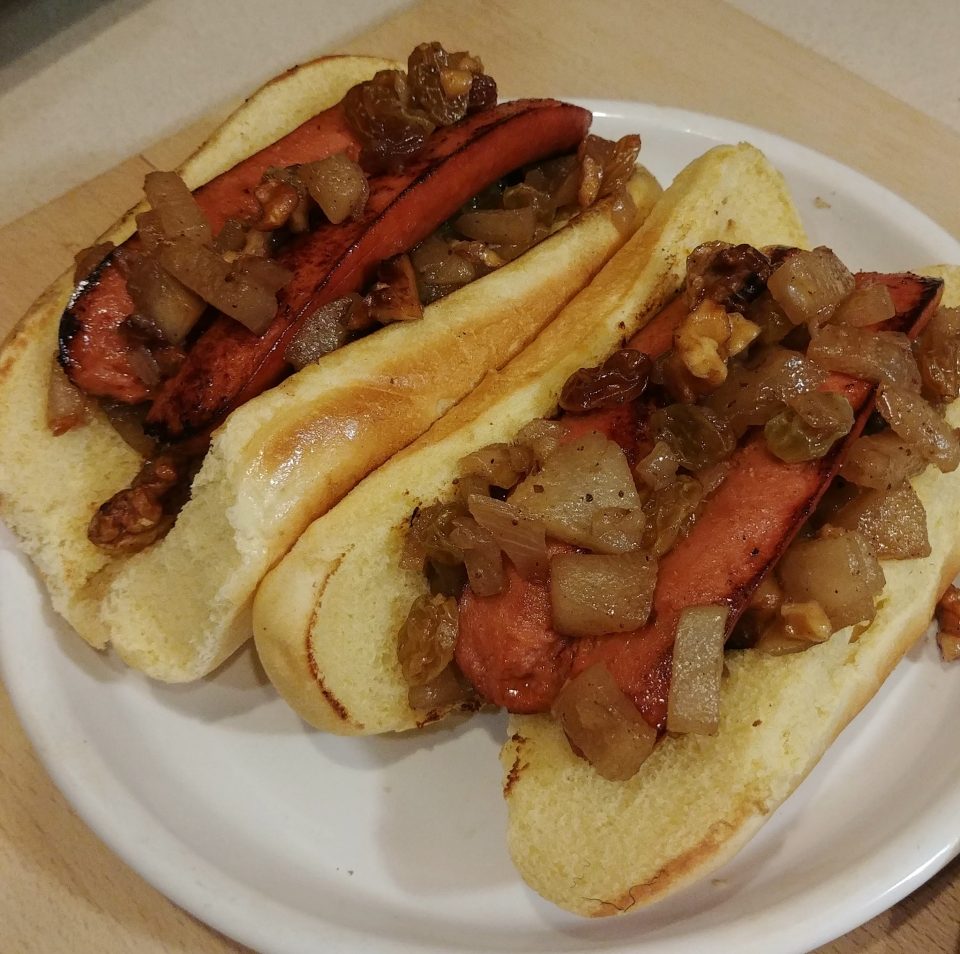 “And did not go and shout it when you walked into the room. I think I love you.”

In the game of Musical Versus, there are a series of iconic matchups. The Beatles vs. The Rolling Stones? Blur vs. Oasis? Britney vs. Christina? N’Sync vs. Backstreet Boys? (The correct answers are: The Who, Both, Christina, N’Sync) There is, however, no greater a choice than the mega-’70s throwdown of The Monkees vs. The Partridge Family. Both had successful television shows. Both had teen idols, though the Partridges also gave ’70s boys the crush-worthy Laurie. The Monkees were an actual band that played their instruments, wrote their songs, and toured. However, Susan Dey once said she loved my brisket. Of course, the correct answer is The Monkees, but that in no way diminishes the pop-cultural brilliance of The Partridge Family.

Sometimes I get an idea in my head and I just have to follow through regardless of potential success or a solid intellectual foundation. Cherie and I kicked off the December run of our short-lived Twitch show HEY! I’M SNACKING HERE! with  Hanukkah show where I made Latke Reuben Sliders. With leftover sauerkraut and 1000 Island Dressing, I had the idea to make a Reuben-style Hot Dog.

It’s at this point I decided to test a grilled cheese hot dog recipe. As folks were still celebrating Hanukkah, I went with a Reuben dog. Somewhere along the way, I decided this recipe would be called The Reuben Kincaid. As I needed a second hot dog for the episode, and wanted to continue the Partridge Family + Holiday Theme, I decided “…in a pear tree” was the jump-off point. That lead to pear chutney which resulted in “A Partridge In A Pear Chutney” with the hot dog replacing the traditional partridge,

While the Reuben Kincaid suffered some grilling issues with a planned solution in a future version, the Partridge In A Pear Chutney was a delightful surprise. I never would have guessed a sweet & savory chutney with a solid Winter Season flavor profile would work as a topping for a beef hot dog in a toasted bun. It’s a brilliant and unexpectedly delicious combo. I’m looking forward to trying this chutney on some grilled bratwursts during the backyard cooking season.

Preheat oven to 375 degrees. Spread walnuts in a single layer on a small rimmed baking sheet, and toast until fragrant and browned, 5 to 8 minutes. Remove from heat; let cool, and roughly chop. Set aside

Heat oil in a small saucepan over medium heat. Add shallot, and saute until softened, about 2 minutes. Add pears, vinegar, honey, and spices. Bring to a boil, reduce heat, and simmer until pears are tender – 10 to 12 minutes. Stir in raisins and walnuts. Remove from heat. Serve warm or at room temperature.

To assemble the sandwich, start by splitting the hot dog lengthwise leaving a hinge, and spreading the dog flat. In a hot skillet, place the hot dog cut-side down and cook until lightly charred. Flip dog and repeat for the uncharred side. Toast a hot dog bun. Place a couple of spoonfuls of chutney in the toasted bun – place the hot dog on chutney – top with a touch more chutney.