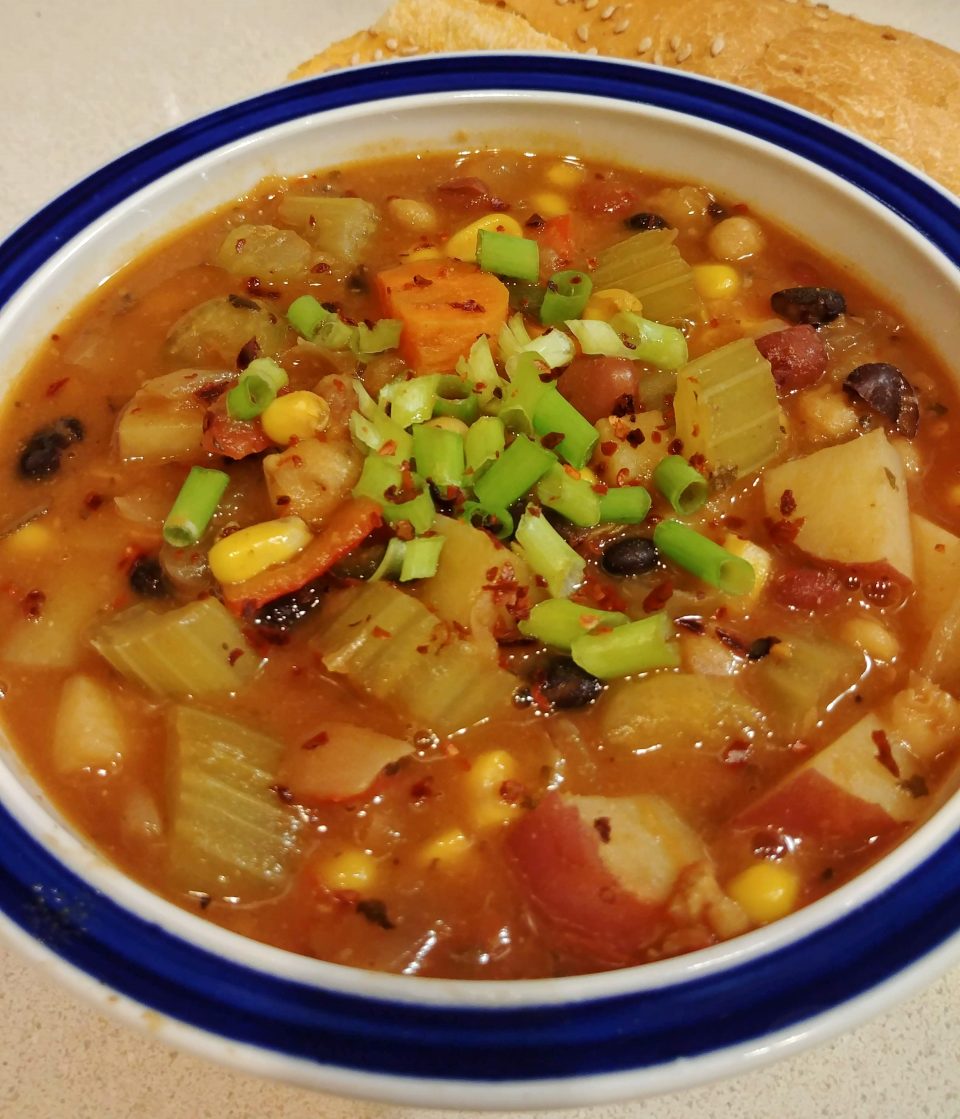 “Don’t know how you do the voodoo that you do”

Once upon a time, before I started cooking and writing music & food puns, I worked in the music business. One of my early gigs was buying CDs for a distributor in Detroit. I was the long-haired white guy supplying a steady stream of releases to the majority of soul and r&b stores in the greater Detroit area. It also meant the opportunity to meet a steady stream of ’80s and ’90s musicians. One such meeting was with Salt-N-Pepa making the rounds to promote “Push It!’ At that time, they were just a couple of kids with an electro-rap novelty tune that I figured would be the definition of “One Hit Wonder.”  They were, for their age, also incredibly nice people and genuinely great to meet. So I was delighted to be proven wrong on the one-hit front when they continued to get better and better with each release. In my opinion, Very Necessary is their best and most mature release. While I think “Whatta Man” is the best track on the album, the theme song here comes in a very close second.

I know there’s no actual thing as a “stoup.” It’s a made-up dish name popularized by Rachael Ray. Ms. Ray has taken a lot of culinary flack over the years, but I have to give her credit where credit is due. She’s out there, making everyday food for everyday people, and trying to spread the joy of simple home cooking. That’s something anyone reading a food blog should be celebrating, and so I salute you, Ms. Ray.

According to Ms. Ray, somewhere between a stew and a soup lies the stoup. You can think of it as either stew with extra liquid or soup with extra meat & vegetable. I prefer stoups to soups opting to go heavy on vegetables. I’ve never been much of a broth heavy soup fan. They always feel like an appetizer when what I usually want is a meal.

This recipe started as a fairly simple black bean stoup, but over the course of working on the recipe, I never felt I was hitting that “stoup” level-up I wanted. Using just black beans either ended up being a vegetable soup with beans or too much like traditional black bean soup with vegetables. As I’ve been experimenting with more bean varieties since the Lockdown Of 2020, I decided to up the beans in this stoup.

Giving credit where it is due, this is a riff on Rachel Ray’s Tangy Three Bean Stoup taken into a slightly Southwest spice vibe. One major disagreement I have with the original is the use of green beans as one of the titular “beans.” A green bean is a vegetable and not a legume. Sure, they would make a tasty addition to the recipe below, but they are NOT actual beans. I chose to drop the green beans and keep the black beans from my original stoup research.

This stoup goes together fairly easily. You’ll spend longer in the prep and simmer phases than in the active cook time. When simmering, start with about 30 minutes and then check the potatoes and carrots. You want them to have a bit of toothiness before adding the corn as they’ll continue cooking. Nothing worse than mushy potatoes and carrots. Also, as with most recipes that are stew adjacent, this gets better with a bit of time in the fridge.

In a soup pot, heat the olive oil over medium-high heat. Add the onions and saute until translucent. Add the celery, peppers, and garlic and cook until tender, about 6 minutes. Add the cumin, oregano, salt, and pepper and cook one minute or until fragrant. Add the chickpeas, kidney, and black beans and stir to thoroughly combine.

When potatoes and carrots are done, add the frozen corn and lime juice and simmer 10 minutes.