I Got Five Spice On It 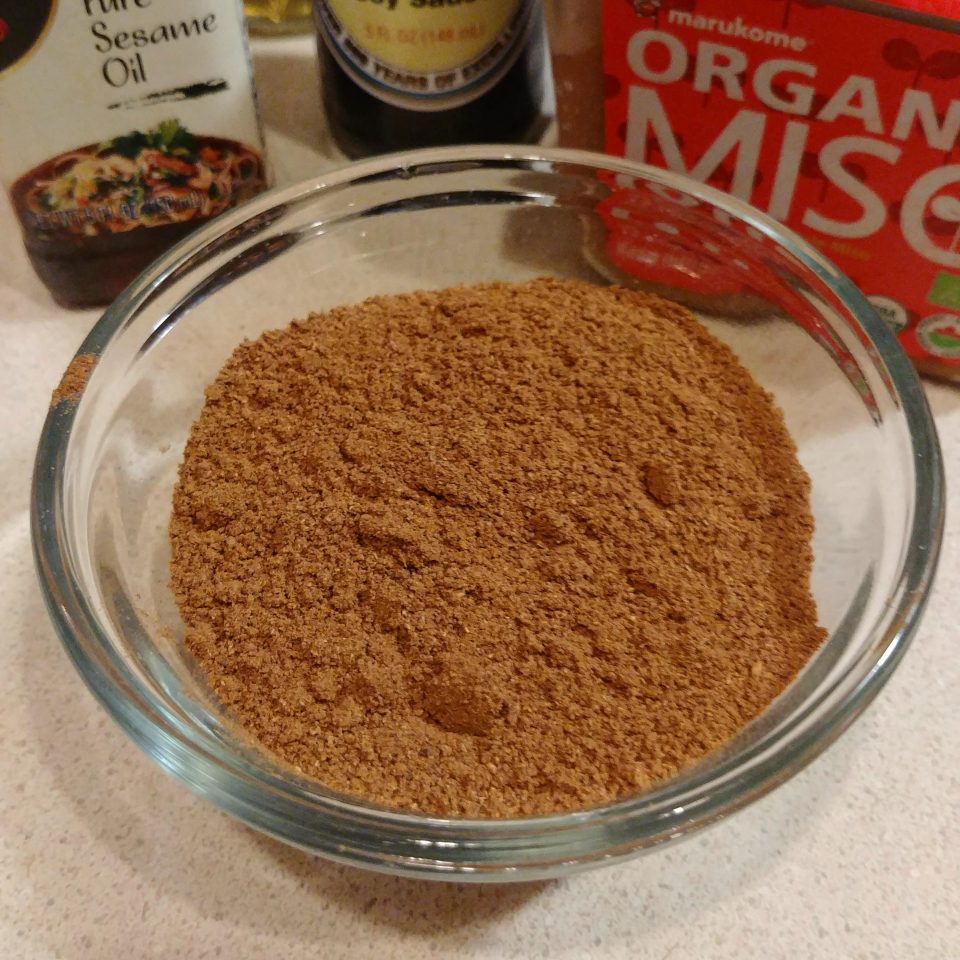 I had pretty much forgotten this ’90s R&B Hip Hop gem until it was featured prominently in Jordan Peele’s Us. I am a complete sucker for this West Coast G-Funk sound best typified by Warren G.’s “Regulate.” The Luniz hails from Oakland, CA, but honestly, I don’t know much else about them. This appears to be their only hit. I guess if you’re going to be a G-Funk One-Hit Wonder you might as well make it as bangin’ as this one.

When researching protein options for my upcoming Ramyun With The Devil series, I came across several seitan and tofu recipes that used Five Spice Powder. Despite the amount of Asian cooking I do at BGC, I never have this seasoning in my pantry. That’s likely due to once, years ago, having a recipe requiring a teaspoon that required buying a pricey jar at the grocer only to never use it again. Sure, that was years ago and I’m much better at finding ways to use up odd ingredients, but I retained the resistance to buying Five Spice.

Turns out I didn’t have to and probably neither do you.

I’d be willing to bet almost every one of the spices required for this recipe is in your pantry. The outlier might be Sichuan peppercorns which I’ll admit you’re not going to find at your average local grocer. They are easily available at higher-end grocers, spice stores, Asian markets, and (if all else fails) Amazon. For this recipe to come out right, there’s simply no substitute. You’re going to need those peppercorns.

Beyond acquiring the Sichuan peppercorns, this is an incredibly simple recipe. A quick spice toasting, some grinding, a little sifting, and you’ve got a spice blend better, fresher, and cheaper than anything you’ll find at the store.

Toast peppercorns and fennel seeds until fragrant. Place toasted spices in a spice grinder with the star anise. Pass the ground spices through a fine-mesh strainer to get an even consistency. Add the ground cloves and cinnamon and mix thoroughly. Store in an airtight container.