This Bread Is Bananas 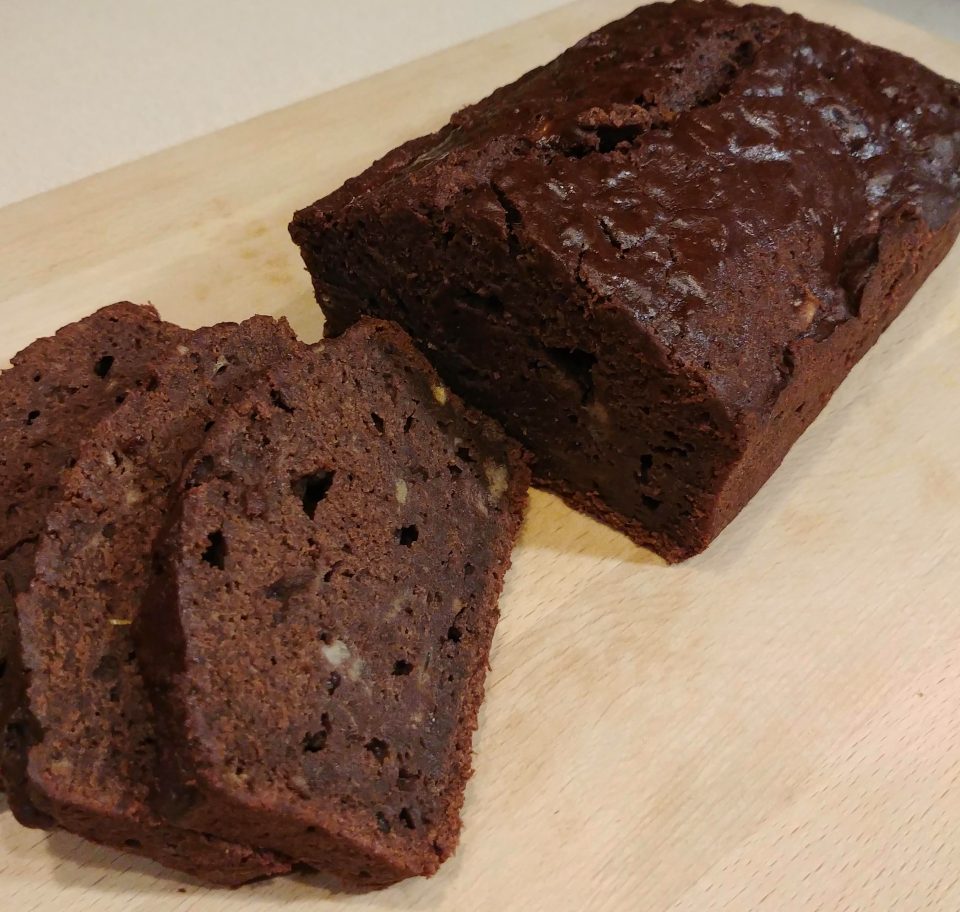 “We’re not pretty, but we’re not dead. We can be Banana Bread.”

I’m a No Doubt fan and dig most of their albums. I can even say there are a few Gwen Stefani tracks I dig, but honestly not “Hollaback Girl.” Maybe it’s the faux cheerleader schtick (Toni Basil did it better) or maybe it’s top-level songwriting like:

So I’m ready to attack, gonna lead the pack
Gonna get a touchdown, gonna take you out
That’s right, put your pom-poms down
Getting everybody fired up

In any case, the “this shit is bananas / B-A-N-A-N-A-S” line is perfect for a banana bread recipe. I just needed to find a song to use as a theme because no way in hell was I linking to “Hollaback Girl.” So I searched Spotify for “banana” and discovered there are WAY more songs with “banana” in the title than one would think. I skipped the obvious “Banana Boat Song (Day-O).” Thought about Raffi’s “Banana Phone” and very very briefly Ween’s “Bananas and Blow”, but nothing seemed right.

Then I discovered Caspar Babypants and the brilliant “Banana Bread.” It is sung from the standpoint of a bunch of bananas on a kitchen counter and is a meditation on the lifecycle and existential dilemma they face. Looking snappy when they are first put on the counter, they are ultimately forgotten and neglected until they are ” a fruit fly-covered brown and bummed out bunch.” They ultimately make a plea to be useful in what is honestly a pretty dark lyrical turn:

I am not a baker. I have spent years learning a variety of culinary techniques, but never really spent any time with baking. Some of that may come from the fact I’m not really much of a baked goods kind of guy. I rarely eat dessert. I prefer just coffee for breakfast. Plus, for most baking recipes, I’ve found there is a precision that is more scientific than most other culinary techniques.

So when I started thinking about the Music & Food project, I knew I wanted to push the envelope of my skills. I wanted to learn new techniques. Try new things. That meant baked goods. I had been working in a cafe that had very popular banana bread, and I had VERY ripe bananas on the counter, so I started researching recipes. What I learned was how easy banana bread is. One bowl, no special equipment, and pretty much flawless results every time.

I started with basic simple recipes but ultimately wanted something a bit more decadent. If I’m going to make a baked good, it should be an indulgence. Bananas and chocolate are an obvious combo. Here, a portion of the flour is replaced with cocoa powder keeping things simple and not requiring any special chocolate skills. I then thought, “Hey! I love chocolate and orange!” So in went a bit of fresh-squeezed orange juice. I’m not a “nuts in banana bread” kind of guy, but some walnuts or pecans would work nicely here. I do like to keep a few banana chunks when mashing so the bread had an extra flavor punch and texture. This is certainly more a cake than bread, but that’s pretty much the case with banans bread. A slice of this goes a long way to satisfying several cravings at once.

It’s also the perfect way to pay tribute to those neglected bananas on your counter.

Heat your oven to 350°F. Butter a 9×5-inch loaf pan, or spray it with a nonstick baking spray.

Mash bananas in the bottom of a large bowl. Whisk in melted butter, then brown sugar, egg, orange juice, and vanilla. Place baking soda, salt, cinnamon, clove, ginger, flour, and cocoa powder in a sifter or fine-mesh strainer and sift over wet ingredients. Stir dry and wet ingredients with a spoon until just combined.

Pour into prepared pan and bake 55 to 65 minutes, until a tester or toothpick inserted into the center of the cake comes out batter-free. Cool in pan for 10 to 15 minutes, then run a knife around the edge and invert it out onto a cooling rack. Serve warm or at room temperature.

The banana bread will keep for up to 4 days at room temperature wrapped in foil or plastic wrap.

Three rounds of testing but I think it's finally a

#Fryday vibes with recipe R&D for an MM..FOOD soup

This #TBT post proves I'm not all seitan & veg rec

Working on a ton of new recipes & posts for next w

I'm working on a ton of new recipes & snack review

GOODBYE MR. DIABLA CHIPS One of my new 2021 BGC pr

As a follow up to rapp snitch knishes, if you've e