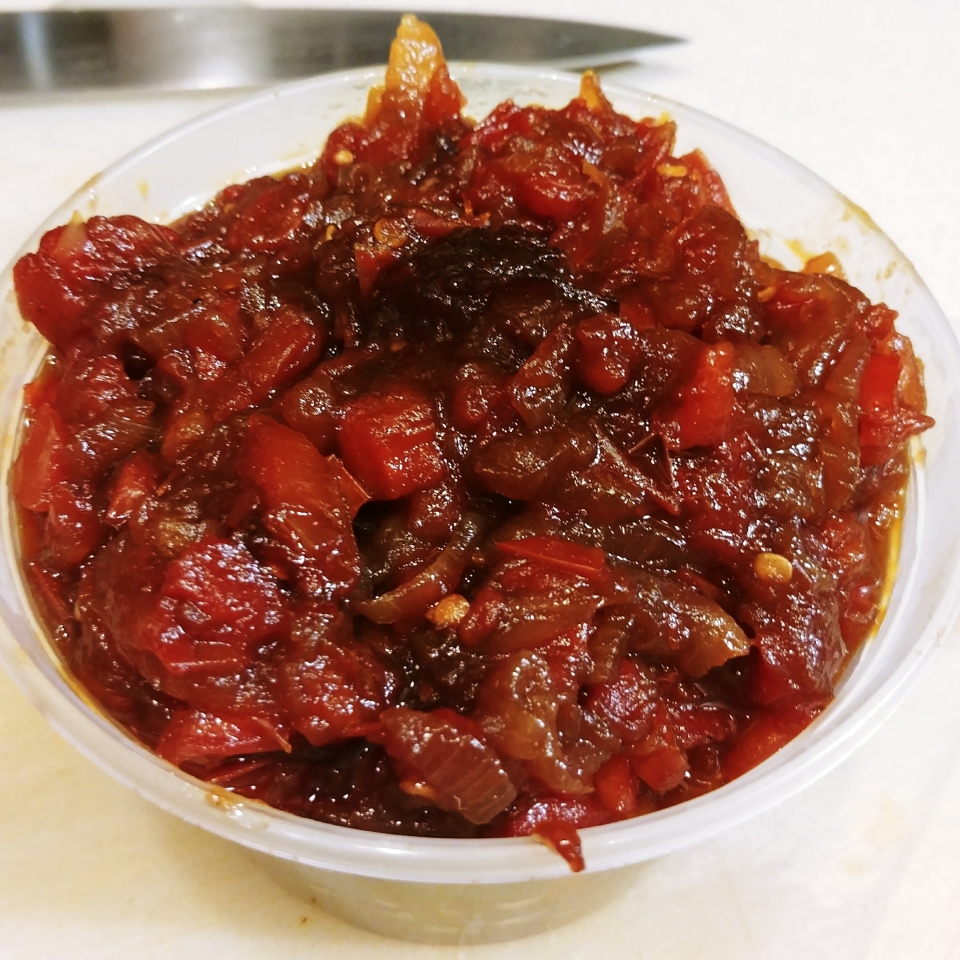 I’m fairly certain I discovered Stereolab due to some WAY cooler co-workers in my record label years. I know Emperor Tomato Ketchup was my gateway album. At the time, I was deep into lounge and ’60s pop nostalgia. That nostalgia led me into ’60s French pop and early synth experiments. So, when encountering Stereolab, it was love at first listening. While not the theme song for this recipe, check out “Metronomic Underground.” If you do not immediately fall in love with Lætitia Sadier then you are dead to me. It’s an earwig that doesn’t know it’s an earwig. Or does it? This remains my favorite album. Perhaps not a bold choice, but the ear wants what it wants.

I have never understood the concept of artisan ketchup in a restaurant setting. Chef-driven ketchup is rarely better than the established brands. Even worse, it often results in that disappointing moment where you BELIEVE it is ketchup but when you TASTE it the cognitive dissonance essentially ruins the meal. I am not talking here about fruit sauces a chef calls “ketchup.” I am talking about those moments where a chef attempts to elevate and innovate on a flavor many of us have carried with us since childhood. It’s pretty much guaranteed to fail.

Unless the chef ditches the concept of ketchup and goes straight for the jam. Specifically: tomato jam.

I’ve loved pretty much every variation on tomato jam I have ever encountered. In my professional cooking days, we used tomato jam for several house burger specials. I once used it as part of a brunch item. It’s great on basically anything, adding both a sweet and savory component in one ingredient. Plus, it is superior to ANY ketchup ever.

This is definitely a day off/weekend recipe project. You’re going to need time. Time to properly caramelize the onion. Time to properly reduce the jam. Time to consider if naming a tomato onion jam after a Stereolab song is the most Brooklyn thing ever.

Melt butter in a large saucepan over high heat. Add onions and stir to coat in the butter. Spread onions out into a single layer and do not touch for about 5 minutes. This will allow the onions to start browning and brown bits to form on the bottom of the pan. Add 3 tablespoons of water to the pan and scrape the brown bits off the bottom. Stir the onions and spread them into a single layer. Keep repeating this process every 5-7 minutes until the onions are completely softened and a deep, dark brown, about 15-20 minutes total.

Patience is a virtue & a necessity here. You want to let the onions get fully and beautifully caramelized. That WILL take some serious time and work but will be worth it.

Once you’ve got beautifully caramelized onions, add the tomatoes, turbinado sugar, brown sugar, lemon juice, vinegar, salt, and red pepper flakes in with the onions. Stir to combine everything thoroughly. Bring mixture to a boil, then reduce heat and simmer, stirring occasionally, until tomatoes have broken down and jam has thickened about 1 to 1 1/2 hours.

Again, patience is your friend here. Let the jam take its time and you will be rewarded with a thick dense jam. Just remember to stir occasionally to keep the jam from scorching.

When the jam is finished, let cool then spoon into an air-tight storage container and keep in the fridge.