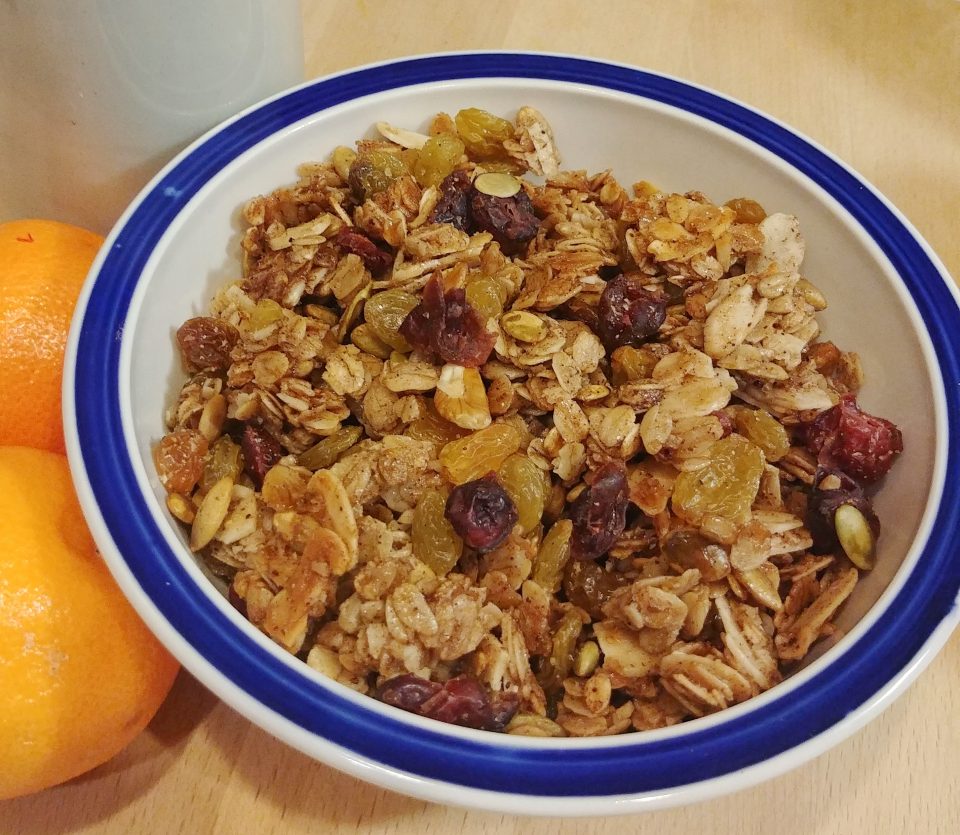 “Drop your shrink, and stop your drinkin’. Crunchy granola’s neat”

The ’70s were the Golden Age for live albums. I owned Kiss Alive without ever having heard a single studio release. I was familiar with early Bob Seger, but his Flint, MI concert was my first concert because I dug ‘Live’ Bullet. If Frampton Comes Alive was required listening for all suburban teens, then Hot August Night was its equivalent for suburban moms. A fact made truer by my actual first concert being Neil Diamond at Pine Knob for my mom’s birthday. I’ll admit, I’ve been a life-long fan and Hot August Night is the #2 on my list of live albums from the ’70s.

“Crunchy Granola Suite” kicks off Hot August Night: a classic 70s pop-rocker with nonsensical lyrics. Until I decided to name my granola recipe after this song, I honestly never thought to research what the song means. According to the In My Lifetime liner notes, Diamond says after he moved to California, he was impressed with the health food consciousness there. He thought this song might actually change people’s eating habits. I’m missing that nutritional philosophy in lyrics like “Deedle-dee deet deet deet deet deet deet deedle dee doo”, but hey it was the ’70s so maybe he knew something I don’t.

Amusingly, I started making my own granola when I decided to start eating cleaner. (I guess the song’s influence just took 40 years to kick in!) I like to snack in the evening and was looking for something where I could control the ingredients. I love the simplicity of this recipe. There is a bit of sugar to it, but not as much as commercial granola and I use unrefined sugars.

I’ve experimented with other nuts and seeds, but have not found any combination I enjoy better than the one in this recipe. For spices, I prefer the trinity of cinnamon, ginger, and clove, but nutmeg and allspice also work nicely. The real creativity comes with the mix-ins. I usually go with golden raisins or dried cranberries, but the variations are endless. Try any type of dried fruit, dried coconut, chocolate chips, or any combination of these. A quick Google search reveals a vast array of granola variations. I prefer larger pieces when breaking it up, but you can break it down to your preferred size.

This as a perfect snack straight up in a bowl. Adding yogurt or milk makes this a bit more of a meal. The best part is homemade granola is much cheaper and usually better than anything you’ll find in the store. Once you start making your own, you’ll never go back to buying.

Combine everything in a large bowl and stir to thoroughly coat. Make sure brown sugar dissolves and incorporates completely.

Line a baking sheet with parchment paper. Spread granola on the pan, pressing down slightly to compact the granola. Place in oven.

Bake for 12 minutes. Rotate pan and bake for another 14 minutes. Keep an eye in the last few minutes. Granola should be golden brown not burnt.

Remove from the oven and let cool completely. Break into pieces, mix with raisins, and store in an airtight container.