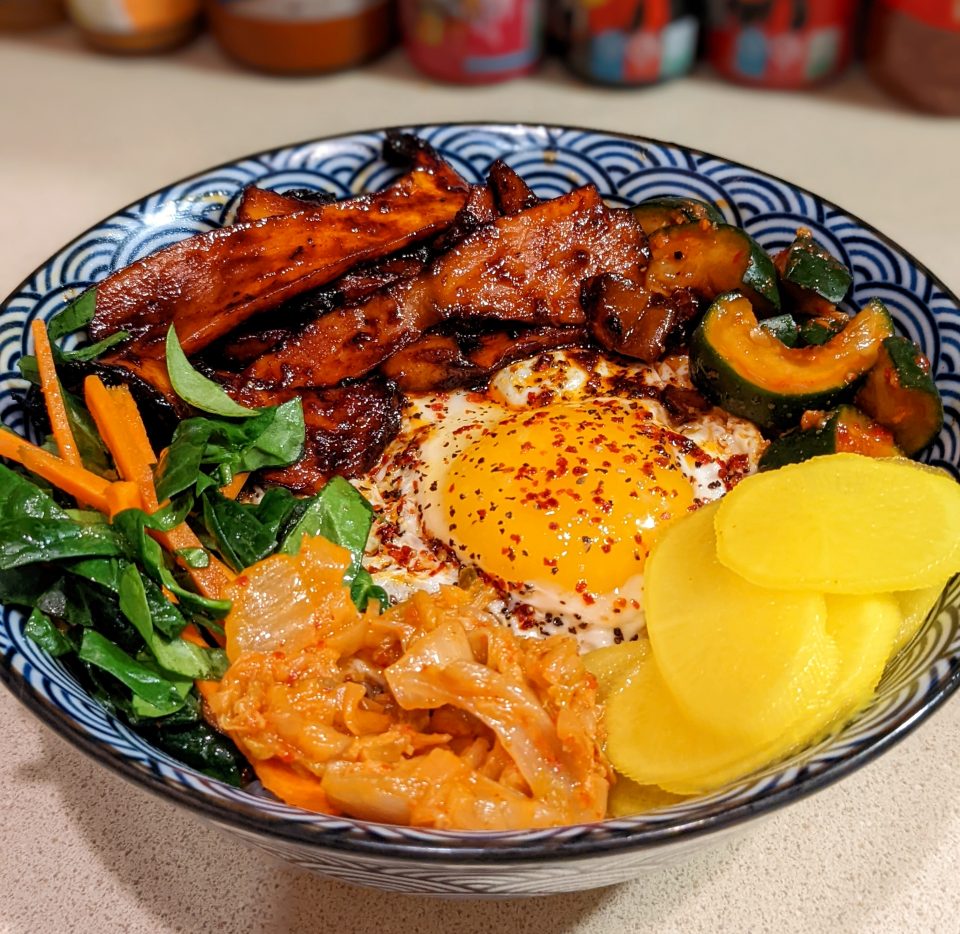 “In an mmmbop they’re gone”

I feel musical earworms have an undeserved bad reputation. In case you are unfamiliar, an earworm is a song that has a hook so catchy it gets stuck looping in your brain hours or days after you have heard it. In many cases, simply mentioning the title of an earworm can trigger the loop. The All-Time #1 Champion Musical Earworm will always and forever be “It’s A Small World.” Even as you read that, it started playing in your head. I maintain, for pop music lovers of a certain age, the theme song for this recipe is a strong contender for the #2 position. An insidious melody hook and nonsense lyrics combine into a subconscious burrowing loop that will assert itself when you least expect it. This is fine as it is a brilliant example of joyous One-Hit Wonder pop music. While I acknowledge Hanson has had a long and successful career far beyond this massive one-hit, I challenge anyone but the diehard fan to name another Hanson song. On a side note, I once rode an elevator with the girl from Hanson, but that’s a story for another time.

Why this recipe name never occurred to me over the decade I cooked professionally is a mystery. Bibimbap was a staple of my college years. Relatively cheap, sort of healthy, and very filling. There was a Korean quick-serve near where I worked that absolutely crushed this dish. Over the years, it’s become my go-to dish for most Korean restaurants.

This is a template recipe where any number of toppings could be subbed in. I chose to go vegetarian as I love a crispy fried egg on mine. You could make it vegan by swapping the fried egg for tofu. Saucy charred king oyster mushrooms sub in for the traditional bulgogi, but chicken or beef are great if that’s your thing. This recipe appears to have a lot of moving parts, but a quick prep leads directly into quick cooking times that end with a simple assembly. The longest time is making the cucumber kimchi and pickled daikon, but even that can be shortened with a store-bought alternative (not that I recommend it).

Divide the rice between two large bowls. Sprinkle a bit of furikake and gochugaru (if using) and drizzle the rice with 1 1/2 tablespoons of MMMBop sauce.

Fry eggs in a skillet however you prefer them. I go with crispy whites and a runny yolk and season with salt, pepper, and gochugaru. Place an egg on top of the rice in each bowl. Arrange the mushrooms, pickles, kimchi, and salad around the edges. Serve with MMMBop Sauce.

Place all of the ingredients in a medium bowl and whisk to thoroughly combine. Storage in an airtight container in the fridge.

1 cucumber
1 tablespoon kosher salt
2 scallions, chopped in the same length as the cucumber

Place all of the kimchi sauce ingredients in a bowl and whisk until well mixed. Set aside.

Cut off both ends of the cucumber. Cut the cucumber in half lengthwise. Remove the seeds. Cut into 1/2-inch half-moons. Put the cucumber into a large bowl along with the scallions then scatter the coarse sea salt around on top. Gently mix them so that the cucumber gets pickled evenly. Set it aside for 20 minutes.

Gently brush off the salt from the cucumber then transfer the cucumber into a clean bowl. Pour in the kimchi sauce then gently mix to combine thoroughly. Transfer into a glass container and cover.

Keep it at room temperature for about 12 to 18 hours then move it to the fridge. Serve once chilled.

In a medium saucepan, stir together water, vinegar, sugar, salt, turmeric, and peppercorns. Bring to a boil over medium-high heat, stirring to ensure that sugar fully dissolves. Remove from heat and add daikon. Press a paper towel directly against the surface of the brine and let cool to room temperature, for 1 to 2 hours.

Combine the carrots and spinach in a medium bowl. Dress with the sesame oil and toss to coat completely. Set aside.

Clean and slice the mushrooms Place in a medium bowl and toss with the sauce. Allow to marinade, on the counter, for 30 minutes. During this time, the mushrooms will start releasing their moisture. Do not discard the excess marinade liquid when you go to cook.

Heat the vegetable oil in a large cast-iron skillet or non-stick pan over medium heat. Place the pieces of marinated mushroom flat on the pan. Leaving room between the pieces means you’ll need to work in batches. Leave the mushrooms untouched for 2-3 minutes or until lightly charred and then flip over to repeat on the other side. Once nice and lightly charred on both sides, remove the mushrooms from the pan. Repeat this for the rest mushrooms.

Once all the mushrooms are lightly charred. Place them back into the pan and then pour in the remaining sauce/marinade. Leave the mushrooms to cook in the sauce until it starts to thicken and glazes the mushrooms. Remove from the heat.