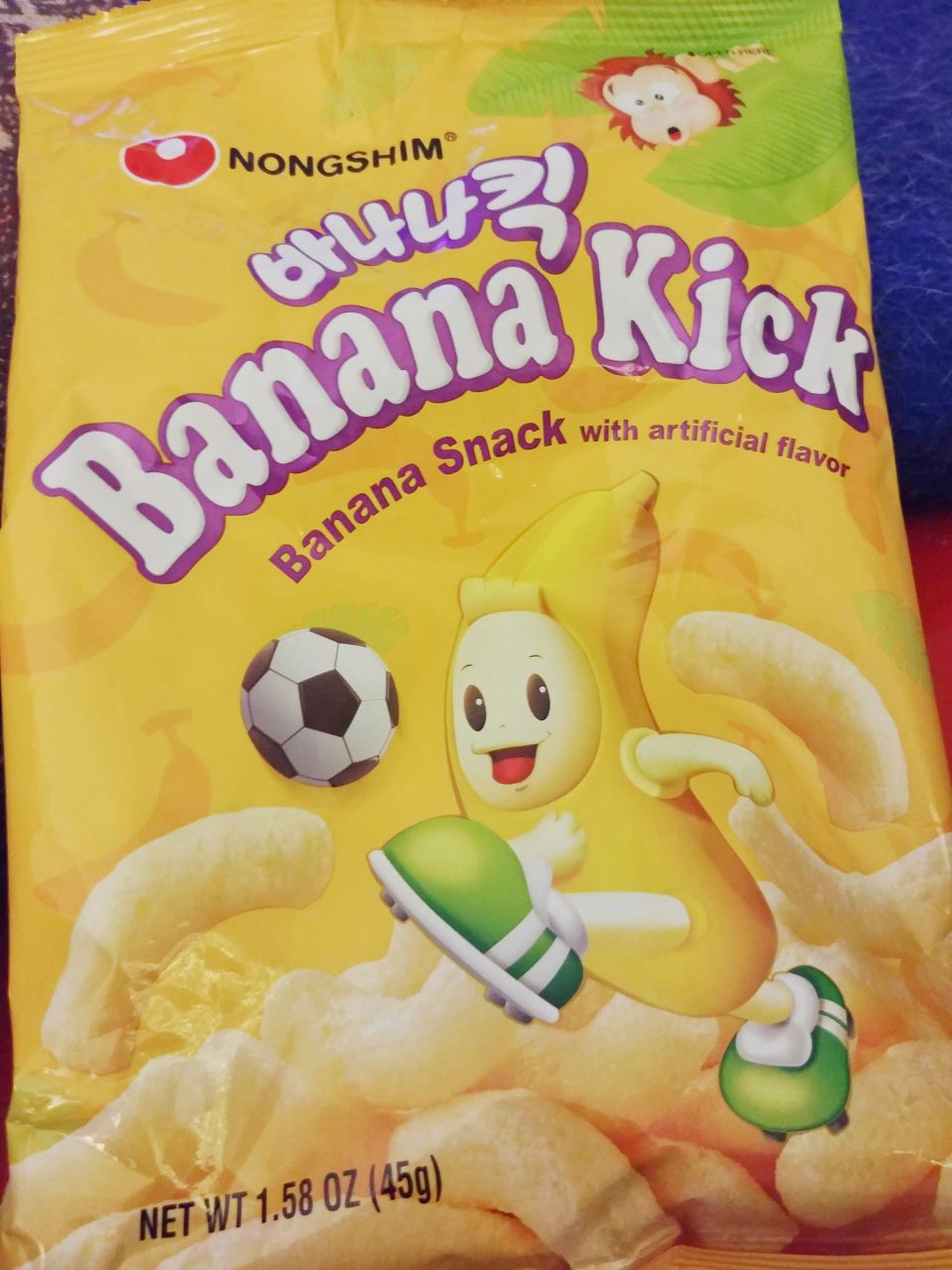 The One Where Frank Eats An Allegedly Banana Flavored Snack

Nongshim is one of my favorite instant noodle companies. I have yet to find any of their noodles I do not love, and the Shin Ramyun Black is perhaps my favorite instant noodle to date. (I’m still on a noodle quest so I can’t say “ever!”) So when this bag was spotted on a recent trip to H Mart, I had no choice but to buy it. Turns out, Nongshim makes quite a variety of snacks. I’m hoping the rest turn out to be better than this introduction to the Shim Snack Universe. 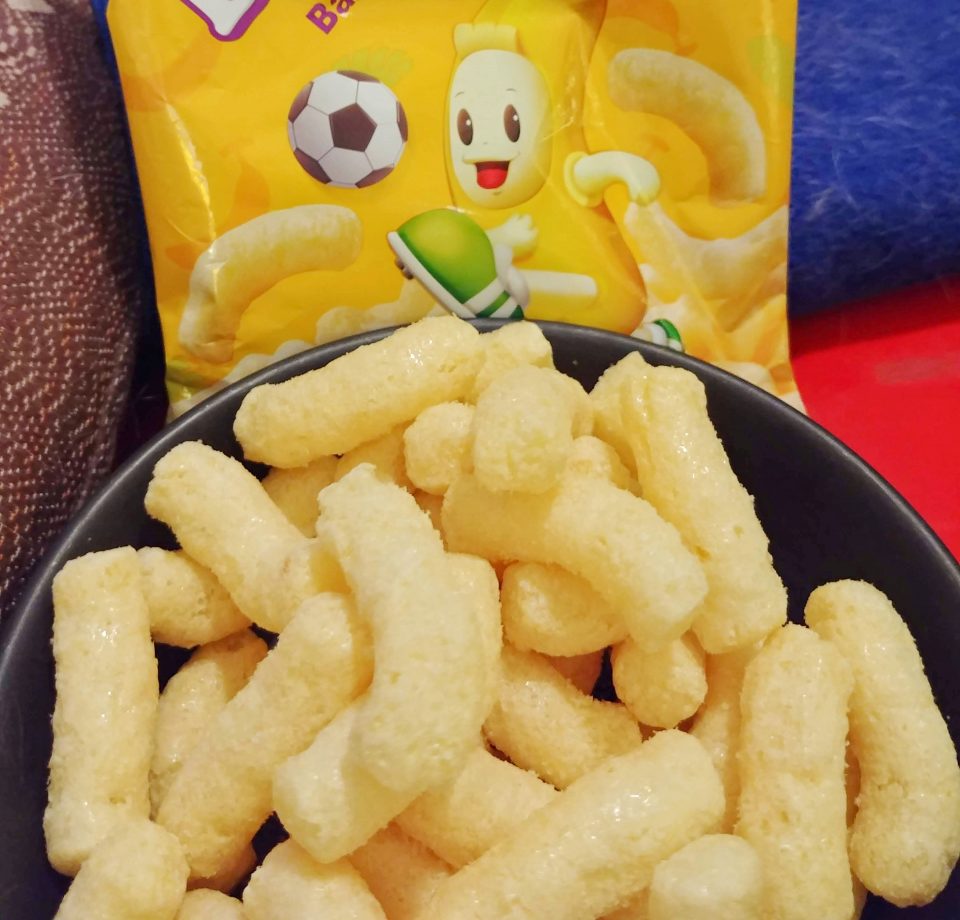 Most Asian snack package design absolutely crushes US packaging. I mean, come on, that’s an adorable mascot. Why exactly is he kicking a soccer ball, other than the “kick” in the name, is beyond me. It does however set up a missed opportunity with this snack. They are not soccer-ball-shaped.

They are, in fact, packing-peanut-shaped.  They also have the texture of packing peanuts. They might be a corn-like substance but lack any sense of crunch or airiness. It just turns into a weird mushiness.  A weird mushiness with a lingering aftertaste.

That aftertaste is the major fail. Sure, they state clearly “artificial flavor” on the package, but DAMN! This doesn’t even reach the pseudo-banana of Now & Later or Banana Bubblicious bubble gum.

To be honest, I was fairly dubious going in. After all, if you’re expecting a snack revelation from an artificially flavored banana puff, you’re perhaps not thinking things through. It won’t stop me from trying the rest of the Nongshim snack line, but I’ll definitely be avoiding banana snacks going forward.